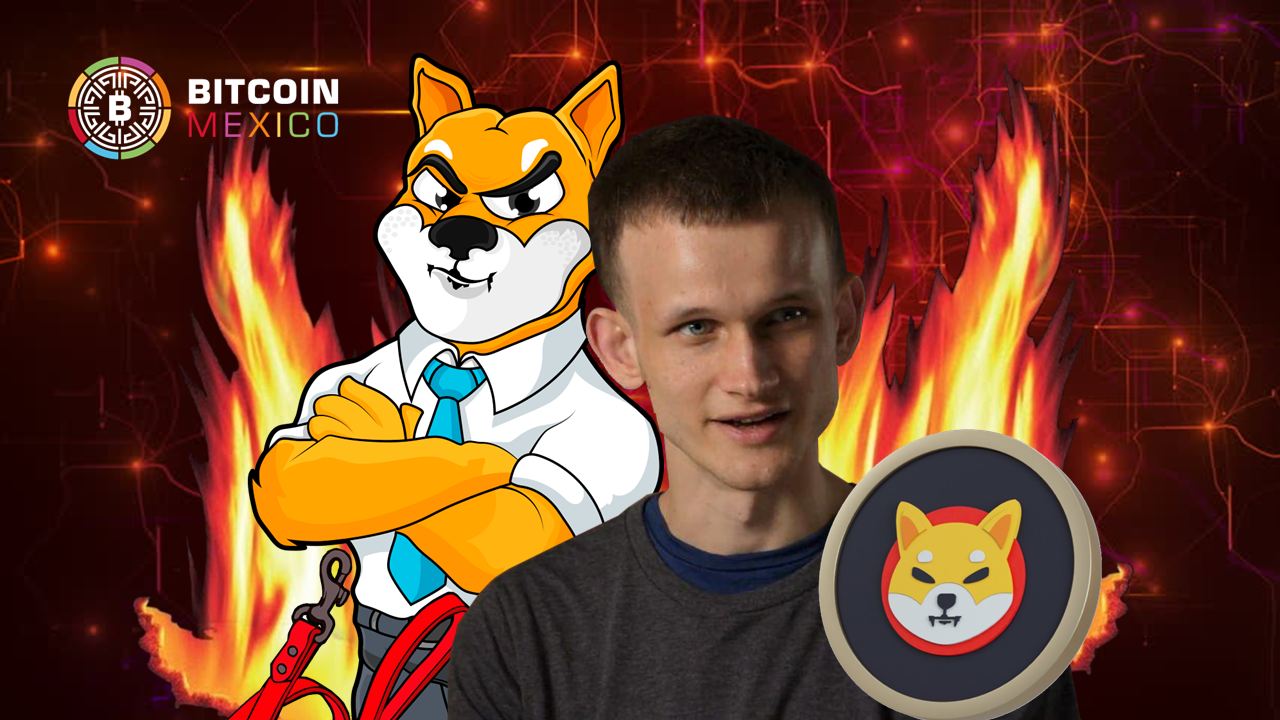 As time progresses, the fame and popularity of digital assets, more and more people are interested in this type of virtual money, and therefore, they are also interested in acquiring some of them, either the most popular ones such as Bitcoin or Ethereum, or those that have become popular by third parties, such as Dogecoin.

However, something that could attract the attention of thousands of people is how the owners of cryptocurrencies have decided to get rid of them, instead of simply becoming a hodler. This seems to be the case for Vitalik Buterin, co-founder of Ethereum and Bitcoin Magazine.

In a nearly two-hour interview on the UpOnly podcast, with the presenters Coby Y ledger, one of the topics that Buterin addressed, was the incredible work of burning nearly $7 billion worth of crypto asset SHIB, same ones that were sent to him by the founders of Shiba Inu. This amount represented 90% of the SHIB he owned and the other 10% he donated to a charity.

Index hide
1 Step by Step
2 How exactly did Buterin get rid of those tokens?

But let’s go in parts, to understand why Buterin burned all that money, it must first of all be clear that Shiba Inu (SHIB) is a meme digital currency, which is based on ETH and that increased 40,000,000 percent in 2021 according to the specialized portal CoinGecko, which allowed holders to become nouveau riche quickly.

Now, in May 2021, the developers of the currency gave Buterin 50 percent of the total supply of SHIB, with which the founder of Ethereum managed to have in his possession approximately 505 billion SHIB, that is, around $8 billion dollars at the time.

It should be noted that, as is known, nothing in life is fortuitous, and this case is no exception, since the purpose of the gift was that, by sending that amount of tokens to Buterin, These will they would burn effectively, that is, It would leave them out of circulation, which would cause the supply to drop and therefore the demand to increase.

Read:  Bitcoin Forum in the Senate of the Republic of Mexico

For his part, Buterin decided to send both SHIB and other crypto donations to various charities. In fact, Buterin donated 50 billion SHIB, roughly $1.2 billion at the time, to India’s Crypto Covid Relief Fund.

Subsequently, the Bitcoin Magazine co-founder burned approximately 90 percent of his remaining SHIB tokens, for the plain and simple reason that he did not want to be “a place of power”, according to a note attached to one of the transactions. .

How exactly did Buterin get rid of those tokens?

Buterin explained on the podcast the long and tedious process he went through to get rid of that amount of digital assets, which included buying a laptop to complete the transaction.

As Buterin noted, “fit was a creepy and funny moment at the same time“, the scariest part being the fact that that amount of money, was the most he had ever had in his life.

Buterin pointed out that the funds he received from the founders of SHIB were initially in a cold wallet, like two numbers written on sheets of paper.

The co-founder of Ethereum pointed out that it was required to combine the two numbers, to get the private key, however, the complexity of it lay in the fact that one of the numbers was with his family in Canada, the other was his and he had it on hand.

Once this eventuality had been sorted out, Buterin entered the number in the computer equipment he acquired. He subsequently generated an Ethereum transaction to send the crypto money to the charity.

As a security measure and to continue his donations, before completely disconnecting the device on which he made the transaction, Buterin made sure to download a program to generate QR codes. He then scanned the transaction QR code with his smartphone, copied it to his laptop, and put it on etherscan.io/pushTx. To then start sending the tokens.

When Buterin took this action, representatives of the Shiba Inu team were optimistic, commenting that history had been made. Shiba Inu It continues to grow thanks to the support of the community and many expect it to grow, or even surpass its crypto rival, DOGE.