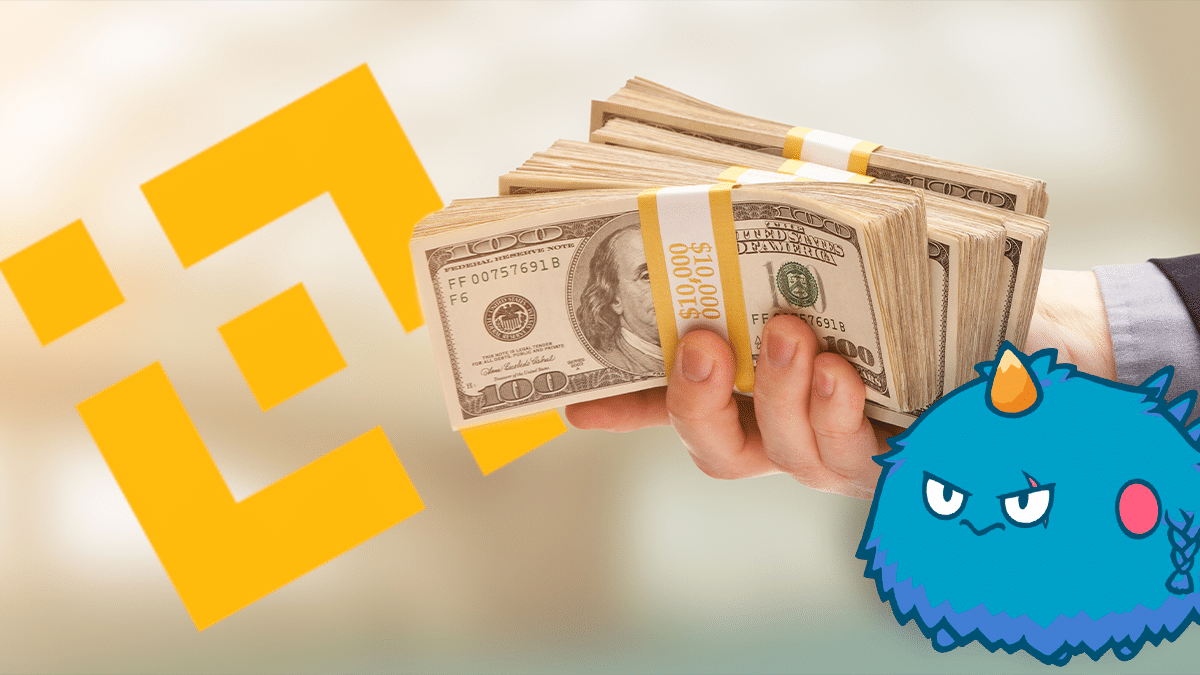 Binance announced this Wednesday, April 6, that it is leading a financing round of USD 150 million, as a contribution to the victims of the hack perpetrated on the firm Sky Mavis, the operator of the popular game Axie Infinity. In addition to Binance, the firms Animoca Brands, a16z and Dialectic, among others, participate in the financing round.

As reported by CriptoNoticias, the validator nodes of Ronin Chain were victims of an exploit that caused the loss of 173,000 ethers (ETH) and more than 25 million USDC. The theft happened due to a security breach of the Ethereum sidechain on which Axie Infinity operates.

According to a report Reuters, Sky Mavis said it will refund the money to affected players through own funds and the 150 million dollars contributed by a group of investors led by Binance.

On the other hand, the CEO of Binance, Changpeng Zhao, pointed out the following: “We strongly believe that Sky Mavis will bring a significant amount of value and growth to the entire industry, and we believe that it is necessary to support it while they continue to work hard to resolve this issue. incident”.

On April 2, Binance announced that deposits and withdrawals between that exchange and the Ronin network had been enabled, as reported by CriptoNoticias. In this way, the Axie Infinity community gradually returns to normal, while users wait for the lost money to return to their wallets.

Read:  Daily Bitcoin mining revenue plummeted in May to its lowest level in eleven months

Bitcoin is likely to become a risk-free asset in the second half of 2022, according to a Bloomberg analyst

What will distinguish the HBO Max-Discovery+ merger?

Oxxo launches service and if you live in Mexicali, stores will give away a special kit