Vicente Fernández: How your phrase “As long as you don’t stop clapping, I won’t stop singing” came about

By MartinDecember 14, 2021No Comments4 Mins Read 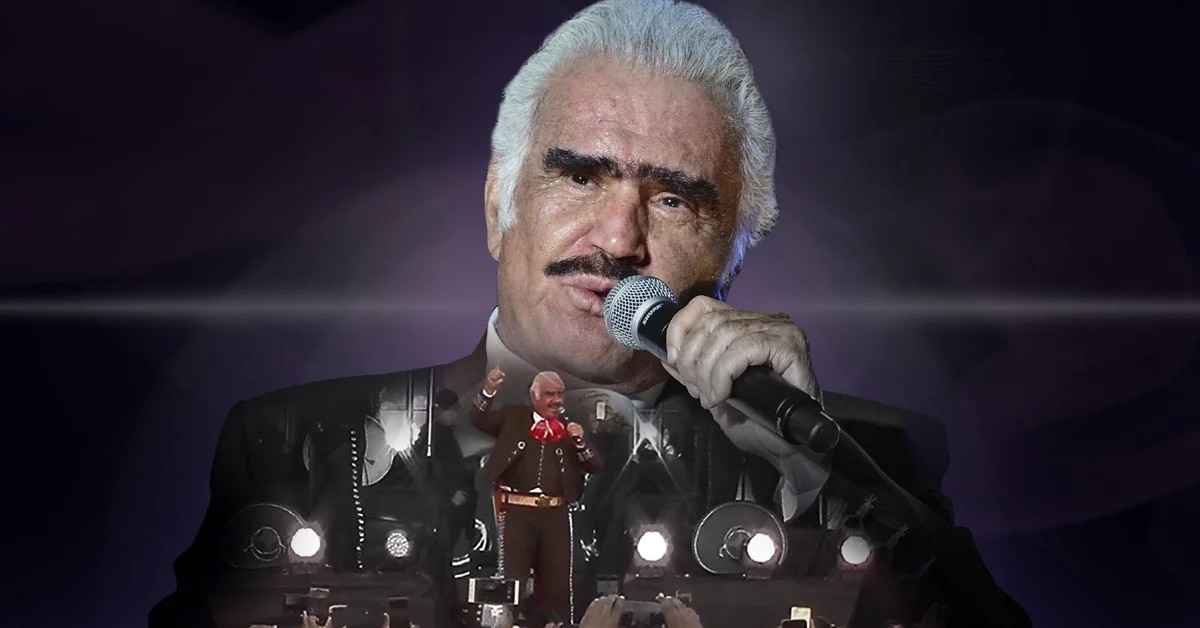 It is well known that Vicente Fernández he corresponded to the affection of his fans with the ranchero songs with which he conquered themThat is why in his presentations he put all his efforts to please his followers.

The late artist, singer of more than 400 songs of the Mexican vernacular genre, distinguished himself among other things for his famous battle motto: “As long as you don’t stop clapping, I won’t stop singing”, phrase that he uttered for decades in his numerous live performances.

And it is known that the concerts of the singer of Return They could become marathon, of two, three or more hours, depending on the disposition of the singer and the mood of his followers, who always asked for more and more songs like Divine women, this jealousy Y By your damn love, themes that sounded in the voice of Chente before the hubbub of his audience.

The phrase that Vicente Fernández repeated so many times It had its origin in the 70s, when the charro already had an important career in Mexico and beyond our borders. Emanating from his own inspiration, the distinctive cry of his career had a spontaneous origin.

“It occurred to me one day in a palenque in León, Guanajuato. Before in those places only three or four songs were sung, but the truth is that the public was not going to see the cockfights, but their artist, “Vicente Fernández himself told the magazine TV and novels some years ago.

The call maximum exponent of vernacular music remembered how in full performance he spoke with his audience about the possibility of seeing his finished Show by work of the employer who hired you:

“That time I was singing the fourth song and the businessman asked me to get off the stage. I cut off and told the audience: ‘Gentlemen, he is the businessman and he is asking me not to sing anymore. What do you think? Because as long as you don’t stop clapping, Chente He doesn’t stop singing. ‘ Thus was born and became my battle cry. Now I sing three hours and sometimes even more”, Then the late patriarch of the Fernández dynasty said.

He is also an actor in films such as My dear old and the builder He was aware of the affection that the Mexican public professed for him and what it meant in the music scene as the most representative figure of contemporary vernacular song.

On this subject, this is how the singer of Law of the hill: “I have never felt like an artist from the other world; I have always believed that I am a very lucky man, because the public loves me as a friend, a family member or a loved one. But nevertheless, I’ve never considered myself an idol and I don’t want to think about it; I prefer to be loved by people and not remembered as famous. That they remember me as a person of flesh and blood, “he said then.

After a tribute of more than 24 hours that began this Sunday, December 12 after 5:00 p.m. local time, the coffin with the body of Vicente Fernández was transferred in a mass funeral procession to his ranch “Los tres potrillos”, where the family and friends of the charro gave him the last goodbye privately and away from the cameras of the press or the public who cheered him in the Arena VFG venue, with a capacity of more than 11 thousand people.

In this way, Doña María del Refugio Abarca, Cuquita, now the singer’s widow, accompanied by her children Vicente Junior, Alejandro, Gerardo, and her grandchildren and great-grandchildren, mounted one last honor guard before burying the remains of the emblematic Mexican charro.

The time Vicente Fernández refused to lip-sync with Verónica Castro: “It is a deception to the public”

Jaime Camil, who will play Vicente Fernández in his series, made an emotional promise to the charro