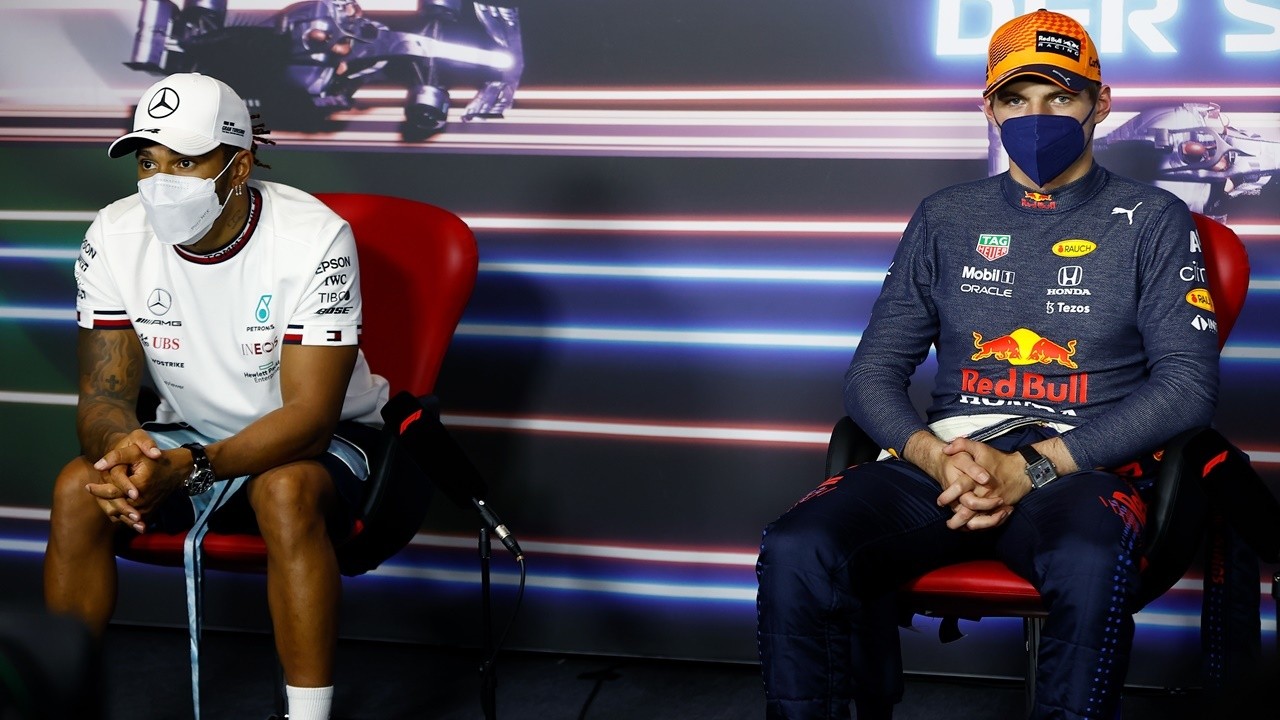 Just as Red Bull has managed to reverse the positive trend for Mercedes, Red Bull’s first sword hopes that the seven-time champions will give it their all to get back to the top, while Horner trusts his pupil blindly.

So far this 2021 season, Red Bull has accumulated 4 pole positions in front of 3 of Mercedes, while in the section of the victories the energy drink team sweeps 6 for the 3 that have been achieved by those commanded by Toto Wolff thanks to Lewis Hamilton, since Valtteri Bottas has not yet released his particular locker in this regard, at least for now.

Those of Milton Keynes have stopped short, with 5 of these consecutive wins, the incredible run that Mercedes had, even taking the first position from them in both championships, both the drivers ‘and the constructors’ championships, after this happened for the last time back in 2013. Even so, they are fully aware that everything can turn against them again if the sleeping lion returns to the charge.

«They bring improvements, so naturally I think if they work they will be closer“Said Max Verstappen regarding the new parts that Mercedes will implement at Silverstone. “I hope we are competitive, but it is difficult to guess where we will end up. We are very focused, ready for the weekend once again. We are happy with the last races, but we are always looking for things to improve and that is what we will do this weekend, “he added.

«I have always said that we have to work to try to get the best car possible in terms of fine tunning. With the change of format it will be a bit more difficult to achieve it, but I am looking forward to the weekend. I’m neither in favor nor against for now, there are 3 extra points that you can win, so you will definitely go for them although Sunday is an important race. I think we have to try it, then we can judge it properly, “closed # 33.

“Red Bull has been fast on all circuits; I trust that we can fight for pole »

For his part, Sergio Pérez assured that “it will be interesting to see the new race format”, since “We at Red Bull have made a great effort to understand it”So “I hope the hard work pays off,” as Bottas partially qualified their hopes of turning the tables in Britain.

READ:  Toyota vetoes in Japan the rapid resale and export of the new Land Cruiser 300

“I can’t figure out the profit,” the Finn hinted. «It won’t be so much; It is not a small thing, we will see how fast the car is after one lap. Red Bull has been fast on all circuits, so we don’t expect to get here and suddenly be at the top. However, we would like to think that we are in better shape than in Austria with some new parts. I hope they bring us closer to them, I don’t think we’re going to get a second out of them like last year, but I trust we can fight for the pole».

The art of the lantern

Connoisseur of Lewis Hamilton’s way of acting When the latter is under pressure to maintain hopes of a title fight, even going so far as to claim that Red Bull is starting to “run away” in the championship fight, Christian Horner explained the intention of the seven-time Mercedes champion.

“It’s too early to talk about that”, assured in BBC Radio 4. “Lewis loves to be a bit of a joker, he tries to take the spotlight away from himself, which is part of the game in any sport. It’s a very long season With 29 points this weekend, a 32-point lead can disappear very quickly».

«Lewis loves […] taking the focus of attention away from himself, something that is part of the game »

With 7 wins at home, Hamilton “is going to fight incredibly,” according to Horner. “Silverstone has done well for both him and Mercedes. We will have to give our best to beat them hereWe must not fear anything for the remainder of the championship, “added Horner before giving the keys to Red Bull’s resurgence. “I think, as always, it is due to a combination of factors,” he began.

“The first thing is how the team has worked, especially during the pandemic, because we have worked very together. On the other hand, Honda is doing its partThey have done a wonderful job with the engine. Also you need the pilots to measure upAnd it seems to me that especially Max has reached a great moment of form and has driven with maturity, supported very skilfully by Sergio in the other car. He has that tenacity not to give up, not to leave anything on the table. He has combined it with the experience he has and has had some phenomenal performances this year, “he concluded.

5 reasons for your little ones to put together puzzles