Bullfrag
Home News Verstappen achieved a comfortable victory in the Dutch GP and regained the... 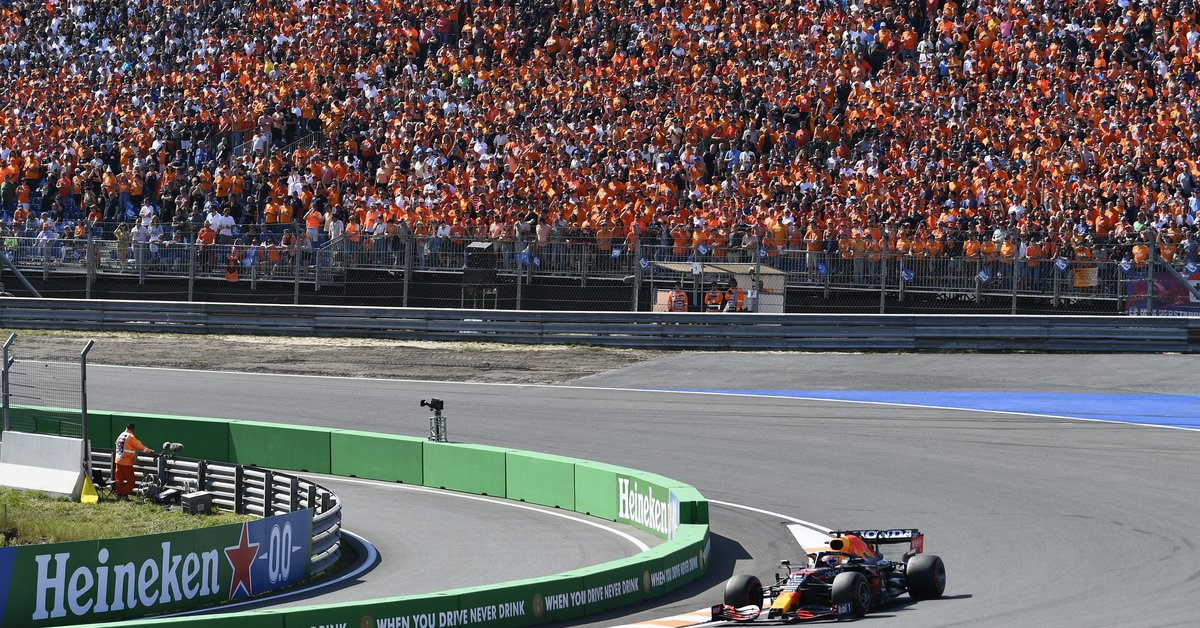 Dutch Max verstappen (Red Bull) started first this Sunday in the Dutch Grand Prix and won the 13th round of the Formula 1 World Cup, where he also regained the top of the championship and defeated the seven-time English world champion Lewis hamilton (Mercedes), who now took three units in the contest. It was a party for the local crowd who could see the Dutch win after 36 years of absence from the Maxima to that country.

The local made a neat game and commanded the race where from the first meters he made a difference to Hamilton who took more than two seconds after ten laps. On a circuit with few passing places and a narrow track, it will be difficult to pass.

After 13 laps there were three pilots who made their stops: Mick schumacher (Haas), Sergio “Checo” Pérez (Red Bull) and Sebastian vettel (Aston Martin). It is evident that the consumption of the tires is more than expected and that is why the initial strategy of a single stop will be changed to two, at a general level.

At the 21st turn, Verstappen stayed ahead and Hamilton made his save where he put the middle compound. In the following round the Dutchman did the same and placed the same type of rubber. He came second behind Valtteri Bottas (Mercedes), but when the Finn enters he will regain the lead of the competition.

In the middle of the race Mercedes sought to complicate Verstappen, but Max was able to circumvent the strategy of the German team (REUTERS / Benoit Tessier)

As a strategy for Hamilton to get closer to Verstappen, Bottas did not move forward and the Dutchman was in the middle of the two Mercedes.

Max was able to regain command on the 31st turn, when he passed Bottas on the main straight and the Finn gave up his place to Hamilton. The difference between the first two was 1.7 seconds.

On lap 40, Mercedes called Hamilton for his second to make his second stoppage and the Englishman put on medium tires. While in the next round, Verstappen also stopped, but put on hard tires and will go with that compound until the end of the race.

In the last stage of the competition, Hamilton’s tires were very worn and he could not catch Verstappen, who began to fasten the victory at home.

In the end Bottas did not comply with the order to set the lap record so that Hamilton can capture it and controversy was generated in Mercedes. The Englishman entered the last round to try to keep that point, although Lewis was able to get it in the end.

After 72 laps the victory belonged to Verstappen and on the podium he was escorted by Hamilton and Bottas.

“Winning here is amazing because of the people. It is a very happy day and more to return to the top of the championship“Said Max, who was supported by the” Orange Tide “, as the crowd that follows him on each circuit is known.

Mad max managed to regain leadership in the tournament and, incidentally, succeeded in the history of the Grand Prix of his country to the legendary Austrian Niki Lauda, triple world champion and that in 1985 he signed in Zandvoort the twenty-fifth and last victory of his brilliant and spectacular career in Formula 1.

That day, the Viennese genius won ahead of two other myths of the premier class: the French Alain Prost -which that year would end up capturing the first of his four crowns- and the Brazilian Ayrton senna. All three took a historic podium, exchangeable for ten world titles.

The Formula 1 World Championship will continue next week with the dispute of a classic such as the Italian Grand Prix at the legendary Autodromo de Monza. A great race is expected at the “Temple of Speed”.

TOP 5 OF THE WORLD DRIVER CHAMPIONSHIP

TOP 5 OF THE WORLD BUILDERS CHAMPIONSHIP

On a rough day, Verstappen beat Hamilton to qualify and will start the Dutch GP in F1 first.
Formula 1: Kimi Raikkonen, positive for covid-19 and will not compete in the Dutch GP
Lewis Hamilton criticized the FIA ​​decision after the embarrassing episode at the Belgian GP: “It was a sham, money rules and the fans lost”