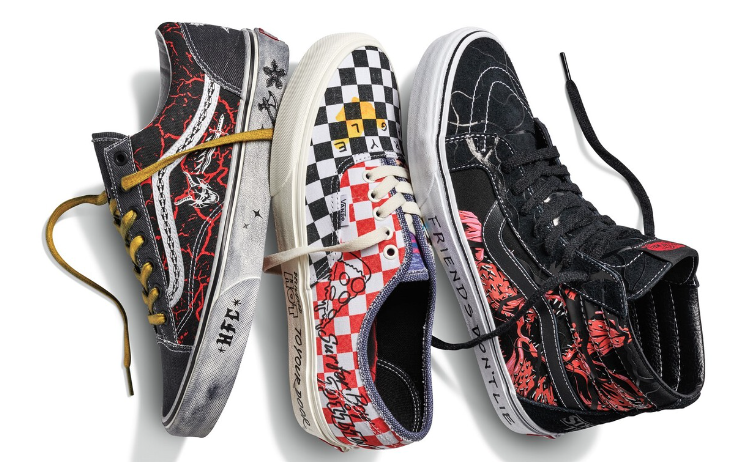 when it seemed that ‘Stranger Things’ I wouldn’t give for more, Vans has decided to bring it back through a new footwear collection inspired by the Duffer brothers’ series.

The virality and the boom of ‘Stranger Things’ It was left behind, because in the universe of social networks it is already old news, despite the fact that only a few days ago there was talk of the great success that was the fourth installment of the series.

In a quarter in which Netflix estimated to lose two million subscribers, in the end, it turned out that only 970 thousand left the platformthanks in no small part to the success of ‘Stranger Things’ and its fourth season.

On the other hand, today this recent “product” of the platform slipped into second place in terms of the seasons with the most views in the history of Netflix. The first place, of course, is occupied by ‘Squid Game’a series that is already working on its second installment.

This is the new line of Vans and ‘Stranger Things’

Something to note is that, in short, social networks were of great relevance for the series to achieve the viralization that it generated during its premiere days, something that many brands took advantage of to gain the attention of the audiences.

However, despite the fact that the boom is over, what does not stop happening or showing itself are collaborations with brands, as has Pull & Bear and even the band Metallica, each with their respective clothing releases that surprised more than one and showed the power that currently has ‘Stranger Things’ in so-called pop culture.

Today, as if this were not enough, a new initiative has been added by Vans, which is launched a line of footwear inspired by the Hellfire Club, the Upside Down and, of course, the characters of the series.

At the moment, it is known that this line of products, which also includes other accessories, will arrive in Mexico next month, making it clear that the rage for ‘Stanger Things’ has a lot to give when it comes to marketing.

Brands aim to reach the largest number of consumers and, for this, they develop strategies of all kinds to meet their objective.

Likewise, there are brands that take advantage of the popularity of television series, movies, athletes, etc., to develop products or some special event and, with this, try to increase their number of customers.

according to what you mention Pure Marketingthe rebranding It is necessary for different factors, one of them is to make technical advances. New technologies have caused companies to adapt to new opportunities to grow a business (or not go into decline).

In previous cases, we have seen associations of Vans with ‘Sailor Moon’ or chat with ‘Pokemon’both adding to trends that, ultimately, are infallible usually generate a great response among consumers and fans.

It is clear that what ‘Stranger Things’despite not being the most watched series in the history of Netflix, has given a lot in terms of marketing strategies. marketing.