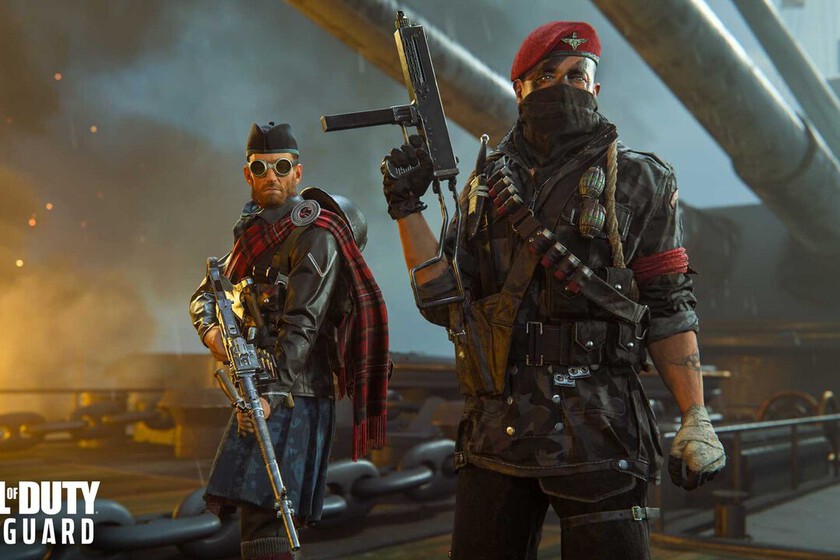 Good habits should not be lost and the arrival of a new season in Call of Duty: Vanguard and Warzone is one of them. Activision has revealed the official notes on the battle royale and main installment for a wave of content that is already available. The ration of maps, weapons, operators and even robots It is served on the table for us to devour.

On this occasion, war zone you get the map called Fortune’s Keep, which is slightly larger than Rebirth with up to four hotspots where the action will be frenetic. The battle royale does not forget to update Caldera, its main stage. There will be less vegetation to prevent jungle camping and will seek to provide clearer lines of sight by reshaping the area.

Smaller points of interest are added to incentivize looting, the classic Storage Town returns, and we can delve into the seven mercenary chambers via gold cards. On the other hand, the armored suv It will appear throughout the season, as will portable redeploy balloons.

ATMs will also be available for the battle royale so we can get a good pinch of cash and the EMP grenade appears as the definitive method against vehicles. In turn, Raven Software includes game modes such as Tests of Titanium: Resistance, Golden Booty or Rise of the Dead. As new weapons we have the UGM-8 and the Marco 5 so that we can test their good rate of fire. The download size is about 25 GB for each system.

we don’t forget about Call of Duty: Vanguard, which also rains the content. The map of USS Texas 1945 launch arrives and during season 4 we will be able to try what Desolation offers us. Gun games with projects is the game mode for this occasion, which basically challenges us to be the first to get a kill with the indicated weapon.

Zombies mode brings back the Shi No Numa map and a new story to tell. The awesome weapon mission now corresponds to the Wunderwaffe DG-2 and the camouflage has also been increased for this mode.

As for the operators, we have Carver Butcher, Callum Hendry and Ikenna Olowe, which we can unlock through the battle pass. A completely new one arrives, with 100 levels to climb and that will offer us skins, weapons and really unexpected content.

Effectively, Call of Duty The Terminator saga will feature a collaboration. Specifically the T-800 embodied by the legendary Arnold Schwarzenegger, although we do not know at what exact moment of season 4 it will make an appearance. What we do know is that the T-1000 will appear alongside him as a special package for a limited time.