By NicolasOctober 5, 2022No Comments2 Mins Read 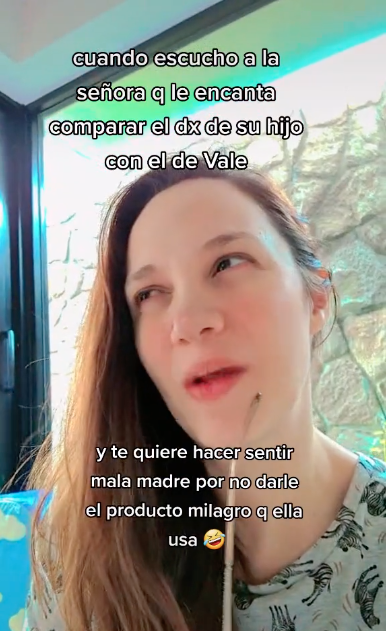 Norah Orendain is the mother of the minor, Valeria Ponce Orendain, who has become the first Mexican girl to be diagnosed with FOXG1 syndrome, so she will be completely dependent on her family to live.

Valeria’s mother, Norah, has captured all the relevant moments in her life from birth to the rehabilitation that Valeria has had to undergo in order to use her body naturally and be able to live her childhood as a normal child, even though this may not be possible. occur.

What is FOXG1 syndrome?

According to Children’s Hospital Colorado, In the United States, FOXG1 syndrome is a neurological and developmental disorder that affects boys and girls. Symptoms of FOXG1 syndrome usually begin in childhood, often in the second month of life. The irritability occurs first, and the repeated seizures occur later.

Children with FOXG1 syndrome may have a special type of epilepsy called spasms. They also have developmental delay, intellectual disability, and trouble walking and sitting. Many patients have difficulty seeing, a condition called cortical visual impairment. Patients with FOXG1 syndrome usually have an abnormal MRI of the brain.

@norahorendain and if I am catholic, but let’s be realistic that does not happen. #Mexico #therapies #unitedparavale #mamatiktoker #specialmaternity💞 #specialmom #mamasdetiktok #I Care #caregiver #tiktokmx #facts ♬ Passion Fruit – Francky Vincent

The case of Valeria Ponce Orendain.

The minor’s mother realized when her little girl was 8 months old that she could not sit down. At just 10 months old, Valeria had already begun to suffer from infantile spasms, microcephaly, as well as not being able to sit.

Read:  This Mexican embodies HANGË in this cosplay

Valeria’s parents were diagnosed with FOXG1 Syndrome at the beginning of April 2019. However, before obtaining this diagnosis, the family had to wait a little over a year of doctor visits and studies until it was confirmed. He was diagnosed with the syndrome in a genetic test.