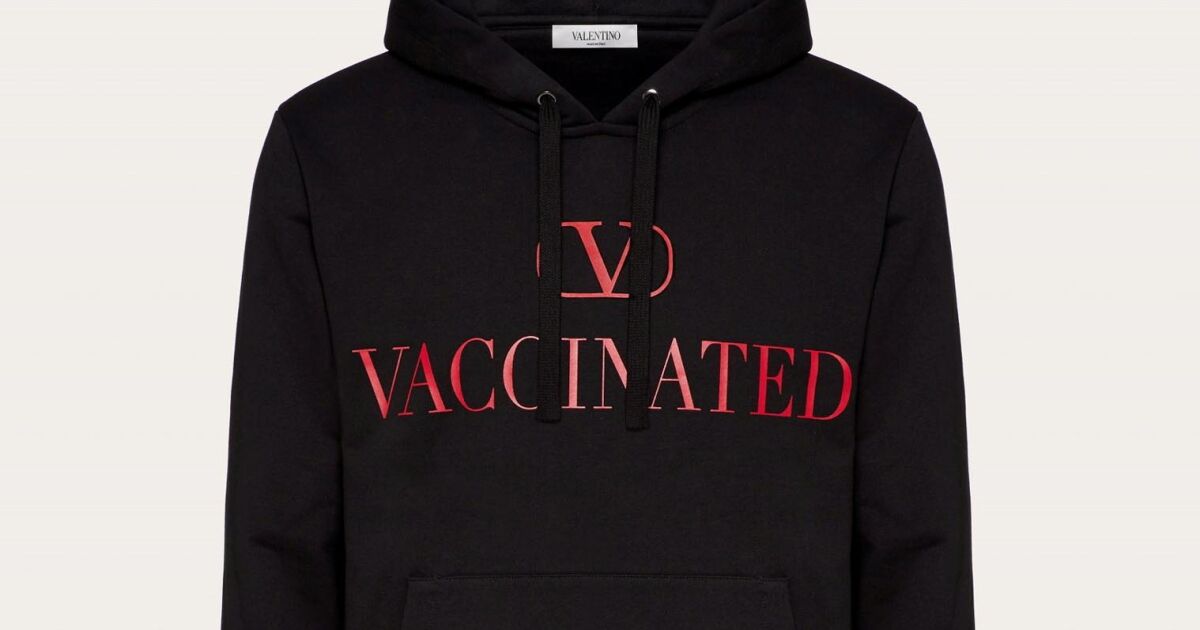 The story of the sweatshirt caught the attention of Valentino’s creative director, Pierpaolo Piccioli, who bought one with the caption: “Getting vaccinated is not an option” and shared it in a post on his Instagram account.

The hoodie was an instant hit with Piccioli’s millions of Instagram followers.which include celebrities such as actress Zoey Deutch, Instagram fashion chief Eva Chen, TV activist and entertainer Janet Mock, and designer Marc Jacobs. According to him New York Times, Piccioli bought another five more sweatshirts, the last of Cloney’s shares, and distributed them to friends, family and Lady Gaga.

Now it has been announced that Valentino is working with Cloney to produce luxury versions of this design, the same garments that will be sold for 590 euros, that is, about 13,890 Mexican pesos. From this version of the Times, noted that all proceeds will be to fund UNICEF and support the COVAX program, This initiative of the World Health Organization consists of supplying vaccines and supplies to the countries that need them to have more vaccines.

The “Vaccinated” hoodie also adds to the fashion trend with the theme of the Covid-19 fight that began in early 2021.

How to block access to a hard drive in Windows