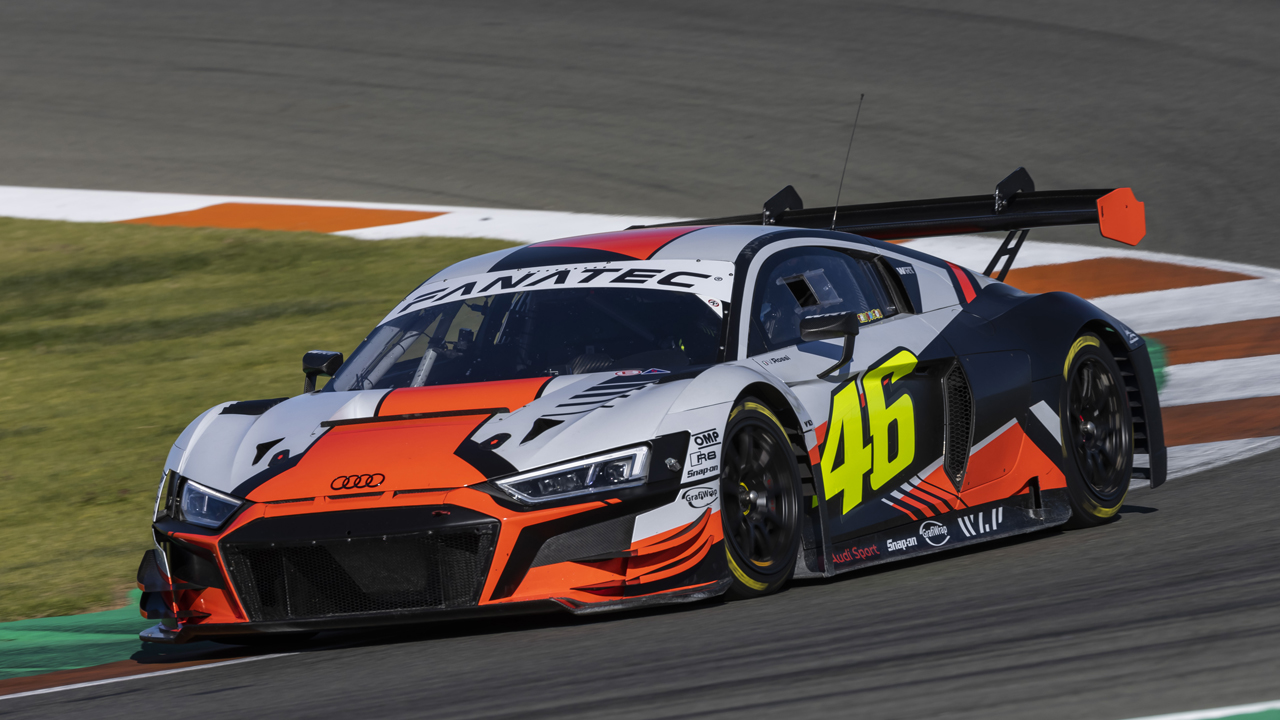 Valentino Rossi put the finishing touch to his MotoGP career at the end of 2021 with the promise of starting a sports career in cars. Just two months later, the Italian star already has his first program closed. Rossi will be at the controls of one of the Team WRT Audi R8 LMS GT3 Evo in the GT World Challenge Europe. Former motorcycle racer will compete in both the Endurance Cup endurance events and the shorter Sprint Cup events at the controls of the Audi #46. He will share his emblematic number with official Audi drivers in both series, although these have not yet been designated.

At 42 years old, Rossi will face the challenge of competing in the most competitive GT3 series in existence, although he will do it with one of the reference teams in the discipline. Team WRT, Audi Sport’s most trusted structure, usually has direct support from the Ingolstadt manufacturer, as well as official drivers from the brand. In fact, Rossi will be surrounded by several of these drivers in this full program at GTWC Europe that will have its climax with its participation in the 24 Hours of Spa.

After hearing the news, valentino rossi has assured: «I am delighted to be joining WRT for a full program at GTWC Europe.. Everyone knows that I have always been a great fan of car racing and that I have always been interested in a race on four wheels after my MotoGP career. I am now fully available to tackle a high-level motorsport program with the right professional focus. WRT fits perfectly with what I was looking for and I am looking forward to starting this new adventure at GTWC Europe with them.”

Vincent Vosse, Team WRT manager added: “I am sure that many fans will be as happy as we are to have Vale starting his career with an Audi GT3 in WRT. We all know the figure of the sport that Vale is, but above all he is a professional and competitive guy, eager to succeed to the maximum in the new challenge he has decided to face. This is exactly why we really wanted to work with him. The test we did in Valencia was extremely positive for both parties.. We warmly welcome Vale. I’m sure we’ll have a very exciting experience.”

Vincent Vosse: «Valentino Rossi will also be competitive with a GT3»

Stephane Ratel, head of the GTWC Europe, stated: «I am delighted to welcome Valentino Rossi to the GT World Challenge Europe grid for 2022.. Having followed his illustrious career in motorcycle racing for over two decades, it is truly exciting to witness the start of this new chapter in his life. Attracting a competitor of the stature of Valentino Rossi is a tremendous vote of confidence for our championship and for GT3 racing in general. It will bring new energy to our paddock and I look forward to seeing him in action this season.”