Valentino Rossi: “I was very close to opting for Formula 1” 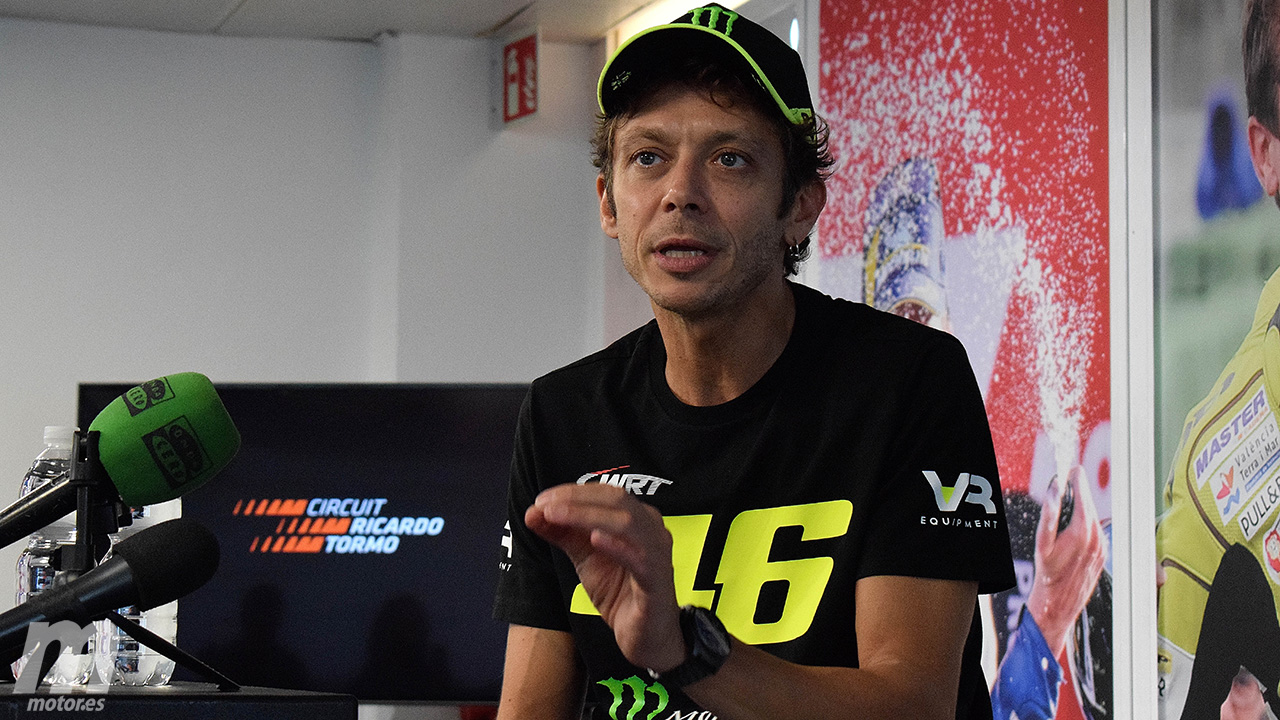 This weekend the last round of the Sprint Series of the GT World Challenge Europe will be held at the Ricardo Tormo Circuit of the Valencian Community in Cheste. In it, in addition to deciding the championship title, the nine-time motorcycling champion Valentino Rossi participates, as throughout the season.

The Italian has been, without a doubt, one of the attractions of the championship before the leap undertaken to motorsport. Enrolled in the WRT team, one of the most powerful in the event, and at the controls of an Audi R8 LMS GT3, has shared a car with the Belgian Frederic Vervisch, who has been joined by Nico Müller in the Endurance category. The Italian occupied, at the beginning of the weekend, the twenty-second position of the championship, with three fifth places as best results and having finished in seventeenth place in the 24 Hours of Spa-Francorchamps.

In a more relaxed atmosphere than that of the MotoGP World Championship, and despite the very high competitive level of the series, Valentino Rossi attended a select group of media on Friday at the Valencian track to take stock of the year and answer some questions from the media , among which was Motor.es.

rossi started by recalling his first experience with the Audi R8 GT3 a little less than a year ago and the evolution he has felt: «Here we are, in Valencia, a very important track for MotoGP, the last race of the year, and I have raced here since the beginning of the circuit in 1999, so it’s been a long time weather. But it is especially important for my career as a car driver because It was here in Valencia that I tested the WRT Team’s Audi R8 GT3 for the first time, around November. From that moment, my second sports career began. So now we come here to race and it is important for me to understand how much I have been able to improve during the season, and the feeling is good. First of all because it’s a good circuit for the cars, despite being narrow and so on, but with the car it’s good. It’s a bit easier compared to MotoGP. It has two or three fast corners and it’s fun. I feel like I can control the car better and improve my driving skills, especially in the fast corners.”

The Italian rider, however, reflected on his beginnings in the category and with the car, where he felt more dependent on it: «At the beginning I had to rely a lot on the aerodynamics of the car, which is something that we don’t have on motorcycles, so the grip with a motorcycle is the same whether you go slow or fast, but this is a big difference with cars. In fact with the GT3s if the corner is fast you have a lot more grip so you have to learn this».

He then took stock of the training sessions that took place on Friday, which left a good feeling in ‘Il Dottore’: «We are not bad. Today our rhythm was good. Fred, my teammate, is in good shape and with a very good pace. This afternoon we finished ninth, but quite close to the top three, there is only one or two tenths to improve. We are all very close, as always, and here in Valencia even more so. This afternoon I had a very good feeling with the car, my pace is not too bad. We have to work and improve in some parts, but the first day has been positive.

Focusing his attention on Saturday, the day of qualifying and the first race, Rossi was cautious: «Let’s see tomorrow, because in the Sprint races I have more problems than in the Endurance, where I feel more competitive. We are going to try to be competitive tomorrow, where I will qualify and start the race, which is difficult because at the start we will all be very close together. It is true that in the qualifying laps Fred is normally a little faster than me, but on Sunday it will be the other way around and Fred will do the qualifying and the start of the race. We will try to get a good result, but we will see what we can do tomorrow, our level, and above all our grid position because in this type of race, which is not very long, it is very important, since later, during the race, it is always difficult. advance”.

This gave way to questions from the press. First of all, Rossi valued what the Cheste circuit means in his sports career, including the huge mural with his face that adorns one of the buildings since the last MotoGP race of 2021, the day of his retirement: «It is very special to come to Valencia. It was my last MotoGP race about a year ago. It’s not my favorite track with MotoGP, mainly because I was never very strong on this track, but now we’ll see with the car. And yes, my face in the building is something always very impressive [ríe] but it’s a precious memory. My last race in MotoGP is still a great memory, I enjoyed it a lot. Let’s see if we can be stronger with the car.”

For our part, we remind him that it was not the first time he raced here with cars: -This is your first season as a professional car driver, but here in Valencia you have a lot of experience with cars, and especially with Formula 1. How close did Valentino Rossi come to becoming a Formula 1 driver? in 2006 with Luca di Montezemolo’s hope that he would be the driver of the third car for Scuderia Ferrari?

“It is true. I did at least two tests here with Formula 1 cars. One with Ferrari, and that was the moment when I came closest to switching to F1 at the end of 2006. It all started as a joke with Luca di Montezemolo and Stefano Domenicali, who They made me test drive the car. The test didn’t go bad, I was reasonably fast, so I wanted to do a real test with the other drivers. It was a great experience: two days of testing together with all the drivers. I remember that at the end of the second test, at night, returning home on the plane, I decided to stay in MotoGP. Actually because I wasn’t ready to stop racing motorcycles.I was still able to win races and championships, so I made this decision. I was very closealthough it is true that the program was to be the third Ferrari driver or maybe start with the second Ferrari team, which was Minardi or something like that [le corregimos indicándole que era Sauber], true Sauber. It was difficult. So in the end I opted for the bikes and it was the right decision. I won another two championships, won many races and raced motorcycles for another twelve years. It’s a shame because I was interested in driving, but things went like this.”

The companions then asked him about knowing this track in advance and if he thought it was his best option of the year to make a podium: «Why not? We will try it, for sure. I think that in the Sprints I still have something to do for a podium, in relation to the qualifying lap with new tyres. In that sense the leading pilots are stronger than me. And also with the race pace, which wasn’t bad today, but I was missing two or three tenths. We will try. We will also have another opportunity in Barcelona next week, which is a track that I liked a lot with the bikes, so we will try it before the end of the year.

We took advantage of that question to ask him if, with the weather forecast announcing chances of rain for the weekend, he thought that those options increased. But Rossi was absolutely honest about it:

“Unfortunately the forecast is quite bad for Sunday. And it’s a shame, because I prefer dry. Also because we are coming from Italy and here in Valencia it is still very good, very summery while in Italy it is already colder. The reality is that I don’t have much experience with these cars in the wet.. During the winter we tried and the sensations were good but in Hockenheim, with a lot of water, I suffered a lot. The leading riders are very strong in these conditions. So even though anything can happen when it rains, I think right now I’m better in the dry, so hopefully Sunday will be dry. Among other things, also because I think that Sunday is our best chance to have a good result because Fred will qualify and start the race, like in the last race in Misano where we came fifth. So on Sunday we could be stronger.”

Of course, to end the press conference, questions about the sporting news of both MotoGP and other disciplines could not be missing. Thus, when asked about the return of Marc Márquez to his Honda this weekend at Motorland, the Italian thought for a moment and was cautious in his response: «Today wasn’t bad, right? But Marquez is always very fast». Finally, asked about the withdrawal of another sports legend like him, but in this case from tennis like Roger Federer, Valentino Rossi sent his love and respect for the Swiss: “It’s a shame but the truth is that he was in the air . I have a good relationship with Roger, we are in contact often, and he told me that he tried, tried, tried and he didn’t want to leave it, but he had a lot of problems with his knees and he had to have surgery. For me, Roger is one of my all-time heroes, because he is clearly the number one in tennis, his style, a benchmark for everyone. It’s a shame, but Roger is already 41 years old, although he will always be my hero.