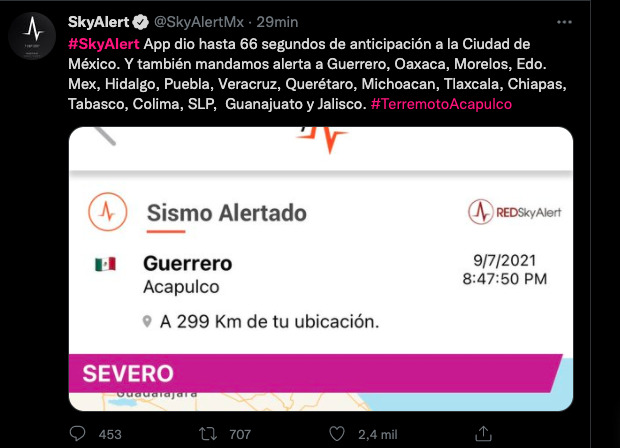 Tonight an earthquake was registered in the CDMX with its epicenter in Acapulco, Guerrero and the preliminary report is that it was a movement of 7.1 on the Richter scale. Information provided by the Head of Government, Claudia Sheinbaum, indicates that so far no damage has been reported and the only thing that has been recorded is an interruption in the electricity supply in certain areas of the capital.

In social networks, one of the most recurrent applications to detect earthquakes, SkyAlert, was accused by some citizens of not working in the middle of the earthquake. There were even those who indicated that they had a gold subscription to the service and did not receive the alert.

The app didn’t give a whistle. It was twitter

Your alert did not arrive, typical that they continue to fail, we are not surprised, thanks that there are other apps that do work perfectly for me.

In my app I do not send anything, thanks to Twitter I knew it was going to arrive

these are the most important measures