User shows how to get discounts on Amazon and AliExpress 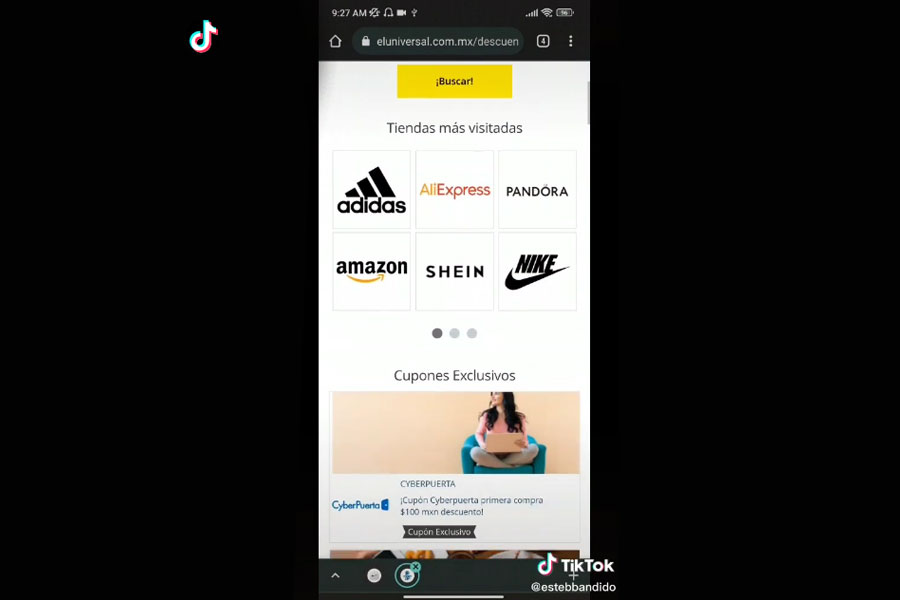 Through his TikTok account, a user has managed to share the best way to get discounts on Amazon, AliExpress, Nike and more.

The culture of “hacks” has gradually positioned itself among the continuous searches of Internet users, since the opportunity to obtain services at lower prices or directly for free is something that many want. However, a TikTok user has drawn attention for share promotions with their followers, among other things, that allow them to get discounts in online stores such as Amazon and AliExpress, among many other things.

These famous hacks that have become popular on social networks show how to get a service in the easiest and most practical way possible. However, when we refer to this type of hack, we are not only talking about its ability to illegally infiltrate a computer server, but also can refer to people with the ability to perform little-known actions with great mastery.

User shows how to get discounts on Amazon and AliExpress

The content creator known as Estebandido Reyes or @stebbandido He has caught the attention of his followers because he is constantly sharing discounts and promotions on the TikTok social network to get free products. Several of his videos stand out because, unlike many other tiktokers who are dedicated to presenting “hacks”, the ones he presents are always provided by the networks and brands themselves, they just aren’t as well known.

Read:  Hisuian Snow reveals how dangerous the human-Pokémon relationship was

The user has shared videos on how to get discounts in major stores and brands, such as Costco, CinemexSam’s Club, aliexpressAmazon, Nike and many more. Meanwhile, the tiktoker has more than 10 thousand followers and with 413 thousand total likes in the Chinese social network.

This is one of the videos shared by the content creator:

@stebbandido What discounts did you take advantage of? #coupons #discounts #unmissableoffers #viral2022 ♬ She Share Story (for Vlog) – 山口夕依

The content shows a link that offers various discounts to several of the stores mentioned and, as it mentions, several of these are constantly being updated, so sometimes you will find quite good offers. However, this video is not the only one that he shares and has been verified, since on other occasions he has shared videos about little-known promotions in establishments such as Cinemex or Carl’s Jr.

In this video he shows how to get free combos at Cinemex and Carl’s Jr:

This content has been quite well accepted by his followers, who have thanked each of his videos for these “tricks” or “hacks” on how to obtain various products at a lower price. Without a doubt, this is an example of the advantages that can be obtained knowing how to search the internet and having initiative.

Amazon employee evidences that he buys at Walmart after theft complaint

“The thing is to complain”; This is how the AliExpress CM defends its promotions