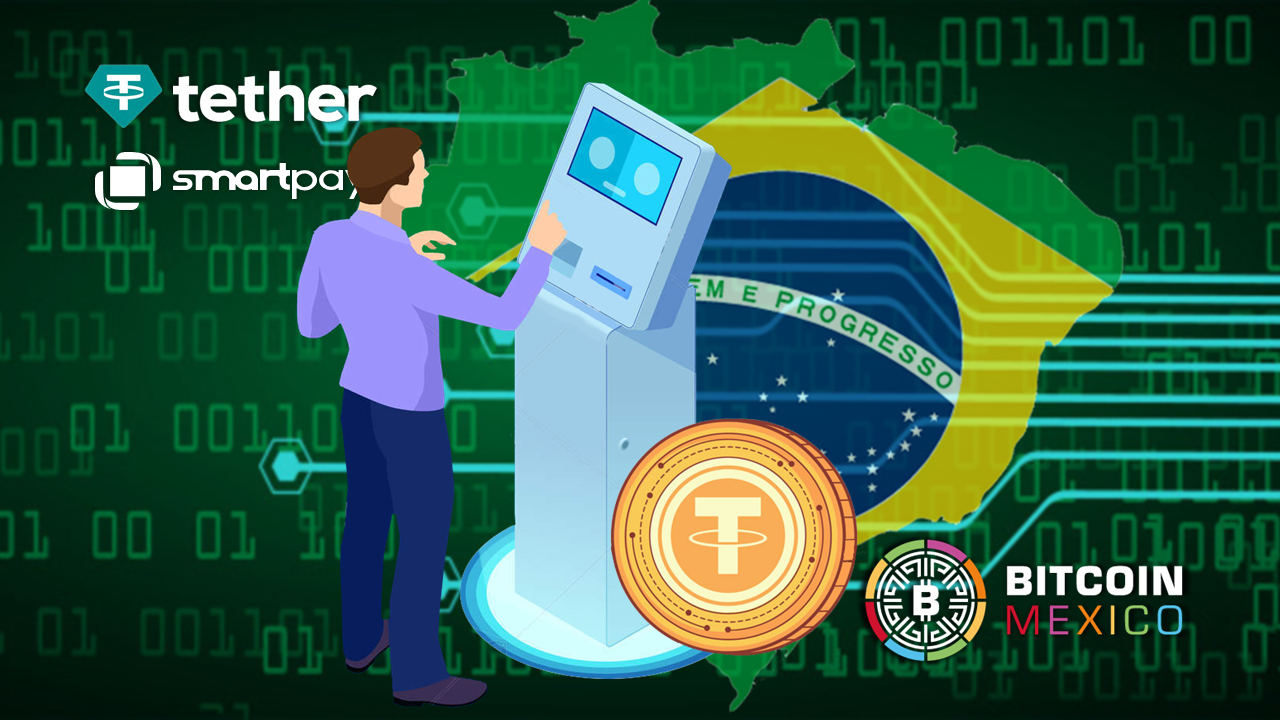 The world of cryptocurrencies is much more than Bitcoin or Ethereum. Stablecoins form a key part in the growth of the crypto industry and Tether is the company leading the way in this field with its USDT stablecoin, which is pegged at 1:1 to the US dollar.

USDT is the third largest asset behind the already mentioned leading cryptos with a market capitalization of over $68 bln, well above its main competitor USDC at $43 bln.

In Brazil the company will take another step to continue gaining followers in a country with a very good reception to cryptocurrencies, making it available to Brazilians USDT at 24,000 ATMs in Brazil.

The service will beby the national cryptocurrency service provider SmartPay together with TacBan, owner of the ATMs”, as published CoinDesk.

Starting on November 3 of this year, users will be able to send USDT from any wallet, including centralized exchanges, to an ATM and convert that money into Brazilian reais. Today the conversion is 5.20 reais for each USDT; Y Starting in February 2023, users will have the ability to buy USDT with Brazilian reais and send the stablecoin in their own wallet.

“Adding Tether tokens to ATMs throughout Brazil gives the opportunity to include more people in the financial system. This will bring important changes not only in the payment industry, but also for the entire financial ecosystem in Brazil”Tether CTO Paolo Ardoino acknowledged.

According to company reports, in the month of August, 79,836 operations were carried out in which USDT was involved for nearly $1,400 million dollars, only in Brazilian territory.

Read:  Celsius crisis has no impact on USDT reserves

Will there be good news for Mexico?

At the end of May, Tether launched the MXNT stablecoin, which has a 1:1 parity with the Mexican peso. This was added to the stablecoins USDT, EURT (euro) and CNHT (Chinese yuan).

The implementation of USDT in ATMs in Brazil could be the next step in Mexico, a market that the company has already made clear it is interested in. The high level of remittances that the country receives is an attractive millionaire for a company of the size of Tether.

Brazil will incorporate a cryptocurrency like USDT to its network of traditional ATMs, but according to the study of Coin ATM Radar, the country already has 27 100% crypto ATMs. Most of them are located in São Paulo.

The country that dominates the international Bitcoin ATM list is the United States with 34,159, followed by Canada (2,638) and Spain (260). The only Latin American country in the top 10 is El Salvador with 212.

Where does Mexico appear? By count it has 39 cryptocurrency ATMs and ranks 23rd globally. Colombia (37), Panama (28), Argentina (13), Costa Rica (7) and Guatemala (6) are other benchmarks in Latin America.