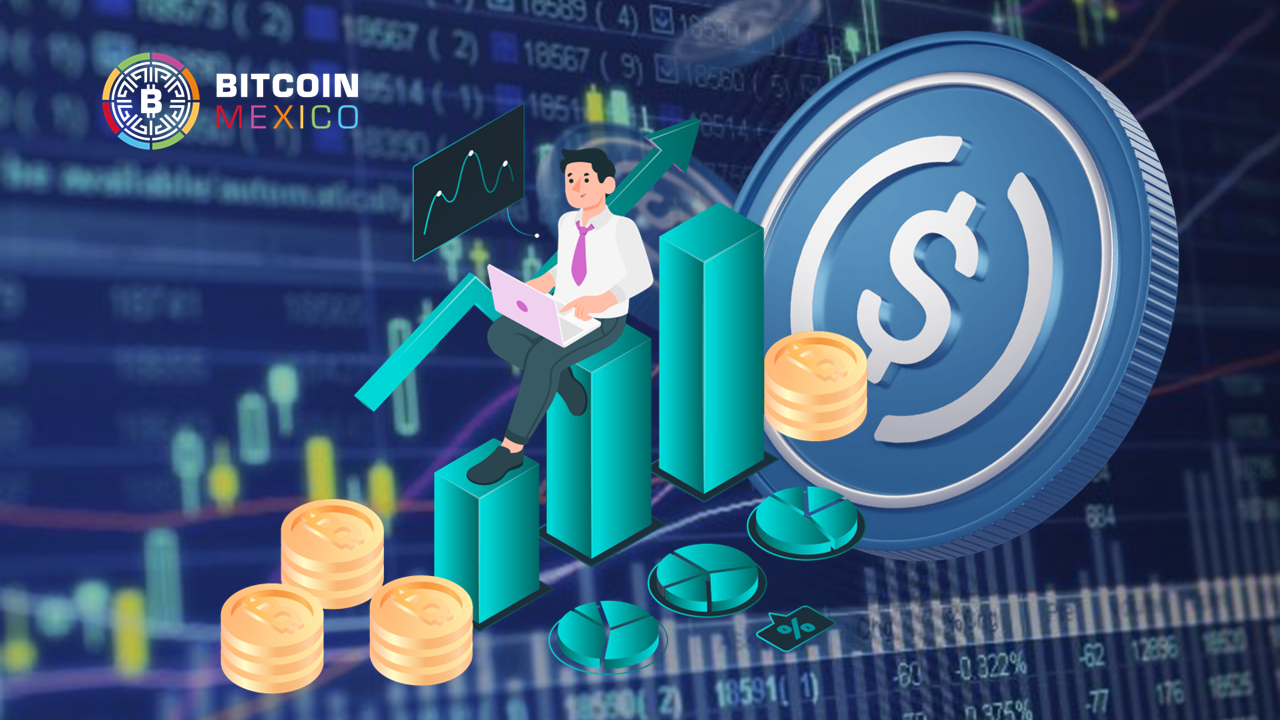 Since the news and the havoc caused by the collapse of Terra and especially its stablecoin UST spread throughout the crypto space, a crypto crisis was generated in the market, causing an environment of instability for digital assets to be perceived. , but, above all, for stablecoins.

However, as the saying goes, “fishermen win at a troubled river”, since while one is doing poorly in the game of life, another rises taking advantage of the misfortune of the first.

Stablecoin USDC on the rise

The fall of the Terra cryptocurrencies (LUNA and UST), not only left the crypto market in turmoil, but among the turbulence a coin appeared that withstood the storm, standing above the others, at least in terms of market capitalization. refers and above all, in reputation: we speak of the stablecoin USDCoin (USDC).

While TerraUSD (UST) had a “roller coaster” crash that caused it to lose 90% of its value and Tether (USDT) was processing billions in trades, USDC was simply increasing its market capitalization.

According to the medium DecryptOn May 8, the day the market crash began, USDC’s market capitalization was around $48 billion and $49 billion.

The 9 and 10 USDC presented an almost imperceptible drop that placed it briefly around $0.98 dollars, however, on May 11, it had a remarkable growth in its trading volume registering more than $15 billion dollars in trading volume. This figure practically doubled the volume of the previous day, which was around $8.6 billion dollars.

Read:  The international price of oil is shaping up to touch the levels of the 2008 crisis during the summer

Given his performance, currently it can be said thatof the entire supply of stable coins currently on the market, USDC is the best positioned at the moment.

However, it is important to consider that both digital asset enthusiasts and investors should not be trusted, so they should take their precautions, since the markets are capricious and can change quickly, again leaving whoever is above, below.