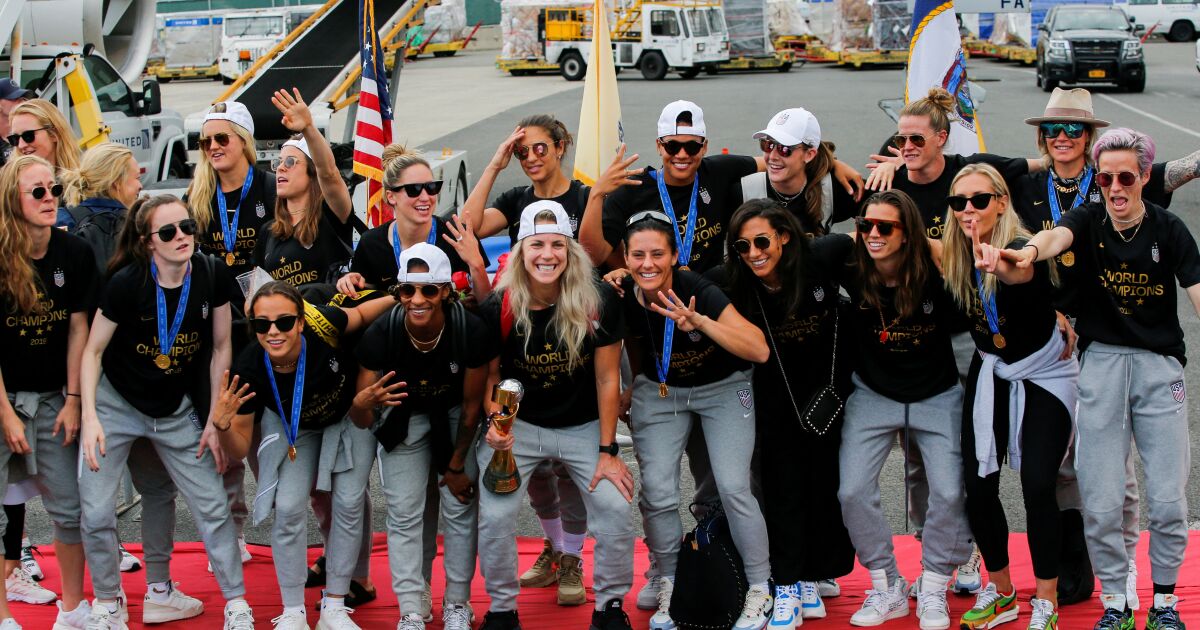 Collective agreements will be in force until 2028 and include “identical compensation for all competitions including the FIFA World Cup and the introduction of an identical mechanism for sharing all commercial revenues of both teams”.

“The agreements will ensure that players on the United States national teams remain among the highest paid in the world,” the USSF added.

The agreement also provides for the “sharing with an equal split of 50%” of the income generated by broadcasting and sponsorships and the USSF has also agreed to pay the players a part of the income from the sale of tickets for the matches. contested as local.

Added to this is support for child care “during the calls and matches of the national teams” and a retirement aid plan.

“The achievements in this agreement are a testament to the incredible efforts of the players of the ‘WNT’ (Women’s National Team) on and off the field.,” said Becky Sauerbrunn, US women’s national team player and president of the US Women’s Players Association.

Sauerbrunn herself was part of a group of five soccer players, along with Megan Rapinoe, Alex Morgan, Carli Lloyd and Hope Solo, who stepped forward in 2016 and opened a dispute with the United States Equal Employment Opportunity and Opportunity Commission. States (EEOC) for wage discrimination.

On February 22, after long negotiations, this dispute was closed with an agreement by which the players should receive 24 million dollars as compensation.

Sauerbrunn dedicated this historic agreement to the generation of players that “came before the current team” and expressed the hope that it will serve “as the foundation for the continued growth of women’s soccer in the United States and around the world.”

“They said equal pay for men and women was not possible, but that didn’t stop us and we went and did it,” said Walker Zimmerman, a member of the American Players Association leadership group.

The United States women’s soccer team is a great international power and has won four World Cups. (1991, 1999, 2015 and 2019), some successes that leave far behind a US men’s team that did not qualify for the last World Cup (Russia 2018) and that will return to this showcase in Qatar 2022.