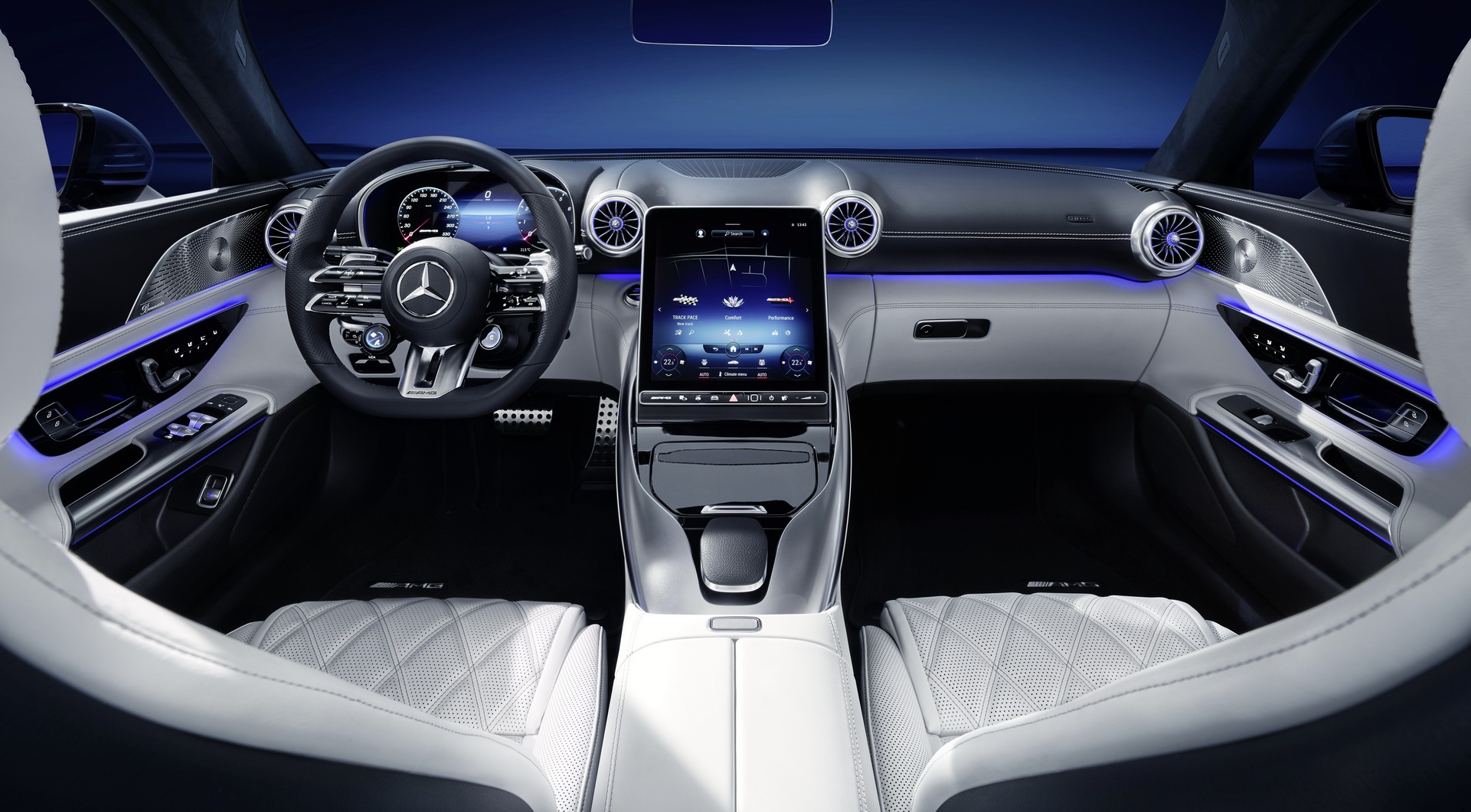 In anticipation of the presentation of the new generation of the Mercedes-AMG SL, the German firm has decided to fully unveil the sumptuous interior of the convertible model, which will have a surprisingly spacious 2 + 2 cabin and as luxurious or more than that of a current S-Class.

The new generation of the Mercedes SL-Class is going to undergo a huge paradigm shift, as it is going to go from being a classic two-seater Gran Turismo, which in its last generations featured a retractable rigid roof, to become a luxurious 2 + 2, also convertible but now with the traditional canvas roof.

The reason for this change is not due to the whim of its designers, since the market today is very different and the Mercedes SL-Class as we knew it has become a product with little demand. So the German company only had two possible options: cancel it or reinvent the model.

It is clear that the company opted for the second option, so the new generation of its iconic convertible is going to be a somewhat different model. First of all it has been developed exclusively by the Mercedes-AMG division, therefore its new official name is Mercedes-AMG SL. This has been designed under the original premise, maximum lightness and sportiness, but now with a new purpose in mind, to expand the size of the cabin enough so that the new model also acts as a substitute for the Mercedes S-Class Cabriolet.

Index hide
1 Cabin
1.1 The insides of the new Mercedes-AMG SL exposed in this official preview

Given the characteristics and purpose of the new model, it is not surprising that it has a more luxurious than sporty interior, and these first images show that perfectly. Well, Mercedes-AMG has decided unveil the entire new SL interior as a preview prior to its official presentation.

The images speak for themselves, the new Mercedes-AMG SL shows a very luxurious and neat interior, full of exquisite details and finishes that remind us of the higher versions of the new generation of the S-Class. Starting with the large vertical central screen located in an inclined way in the center console, a recently released scheme for the current one. S-Class The entire cabin is covered in leather with elaborate contrast stitching, metallic materials and numerous ambient light points, which gives it a more typical appearance of a saloon of representation. In the case of the rear seats, it seems that these are going to be spacious enough to be used occasionally by adults, although it is clear that we do not have the same space as in a conventional rear bench.

How to straighten your hair without iron: 4 remedies you should know