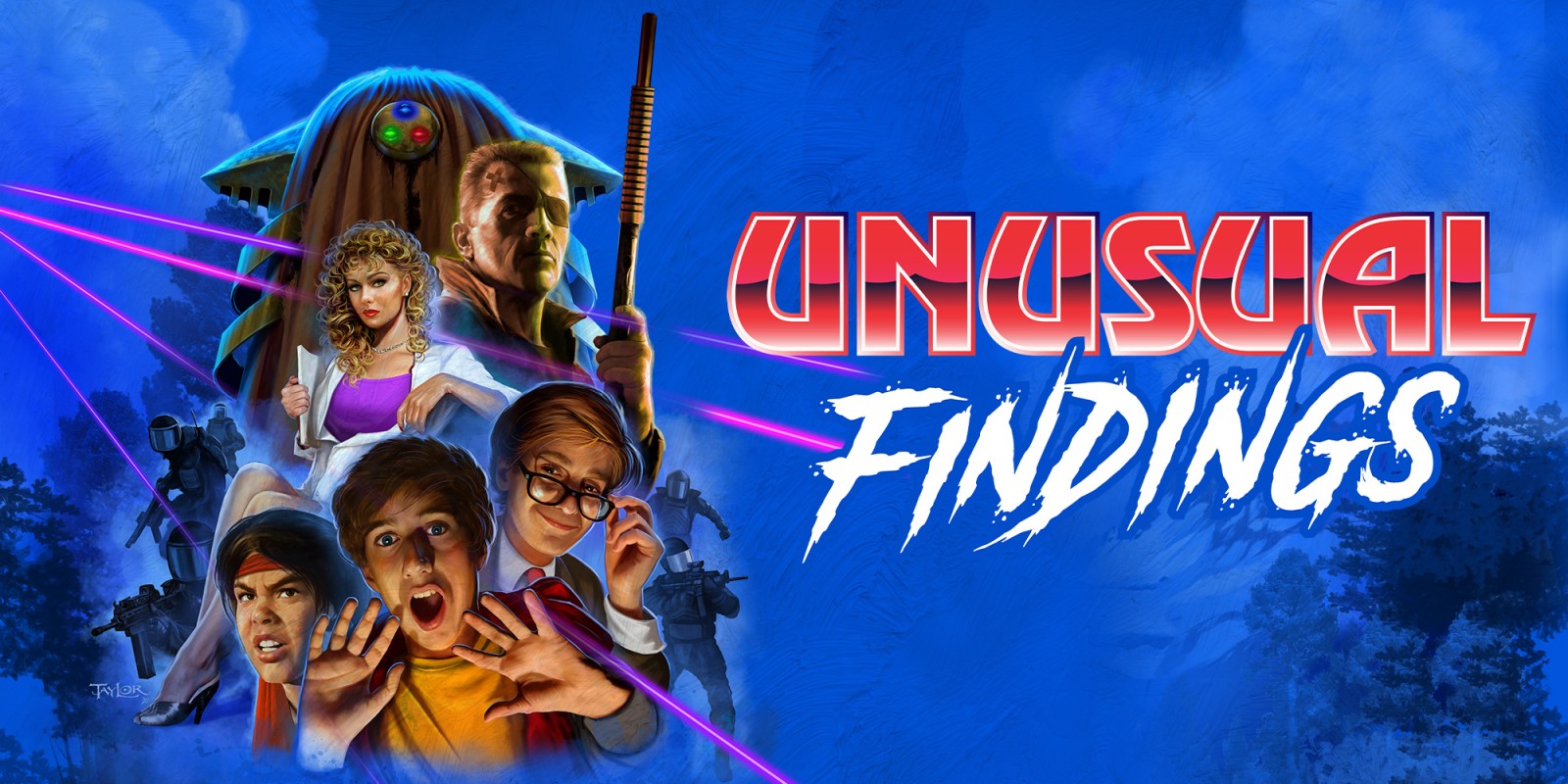 Share
Facebook Twitter LinkedIn Pinterest Email
Index hide
1 It retro it’s in fashion But making a retro video game is not just that the graphics are in pixel art, that the gameplay is simple or that it repeats formulas that were popular 40 years ago. Making a truly retro game is so much more than that. It is making us play it automatically transport us to our earliest childhood, that makes us move, laugh, surprise and even provoke the occasional lump in the throat, with its inevitable load of nostalgia, that does not feel cheap but that really transmits the love for one of the most iconic moments in entertainment. UNUSUAL FINDINGS it is a true retro game.
2 THREE PIBES WANTING TO WATCH ENCODED CHANNELS
3 DO NOT STOP A SECOND
4 PIXEL ART FOR EVERYONE
5 DIEGO, MESSI AND EPIC LLAMA
5.1 Share it with your friends
5.2 I like this:

It retro it’s in fashion But making a retro video game is not just that the graphics are in pixel art, that the gameplay is simple or that it repeats formulas that were popular 40 years ago. Making a truly retro game is so much more than that. It is making us play it automatically transport us to our earliest childhood, that makes us move, laugh, surprise and even provoke the occasional lump in the throat, with its inevitable load of nostalgia, that does not feel cheap but that really transmits the love for one of the most iconic moments in entertainment. UNUSUAL FINDINGS it is a true retro game.

UNUSUAL FINDINGS It is available for Playstation 4, Playstation 5, Xbox One, Xbox Series, Nintendo Switch and PC.

From now on I warn you that the history of UNUSUAL FINDINGS is full, full, of details, phrases, jokes, references and an immense number of tributes to the world of training and pop culture of the 80s. Right from the title, which is a clear reference to stranger things, going through a multitude of mentions of classics such as The Legend of Zelda, The Goonies, Star Wars, Back to The Future, Rambo, Top Gun, Rocky, Conan the Barbarian, Terminator, Alien and an infinite etcetera such that all the note to list completely.

The plot puts us in the shoes of three friends with very different personalities but who fall into the classic stereotypes of movie children of the time. Vinny is the ever-present leader of the group. With his sports jacket, his bobbed hairstyle and his sneakers, he is not the strongest or the most intelligent, but he is the most charismatic and adventurous of the gang. Nick is the “strong arm”, lover of action movies and with a tendency to hit first and ask questions later, he is the one who takes care of everything that requires more physical effort. Finally, Tony is the nerd of the gang, with the giant glasses and hairstyle for his. How could it be otherwise, he likes to invent things and he’s the one we’re going to turn to when it comes to solving an intelligent puzzle or using a gadget.

One night like any other, in which Vinny was grounded without being able to leave his room (the boys of the 80s spent all their time grounded), Nick appears at his window telling him that Tony had invented a television antenna that picked up any signal. scrambled. What did this mean for the trio? Channels of free adult material!. They were finally going to be able to fulfill their dream of seeing naked girls…

Neither slow nor lazy, the boys run to their friend’s house to test such an interesting contraption. But it turns out that once they activate it, the chirimbolo picks up a signal from another planet, and a few minutes later they watch an unidentified flying object fall into the nearby forest through the window. Of course, the curious group can’t help the urge to go investigate.

And so begins a story of adventure, friendship and an interplanetary war that takes place on Earth, hidden from the naked eye of the rest of Humanity.

DO NOT STOP A SECOND

UNUSUAL FINDINGS is a full-fledged point & click graphic adventure, with a game style, graphics, setting, plot and humor practically traced to the best classics of the genre, so popular in the 80s and 90s. Although, as I said before, the title is very full of references and homages to classic games and movies, the heart of the title is clearly inspired by the mega-archi-classic MANIAC MANSION, one of the first and most popular graphic adventures in history.

We control the group through different chapters, where each of them has several locations that we can enter at will while we are in that mapping. Each of these sections is, how could it be otherwise, full of items to collect or interact with, and puzzles to solve. And that is where we have to use our intelligence to discover how to obtain each item, how and where to use it, how to solve each riddle or what to say in each dialogue so that the paths open up and the story unfolds.

Read:  this is the difference between regional and convergent forms

From now on I warn you that each zone is very wide to go through and it is so full of interactive objects or puzzles that sometimes it is quite difficult to know how to continue advancing, what item we need or what is the appropriate answer. In any case, if one is more or less accustomed to playing this type of game, with a little bit of skill one can advance, in addition to taking into account that sometimes the most ridiculous item (or combination of them) was what finally made the most sense. we needed to continue the adventure.

How could it be otherwise, the game is full of ridiculous humor, classic of the genre, and the interactions between friends or with the rest of the characters are hilarious, and more than once we are going to feel like Leonardo’s meme say Caprio pointing to the screen when one of them throws out a joke or a phrase referring to another game or movie.

Best of all, the order in which we face the events or the answers we give in the dialogues determine the future development of the story, which varies depending on that and branches into three different variants. In each of them, many puzzles, access to locations or even the plot itself changes, so not only can we access three different endings, but every time we play we are going to have to solve the problems differently, so The solutions that we had so much trouble finding in the previous game are no longer useful for this new path and we have to start burning our brains again. Really impressive, and something that very few graphic adventures had implemented at the time, such as INDIANA JONES AND THE FATE OF ATLANTIS. Of course, this raises the title’s replayability into the stratosphere.

PIXEL ART FOR EVERYONE

As you can see in the images, the game is made entirely in pixel art, emulating the games of yesteryear, of course, but with an exceptional level of detail. The sprites of the characters have dozens of movements and animations, and the scenarios are full of details and interactive objects. Of course, when using this art style minor inconveniences may arise, such as items that are too small to be barely visible on the screen and we can only discover them when we are lucky enough to hover over them, but luckily it is not something that happens very often and does not bother.

The sound part is excellent. Despite being an Argentine game, the voices are in English. A detail worth mentioning, since the graphic adventures of 30 years ago rarely came with voice acting. But in addition, all the performances are wonderful and fit perfectly with the personality of each of the characters, so we are not going to have much desire to rush the dialogues to be able to listen well to each one of them. The music is also great, and mixes tunes like measure very catchy with licensed themes also very popular. Without going any further, in the intro, “You spin me round (like a record)” by Dead or Alive sounds. Wonderful.

If you are a player who likes this type of game, the title is very entertaining to play and the puzzles and challenges follow the classic logic of the genre (within the absurd logic that is usually handled). In any case, and as I said, the game is not easy, mainly due to the wide extension of each explorable area and the difficulty of understanding the purpose of some object, but using the classic “trial and error” (try all the items that we have in the inventory in all the interactive zones of the map, haha) more than once we will come out well when we do not think of how to continue. In addition, as I already mentioned, the fact of having three different routes with a variation of challenges means that those of us who want to think (and suffer a little) have a game for a while.

As an Argentine, I can only feel very proud that such a beautiful and nostalgic game has come out of a studio located in my country, more precisely in the province of Córdoba. Epic Llama did a really good job of recreating all the feelings we felt 30 years ago playing these titles, not forgetting the humor, the super hackneyed stories, and adding a mention trailer truck to everything and everyone.

Fun, nostalgic, super replayable, respectful of the classics, made with lots of love and Argentine, dad! If you grew up in the 80s or 90s, this is definitely a game made for you.