Unusual and unprecedented expulsion at the request of the VAR in Paraguay: the Cerro Porteño goalkeeper received the red before the classic against Olimpia

By MartinDecember 13, 2021No Comments5 Mins Read 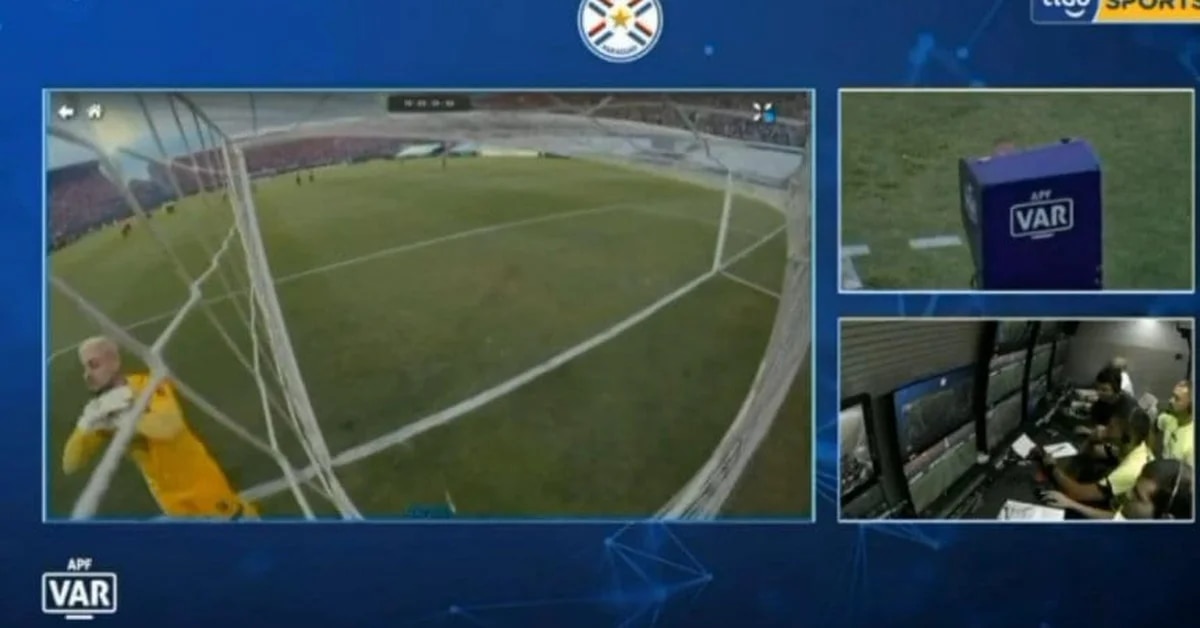 Cerro Porteño and Olimpia defined this Sunday the first edition of the Paraguayan Super Cup. But nevertheless, there was a fact punctual that occurred seconds prior to the start of the classic that surprised the world by unusual and unpublished.

The Brazilian goalkeeper from Cerro Porteño, Jean Fernandes, was sent off before the game at the request of the VAR for making offensive gestures towards Olimpia’s bias. The striking thing was that it happened shortly after the classic began, so, as the regulation dictates, his team made the change of goalkeeper, Uruguayan Rodrigo Muñoz entered the game and played the game with six substitutes (without a goalkeeper).

To top, Olympia ended up celebrating the final that brought together the champions of the Clausura Tournament and the Paraguayan Cup. The decision of the referee Éber Aquino, together with the judges who were in the VAR booth, Mario Díaz de Vivar the main, it was correct.

However, clarification must be made because It is a fact that is not contemplated in the VAR protocol. Despite this, I consider his expulsion correct because the goalkeeper made causal gestures of red. I am not aware of a fact like this and so far I have not observed in the world that the use of VAR was applied before starting a match. Furthermore, I would dare to affirm that such a situation never occurred and surely that the IFAB (International Football Association Board) should stipulate it in the protocol.

It is worth remembering that the VAR can never act if they are verbal gestures that warrant a warning. Said gesture, in this case against the visiting tribune, who responded by throwing blunt objects at him, must be considered offensive for the corresponding expulsion to be applied. Y since the match did not start, the player can be replaced and this will not be considered as a change.

“I made a gesture that is normal in Brazil”, Jean Fernandes justified his actions through a live broadcast on his account Instagram. “When I went to put my rosary next to the sticks, something I always do, they started throwing various things at me, even bombs.. And I made a sign that in Brazil it is normal. A player named Gerson celebrates like this and it is something that in Brazil is super normal, it is called “vapo”, it is the sign of “vapo”. I don’t know what the referee thought and he ended up kicking me out of the game. Hard. It was a misunderstanding”, clarified the Brazilian goalkeeper.

Olympia closed the season with a smile: beat his classic rival, Cerro Porteño, 3-1, and kept the first edition of the Paraguayan Super Cup. In a match played at the Defensores del Chaco stadium with 100% capacity, the Dean achieved a great triumph thanks to his offensive force and, in this way, he closed a difficult season in good shape as he had a very bad Clausura Tournament.

Although Cerro Porteño arrived with several casualties, being the current champion of the Clausura Tournament and having a good season, he was the favorite. In fact, at the best moment of the Cyclone came the opening of Olimpia at the feet of the experienced Roque Santa Cruz, who did not hesitate and scored after a rebound.

From the Dean’s goal, Cerro Porteño took control of the ball and tried by all means to equalize the actions. However, the lack of the last pass and the little offensive force were lethal. Midway through the second half, Olimpia’s second goal came to the head of Richard Ortiz, after a corner kick in the 67th minute, to begin to close the game.

As if this weren’t enough, at 79 the experienced Uruguayan defender and Olympia idol Alejandro Silva scored the third penalty goal to awaken the joy of the fans. At 93 Fabián Franco discounted for Cerro Porteño but it was of little use because it was too late to think about an epic comeback.

In this way, Olimpia, which had a Clausura for oblivion in which it was in eighth position – just one point above the last – closed a good season in which it won the Paraguayan Cup and the first Super Cup in the country, no less than before his traditional adversary.

Santacruz, 40, former Bayern of Germany, Blackburn Rovers and Manchester City of England, Betis and Malaga of Spain, announced his retirement at the end of the match official. “I will continue playing, but this It was my last match at Olympia. I have already decided. There are cycles that end. Today has finished one for me, “said the scorer who won 10 titles with Olimpia since he returned to Paraguay.

Both finalists qualified for the Copa Libertadores 2022 along with Guaraní and Libertad.

Antonela Roccuzzo’s life before Messi: the family warehouse, sports gymnastics and the death of her best friend

The romantic celebration between Max Verstappen and his girlfriend Kelly Piquet: their controversial love story

Verstappen won the final battle against Hamilton and claimed his first Formula 1 title after a dramatic finish in Abu Dhabi.

Lomachenko’s taunts as he beat Commey in the middle of a fight: “Throw in the towel”