United States GP F1 2022: schedule, where to watch on TV and how to follow online 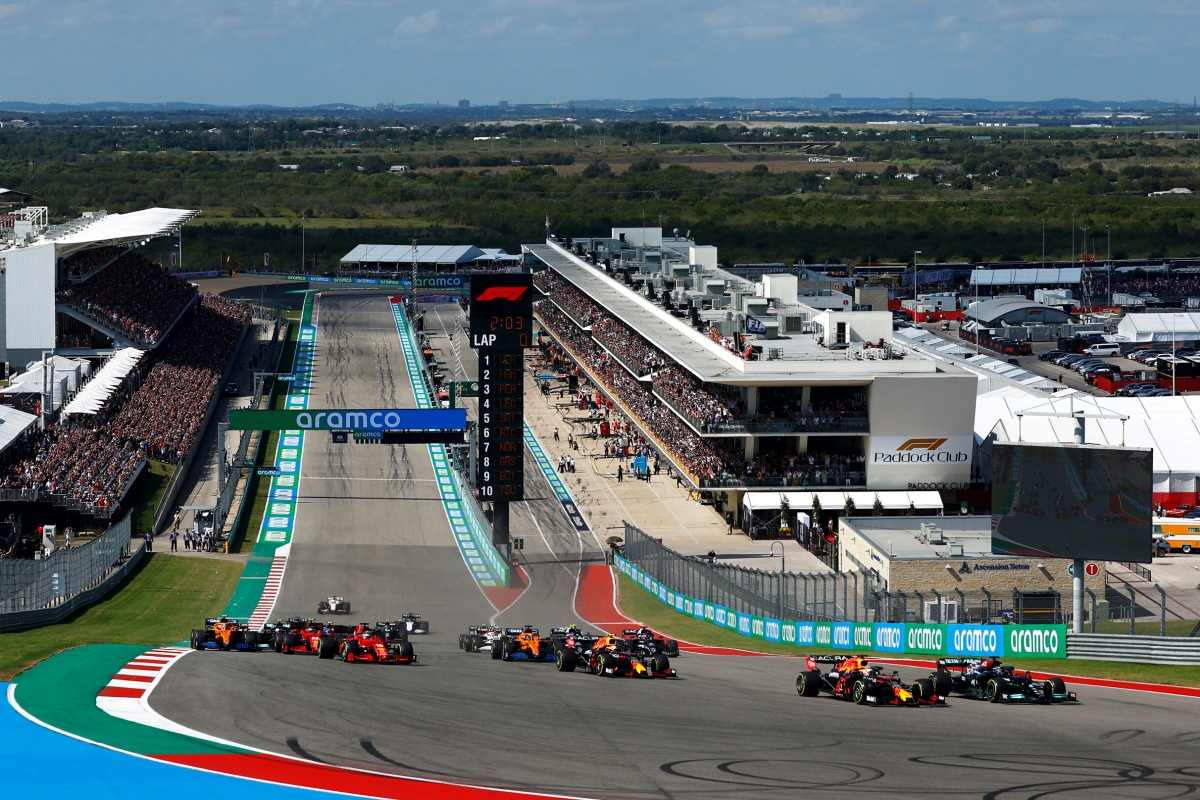 Formula 1 returns to the American continent after a long journey through Europe and a shorter one through Asia. The American circuit of Austin will be in charge of hosting the 19th race of the 2022 season.

The Austin circuit receives Formula 1 for the tenth time in its history and with the drivers’ championship already decided. And it is that Max Verstappen was proclaimed world champion for the second time in the last race, held in Japan.

However, the constructors’ championship and other relevant positions in the drivers’ championship are up in the air. in Austin, Red Bull can be crowned again as champion teamwhile Sergio Pérez and Charles Leclerc dispute the runner-up.

Red Bull can be constructors champion

The team of Max Verstappen and Sergio Pérez have before them the first chance to be crowned constructors’ world champion for the first time since 2013. The Anglo-Austrian team depends on itself and that makes the celebration more than feasible.

Red Bull needs to add 26 points. This means that, in the event that one of its drivers wins and sets the fastest lap, the title will already be theirs. There is also the possibility of Max Verstappen and Checo Pérez finishing third and fourth or both finishing ahead of the Ferraris. In short, a more than likely scenario for this weekend.

The dispute for the world runner-up position is also very interesting, with Checo Pérez ahead of Charles Leclerc, but only one point ahead. Both are the only candidates, since George Russell and Carlos Sainz are already very far from both.

Another of the most interesting fights is the one between Alpine and McLaren for fourth place in the constructors’ championship. Or, to put it another way, to be “the best of the rest”. In this dispute, Alpine has a faster car and two drivers in good shape -especially Fernando Alonso-, but also a fragile single-seater.

As far as McLaren is concerned, Lando Norris is practically the only asset they have, as Daniel Ricciardo has only scored points in 6 Grands Prix this year.

The schedules turn around again with the change of continent, going from the first hours of the day in Europe and America to the afternoon.

Therefore, the first free practice session on Friday will begin at 9:00 p.m. in mainland Spain, with the second starting at midnight, already on Saturday. Also, it will have a duration extended to 90 minutesas Pirelli will test the 2023 tyres.

Qualifying will also start at midnight from Saturday to Sunday, with the race taking place at 9:00 p.m. on the same Sunday. In the following table you can see the schedules for Spain and some Latin American cities:

This is the circuit: Austin

As it happened in Istanbul Park, Tilke made this circuit inspired by some curves of other mythical paths. In this case, the first sector has something similar to what we find in the Maggots, Becketts and Chapel curves at Silverstone, although with a lower level of challenge.

Despite this, as in the British circuit, turns 3, 4, 5 and 6 require the car to have a stability at high speeds that only aerodynamic grip can provide. And, as a result, the lateral load on the tires is very high.

The best known curve is 1. In it, the key is the elevation of 40 meters at its entrance. This camber increases the load on the car by 0.4g, giving the drivers more grip and allowing them to brake later. More than 85% of the charge disappears at the apex, making the cars very difficult to control.

In general terms, the biggest challenge is the set-up of the car. The COTA has more fast corners than Spa-Francorchamps and more slow corners than the Hungaroring. As a consequence, the set-up involves a delicate balance between grip at low speeds and straight-line speed.

7 of the 20 corners are taken at a speed below 150km/h, which makes low-speed grip important, especially traction out of corners. Having DRS zones on the two longest straights helps eliminate the extra drag that is generated at higher speeds.

Regardless of all this, in Motor.es We will tell you everything that happens at the Spa-Francorchamps circuit and the rest of the events of the 2022 Formula 1 World Championship. For this we put at your disposal our live broadcasts, in which we include comments, time tables and results in real time. In addition, we inform you of everything related to current affairs through news, reports and analysis in our section especially dedicated to the category.

Regardless of that, this year’s calendar has brought back classic events that were absent during the pandemic. We talk about racing Australia, Canada, Singapore and Japan. The first was already played during the month of April and the second did the same in June. The Asians have had to wait until October to certify their return.

Remember! The Formula 1 United States Grand Prix begins this Friday at 21:00 CEST with the dispute of the first free practice.

Almost all failed: This is how the Mexican team played in their defeat against Argentina