Unions bet on a discreet role to preserve the agreement 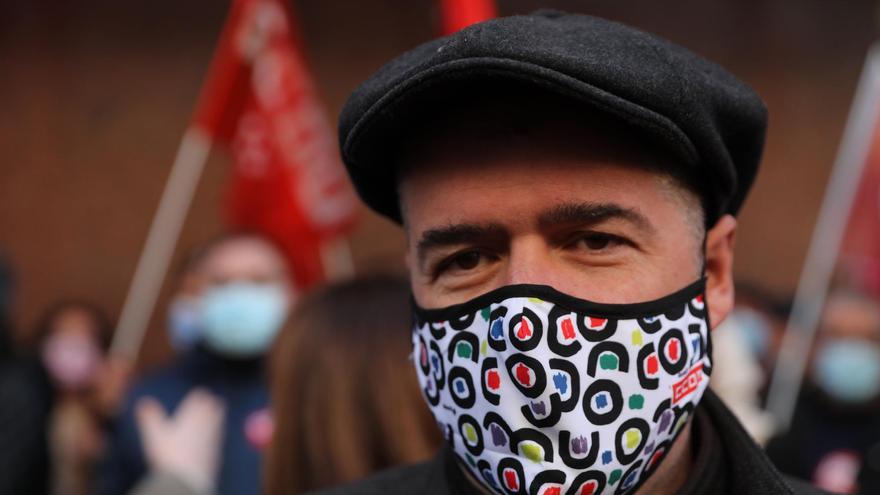 After the agreement of the social agents and the approval of the Council of Ministers, the labor reform faces its final phase, the parliamentary approval. And it does not seem easy, caught between the opposing forces of the employer, which demands that the agreed text be respected, and the parties a priori decisive for its passage through Congress, such as ERC, PNV or EH Bildu, who want to introduce changes. For this delicate task, the Executive has two important allies, UGT and CCOO, who have weeks talking with the parties already mentioned about the new labor norm, and that they want to continue exercising a “discreet” role, senior union leaders assure this newspaper, so that the agreement becomes law without undergoing modifications that denaturalize or drive away CEOE.

Although in this case they have the same objective as the Government, these sources do not spare criticism of the Executive. First, because the relationship with parliamentary groups has not been taken care of: “as with the interim law and with the pension law, with the labor reform they have not reported anything to their partners. Two weeks ago we met with ERC, and the Government had not given them a single piece of paper, “explains one of those consulted. The second reproach, the excess of optimism: “The Government believes that the deputies are going to be satisfied with two or three minor changes so that the blood will not reach the river with CEOE, but I believe that it will not be like that, they will want scope modifications,” says another union leader .

From their contacts in recent weeks with PNV, EH Bildu and ERC, all those consulted assume that there will be a modification of the regulations on agreements to give more role to the regional pacts. In fact, in the negotiation itself with the social agents It was considered to make an adjustment to the current regulations to remove from the state agreements part of their limiting power over the autonomous ones, but the CEOE rejected the change referring to the “market unit”; unions believe that despite this argument, employers will end up accepting a modification: “It is funny to speak of market unity when there are more than 4,000 company agreements, more than 600 provincial and more than 100 regional agreements signed by employers who are in CEOE”, ironizes one of the union negotiators.

Read:  Samsung Gaming Hub will allow you to play Xbox, Stadia and more on your Smart TV

More problems can give scope matters than groups like ERC already have advanced that they want to address: recover aspects annulled by the labor reform of Rajoy, such as severance payments prior to 2012, which were more substantial than current ones, or processing wages (those paid to an employee between the time he is fired and a court declares the termination null and void). “Neither CEOE nor the Government will accept it,” say these union sources, who recall that those issues were left out of the negotiating process which has just been concluded to be addressed in a future phase. In this sense, they believe that an area in which changes can be promoted that satisfy the left without upsetting the agreement would be delve into limitations to outsourcing.

The unions are clear in any case that their efforts to preserve the main lines of the agreement reached before Christmas Eve, in addition to being discreet, have limits that they cannot overcome: the political dynamics and the territorial agendas of the groups in question. “BNG and EH Bildu will have a lot of pressure from CIG, ELA and LAB, unions that would not see the agreement well, even if it was the best in the world, simply because we signed it UGT and CCOO”, explains one of those consulted. In the case of the PNV, “it is more armored in the face of union pressure, but some part will be charged in exchange for support for the reform”; and among Catalan nationalists, trade union influence is counterbalanced by that exercised by employers such as Foment and Cecot. “More than influencing what the groups are going to propose, we want to ensure that nothing breaks down,” sums up another union source.

The negotiations, in any case, will wait until the end of the Christmas holidays; There are already at least three of the Government’s parliamentary partners who confirm that they have maintained contacts with the team of the Second Vice President and Minister of Labor, and that they have the commitment that they will meet with Yolanda Diaz after Reyes, reports Angel Alonso. From Unidos Podemos, in fact, they point out that the leadership of the parliamentary negotiation will be exercised by the ministry.