Uncovered! – The Porsche Cayenne Facelift reveals its image in these new spy photos 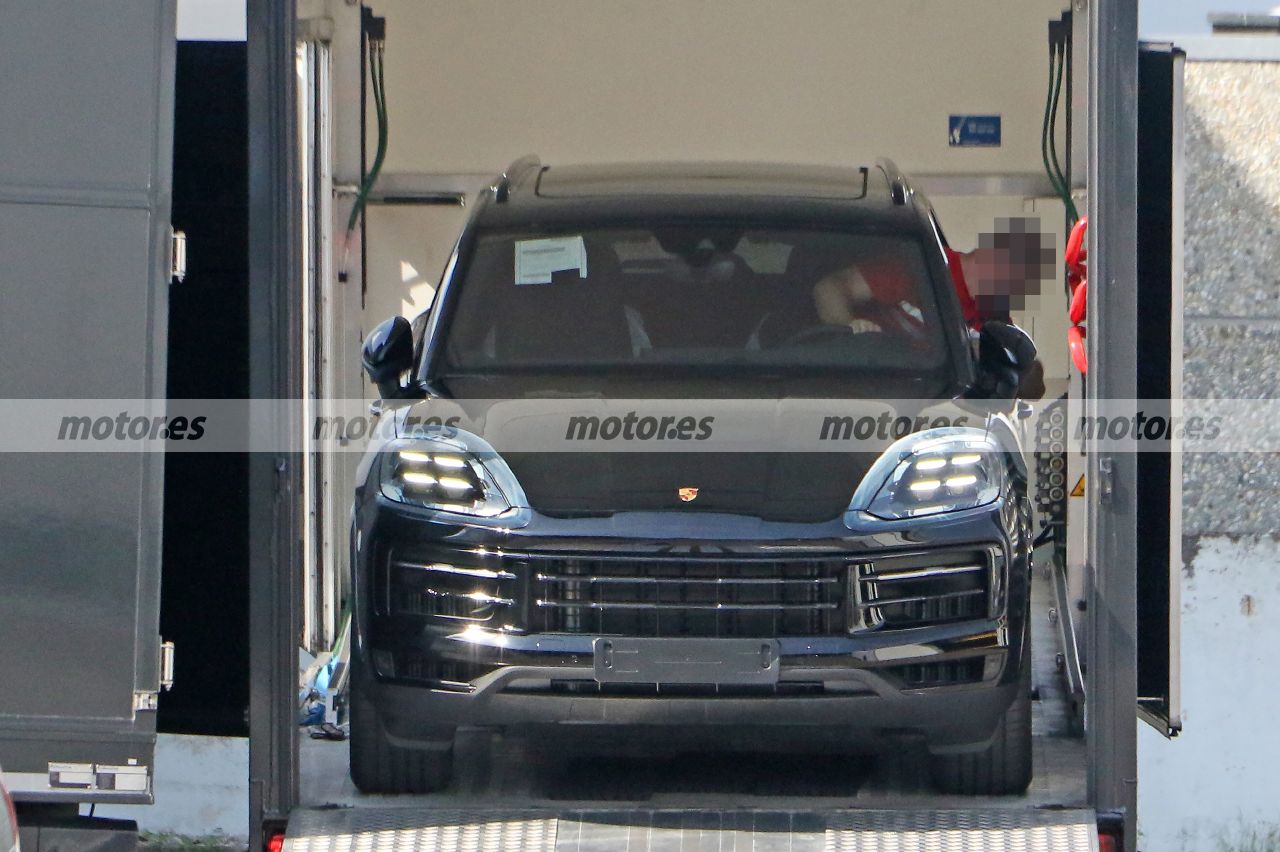 Giant step that the prototypes of the new Porsche Cayenne Facelift 2023 have taken. The SUV of the German brand has been hunted in some interesting spy photos that reveal its new, more modern image, especially of a rear that has remained more covered than usual .

The Porsche Cayenne Facelift 2023 has been hunted once again, but this time it has not been like the previous ones. The SUVs The most familiar sports car practically looks uncovered, showing a significant loss of the camouflage that has been covering the whole since the first day the prototypes of this facelift were seen, which is a sign that its presentation is closer.

The German brand has been surprised unloading several prototypes of one of the car carrier trucks that it uses to move the units to the test centers. And for the first time, you’re spy photos show the new design that will characterize the Cayenne in the second part of its commercial life. A change in the image that you will also share with the Cayenne Coupe. Barely a piece of vinyl continues to cover the headlights, preventing the projectors from being seen, but it is perfectly visible the shape of the headlights.

The front bumper also reveals its new shapes and grilles, with increasingly slimmer LED daytime running lights housed in the thin upper bar of the side air intakes. But, without a doubt, where the two new Cayennes really stand out is in the back. Their pilots have been fully revealed. Modern LED optical groupfiner and more homogeneous in shape that occupy the gate transversely.

Read:  A Ford executive hints at the arrival of the electric Ford Bronco again

Overall, the rear of the Cayenne is much cleaner, thanks to the offset of the license plate to the bumper, adopting the same sportier design of the revised Macan and Cayenne Coupé. Inside, the two models will also receive important innovations, with a new digital instrument clusterlarger and sharper, in addition to a revised multimedia system, also including a new touch screen and new driving assistants, among other equipment.

With a sportier chassis set-up and a revised range of engines in which PHEV versions will increase battery capacity To offer greater autonomy, the Porsche Cayenne Facelift testing program has just completed a year and a half, the time that the German brand usually takes for the facelifts of its models. Along with this important unveiling, the presentation of the SUV seems imminent, at the latest before the end of the year to start marketing in spring 2023.