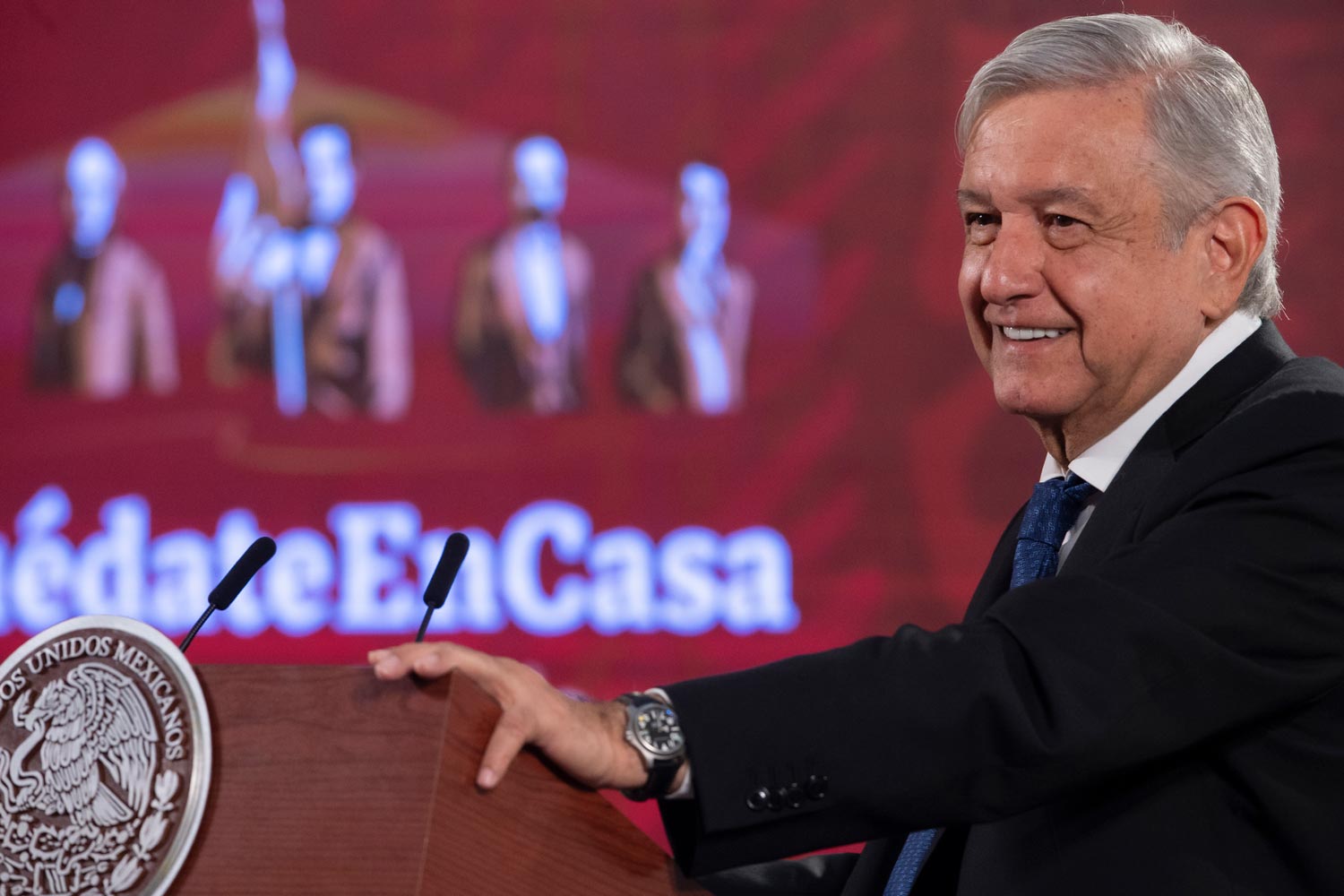 The complaints that President Andrés Manuel López Obrador has made against Mexican doctors have been constant. During the last few days he has pointed out that the specialists do not want to go to work in rural areas and that is why he hired 500 Cuban doctors. But now he made a new statement to criticize the National Autonomous University of Mexico (UNAM) and the indication it gave to Undergraduate Internal Medicine (MIP) to stay away from hospitals during the pandemic.

In this case, the president was against the decision made by the highest house of studies of withdraw all their students from the hospitals that treated Covid-19 cases. He assured that it was wrong because he left the doctors and nurses abandoned.

“The nurses, most of whom risked their lives in the pandemic, did something extraordinary; but there is an elite, which has retrograde thinking. It is like the case, with all due respect, of my alma mater, of the UNAM; and I always say what I think, I am not going to shut up, to claim that we are facing the pandemic and instead of calling on all the student doctors to face it, to help, they went home.”

Index hide
1 How did the discussion originate?
2 A student who died from dealing with Covid-19 cases
3 And in your case, do you think it was right to send all the young people home or should they have stayed in hospitals to care for infected patients?

How did the discussion originate?

As a summary, the origin of the conflict was generated on April 30, 2020. That day the General Directorate of Quality and Education in Health (DGCES) decided that MIPs could not be forced to continue their academic work within hospitals. The reason is because of the risk to which they were exposed.

Read:  Why WiFi goes wrong even if you use a repeater

As support, the constants were indicated. cases of young people infected by caring for patients without sufficient security guarantees. In fact, at the beginning of the pandemic there were constant complaints about the lack of Personal Protective Equipment (PPE) in hospitals.

A student who died from dealing with Covid-19 cases

For his part, one of the most commented cases was that of MIP Jorge Alejandro López Rivas, a student at the Faculty of Higher Studies (FES) Iztacala. Unfortunately He passed away at the General Hospital of Ecatepec “Dr. José María Rodríguez” where he was completing his internship. Although what caused the most outrage was that it was an event marked by multiple inconsistencies and that it could have been prevented.

Based on what was documented, the 23-year-old was forced to care for suspected Covid-19 patients without adequate protection measures on the grounds that the hospital did not have supplies. It was at this time that he became infected and his health began to deteriorate.

Despite the fact that he presented symptoms, the hospital authorities forced him to continue with his shifts or else he would be discharged. The foolishness and lack of empathy led to the death of the young man, although it has now been revealed that there are more cases of MIP that have been infected in the same hospital.

But this is not an isolated case because there were also other students who were forced to work regardless of the fact that their integrity was at risk. For the above, UNAM withdrew all its MIPs from hospitals during the pandemic.

And in your case, do you think it was right to send all the young people home or should they have stayed in hospitals to care for infected patients?

Reducing stress is key to losing weight, and these foods can help you do it

Anamanaguchi returns to Mexico this year!