By NicolasOctober 22, 2022No Comments5 Mins Read 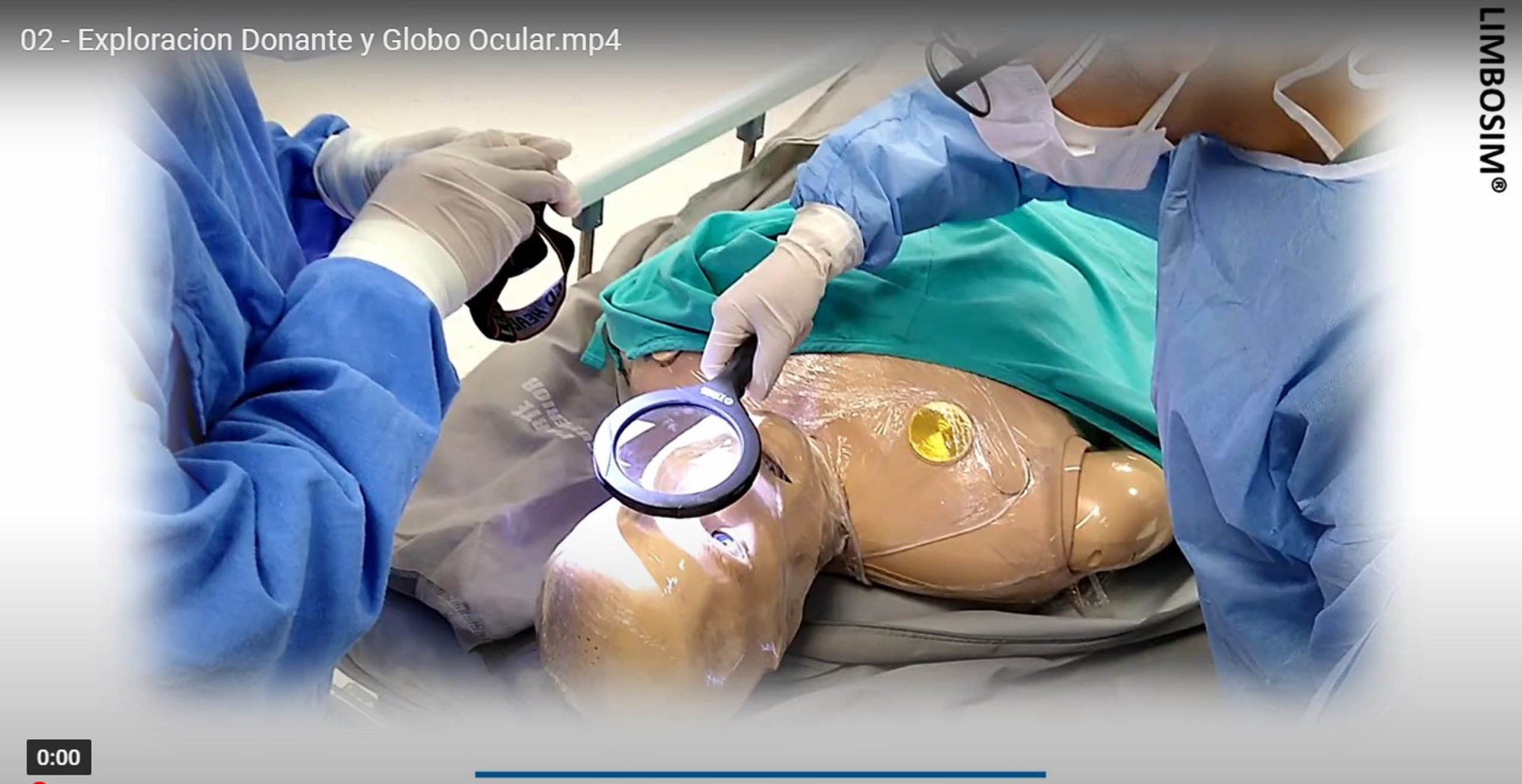 A multidisciplinary and inter-institutional team led by UNAM professors developed an important medical innovation. It is a hybrid surgical simulator for the training of health personnel who participate in the corneal donation process. The goal is power virtual practice of obtaining and transplanting corneal tissue.

The innovation, called LIMBOSIM®, could be a watershed because it would mean lower costs. Currently, for an imported cornea, more than 80 thousand pesos are paid, and not all recipients have the possibility of covering that quota.

The project, winner of the second place of the Santander X Mexico Award (2022), in the Accelerate category, would make it possible to achieve national and massive training in the short term. In this way, it would be possible to have more corneas from Mexicans for Mexicans.

The professor of the UNAM Faculty of Engineering, Sergio Teodoro Vite, reported that the innovation to practice the corneal tissue procurement technique was created during the pandemic when Karla Verdiguel Sotelo, an academic from the School of Medicine of the National University and then president of the Mexican Association of Ocular Tissue Banksraised the possibility of reactivating the training and organ and tissue donation programs.

“There was a great need for simulation-based teaching materials.”

Ariana Cerón Apipilhuasco, director of the Simulation Center for Clinical and Surgical Excellence of the Mexican Institute of Social Security (IMSS); Efrén Huitrón Peralta, in charge of the virtual reality area of ​​that instance; in addition to Juan Salvador Pérez Lomelí and Luis Miguel Vidal Flores, from UNAM.

The team developed a physical model (mannequin type) to represent the anatomy of the human head, as well as an artificial eye with its layers, including the most important one for this case: the cornea. After six months of work, the 3D design was obtained. Different materials were tested to even simulate the consistency of the skin of the eyelids.

There is also another virtual model of the simulator. It is a software that uses virtual and augmented reality in order to have a greater range of tools for practice the corneal tissue procurement techniquein case the physical model is not at hand, but a cell phone or a computer is.

Sergio Teodoro Vite’s business project was incubated in the Technological Base Incubation Unit of the Coordination for Linkage and Technological Transfer (CVTT) of the UNAM, System InnovaUNAM, which gave rise to LIMBOSIM®. The IMSS was the first institution that adopted the simulator to teach a training course that is carried out permanently, called “Cornea Code”.

Verdiguel Sotelo referred to the need in Mexico and in other parts of the world for corneal tissuethe first listed in the registry waiting for a transplant.

“It is documented that only one patient out of every 70 who require it is on the waiting list. We have a dire need to get corneas and support those patients.”

Based on the latest data, he detailed, we have more than four thousand people waiting for a transplant in an ordinary way. There are also those who, in an emergency, depend on the tissue to safeguard the eyeball.

“Today it is a priority health problem. It is necessary not only to train people, but also to be distributed throughout the country so that in the event of a positive donation or one accepted by the relatives of a person who dies, it becomes a reality”.

Before, ophthalmologists were the only ones trained to recover corneas from cadaveric donors. However, as of 2015, strategies were developed to increase local donations, such as the training of technicians, optometrists or biologists.

The specialist explained that previously this process was carried out in the Institute of Forensic Sciences, but with time and body limitations, and in small groups. However, it was not enough for donation programs in the country.

In addition, he stressed, with LIMBOSIM® we have explored the possibility of training surgeons to perform transplants. With some modifications to the first model, the capacity of the simulator would be expanded; “We’re already on it.” This would prevent staff from having to train abroad, as was the case years ago.

Twenty years ago, the university student recalled, we did 10 or 15 transplants a year. Today it’s 15 a week. The growth has been exponential; however, we are a small group in charge of carrying them out. “There are hospitals that have been waiting eight years to benefit a patient; If this model is replicated in the different institutes and states, it will be of great benefit to patients”, who range from 0 to more than 90 years.

What is the IMSS hospital that performs the most corneal transplants?

Doctors built an artificial cornea from a tooth