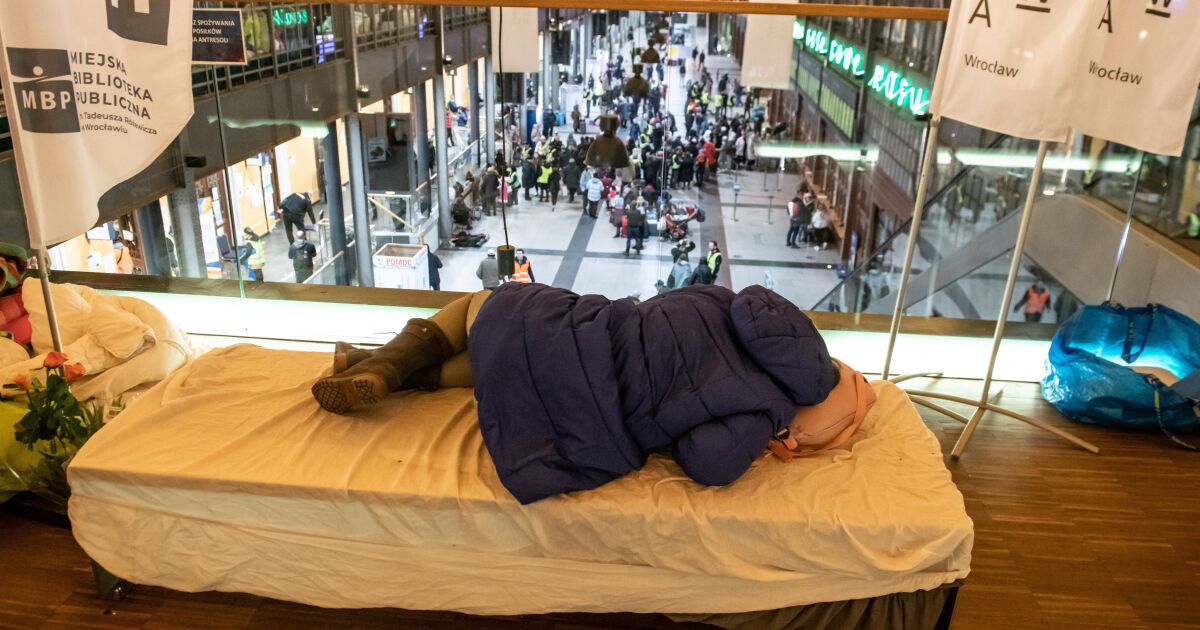 Unlike Hungary, Romania is not part of the Schengen area, with free movement within the European Union.

Schooling in the Czech Republic

Meanwhile, some 100,000 Ukrainians have already arrived in the Czech Republic, a country whose government has estimated could face an exodus of up to 500,000 people.

In the central European country there is a large Ukrainian community that before the Russian invasion totaled some 160,000 people with residence permits.

The high number of minors who arrive has forced the involvement of the entire school network in the country, to which thousands of children have already joined and where the teachers have received instructions to accommodate the new students.

Some 153,300 people have entered through the border of neighboring Slovakia since the beginning of the armed conflict, two weeks ago, police spokeswoman Denisa Bárdyová informed EFE today.

In some cases, these refugees have to wait six hours for administrative procedures on the Ukrainian side.

Many people enter these border crossings on foot, especially mothers with children and third-country nationals.

“Everyone says they are scared for their lives because of the situation in Ukraine,” Bárdyová said.