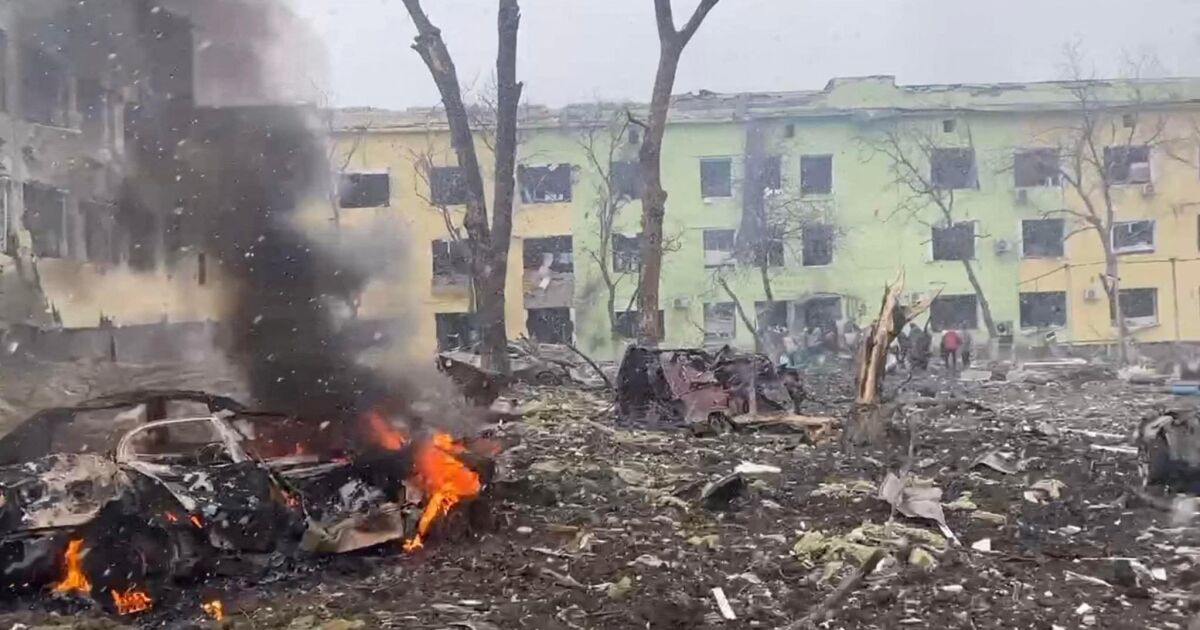 “Few things are more immoral than attacking the vulnerable and defenseless,” Johnson tweeted.

“It is appalling to see the barbaric use of military force against innocent civilians,” said White House spokeswoman Jen Psaki at a press conference.

No health facility “should ever be targeted,” UN spokesman Stéphane Dujarric said on Wednesday, following reports of the destruction by Russian forces of a pediatric hospital in Ukraine.

The UN and the World Health Organization demand “the immediate end of the attacks on health facilities, hospitals, health workers, ambulances,” Dujarric said during his daily press conference.

Mariupol, on the coast of the Sea of ​​Azov, is surrounded by Russian forces, which shelled the city despite promises of a ceasefire to allow civilians to evacuate.

Videos released by Kirilenko and city authorities show the moment of evacuation from the hospital, with one woman on a stretcher and another helped by two men as she leaves the building.

The footage also shows a huge hole in the hospital courtyard, tree branches torn off and vehicles on fire.