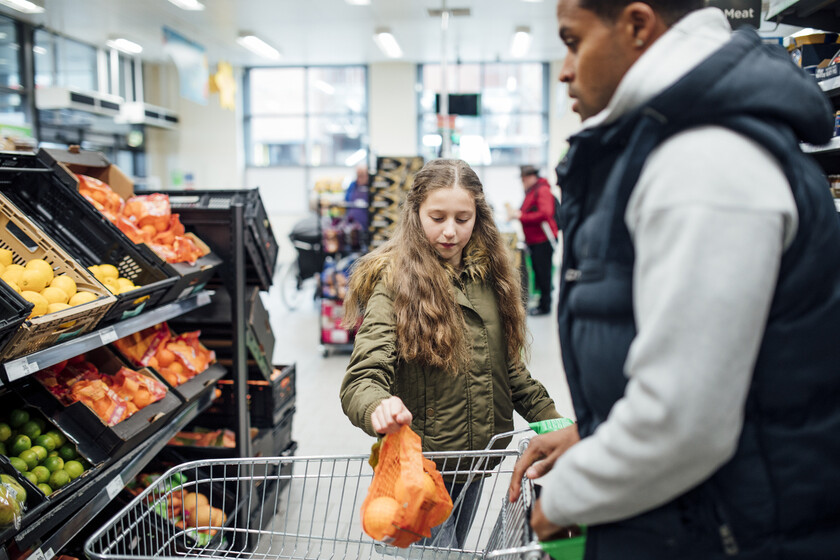 News about supply problems in food and other consumer goods has been a constant in the British news for months. The photos of empty shelves in supermarkets and information on large fast food chains that have to close due to not having access to raw materials. Even the legendary Worcestershire sauce is having trouble distributing in the UK and the rest of the world.

Although the problem has been exacerbated by covid-19, it is not directly related to the epidemic, but rather to a general lack of low-skilled workers caused by the restrictions on emigration after Brexit.

According to the Confederation of Hiring and Employment and the KPMG consultancy, the UK is experiencing the worst labor shortage since 1997, which particularly affects sectors such as hospitality, logistics and manufacturing. A perfect storm for the food industry, that it depended on the workforce coming from Europe to which the authorities now do not allow entry into the country.

The jobs that nobody wants to do

Many of the supply problems are directly related to the lack of truckers, a problem common to much of the developed world, but one that Brexit has accelerated in the United Kingdom.

Transportation companies are being forced to notably raise salariesBut, despite this, everyone who can avoid this job. And the reason is simple: it is very hard. Truckers see little of their family, lead unhealthy lives and spend their days alone. Does this make up for salary?

Until now, the demand for carriers was covered with foreign labor, but despite the improvement in conditions, the British are not filling the vacancies. About 90,000 truckers are missing and it takes on average more than eight weeks to fill a vacancy. After Brexit, millions of foreign workers left the country so as not to lose the freedom of movement afforded by membership of the EU; and those who would be willing to work there today cannot apply for a visa, which is only issued to skilled workers.

Read:  Halloween The final night – Trailer, premiere and everything about the film

Without a doubt, the lack of truckers puts the food industry in trouble. But as Andrew Opie, spokesman for the British Retail Consortium – the retail trade association – explained to a government advisory board, this is not the biggest threat to your business. Too there is a lack of labor in the food factories themselves.

“Despite all the efforts that the food factories are making, we cannot recruit enough local staff “explains Opie. “They just don’t want to play those roles for whatever reason,” Opie said.

In his opinion, the Government has to decide whether make the conditions more flexible to request a visa or assume that production is relocated to other countries and the United Kingdom has to import the products that until now it manufactured within its borders.

Christmas is going to be tough

Faced with this situation, British retailing assumes that this christmas is going to be complicated.

“Christmas is going to be incredibly challenging in some areas,” Opie said. “There may be small-scale disruptions. Even delivery times [de los pedidos] on-line they could be difficult to comply with. It is too early to predict, but not too early for the Government to do something to make sure there are no problems ”.

Although the Government continues to publicly repeat that the conditions for visa concessions will not be relaxed, The Times He assured last Sunday that several government ministers are already asking that, at least, special permits be granted to truckers.