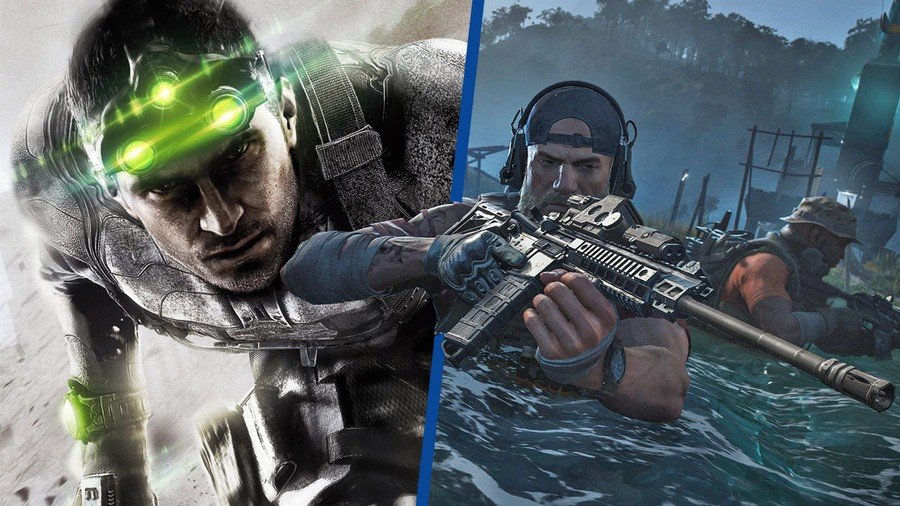 Share
Facebook Twitter LinkedIn Pinterest Email
Index hide
1 In the reports of the first financial quarter of the fiscal year, we learned that Ubisoft canceled the development of four games. I know what it is about In the note!
2 Share it with whoever you want
3 Related Posts

In the reports of the first financial quarter of the fiscal year, we learned that Ubisoft canceled the development of four games. I know what it is about In the note!

Ubisoft goes through moments of ups and downs: to the positive gameplay of Skull and Bones, the next game from the developer, bad news was added. Well, at least it will be bad for those who were waiting for the premiere of several titles like Splinter Cell VR and Ghost Recon Frontline.

During the results of the first quarter of the fiscal year, Ubisoft announced that they canceled the development of the two aforementioned games. In addition, thanks to the VGC website we know that we also two other unannounced games canceled. All of this is in order to reduce operating costs and thus ensure good development for the coming years.

Splinter Cell VR was originally announced in 2020, and although two years have passed, it was not an impediment to cancel this version in virtual reality. The positive point for all those who wanted to enjoy a game of Splinter Cellis that the remake of the game is still in development. This remake has nothing to do with what was announced since it is developed by Ubisoft Toronto.

Secondly, at the end of last year we first met Ghost Recon Frontline, and his life only lasted a few months. This was a battle royale in squads of four people who had to face each other on a gigantic map against 100 other players. Unfortunately, at the time of its announcement, this game received several criticisms, which is why it will surely Ubisoft decided to cancel it.

Finally, Alongside Splinter Cell VR and Ghost Recon Frontline, two other games were also canceled.. Unfortunately we do not know what games it is since they were not even announced. Still, given what’s happened, the cancellation of these games shouldn’t be too much of a pain for many people considering their initial reception.

The new adaptation of ‘Splinter Cell’ is not what you expect