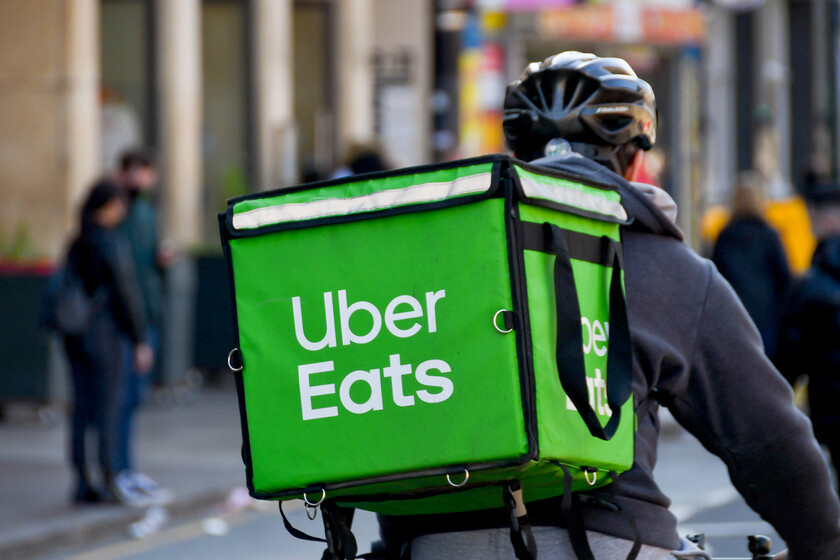 The objective now is to implement a home delivery modality alternative and “hybrid” that combines the contract to third parties -which currently prevails- with work with freelancers, to whom the company already resorted before the arrival of the Rider Law.

As expected, the reactions from the Ministry of Labor They did not take long to become public. His priority objective right now is to stop the new measures announced by Uber Eats, using all the legal formulas at his disposal.

In this way it is confirmed a new open war between the platform based in San Francisco (California) and a Ministry of Labor that seeks to prevent compliance with the law from being flouted and that they will be “relentless” in the face of the changes that delivery companies plan to implement.

A little over a year has passed since the entry into force of the ‘Rider Law’, which had as a direct consequence that the platform Deliveroo decided to leave our country. It was then that Uber Eats decided to associate with fleets that employ delivery people as salaried workers and stopped working with those autonomous delivery people with whom this week it has resumed contact.

For what purpose? Inform them that you are exploring the possibility of give drivers the choice if they want to work as hired by fleets or as freelancers. “Given the evidence that the majority of delivery people in Spain want to work as self-employed, we are exploring a new model that allows them to do so while complying with current regulations,” the sources said. To which they have subsequently added: “In any case, we will continue to offer the option of working with our collaborating fleets”.

This new model being studied by Uber Eats, which in August 2021 changed its model to comply with the ‘Rider Law’, aims to give delivery people full control over their work, which would include the ability to set the price of their own rates at any time.

Consequences of the ‘Rider Law’ for Uber Eats

This change of course is due to the fact that things have not gone exactly well for the platform since the application of said law. Yesterday they claimed that they had to close operations in 66 markets (such as Ibiza) and reduce opening hours in another 120 (such as Bilbao).

Furthermore, according to the company, “only 26% of self-employed delivery drivers who delivered with Uber Eats before the Rider Act decided to be hired by one of the partner fleets.” The rest chose to stop using the app or, in most cases, switch to an alternative option.

This made Significantly reduce the number of delivery people available, something that Uber Eats transmitted to Yolanda Díaz herself, Second Vice President of the Government and Minister of Labor, last March. At that time, the platform stressed that many of them preferred to work with Glovo, and assured that this firm did not comply with the law by keeping them self-employed.

In the next few days we will know if the Ministry of Labor finally allows Uber Eats carry out your plansalthough at the moment everything indicates that the agreement between both parties is going to be really complicated.