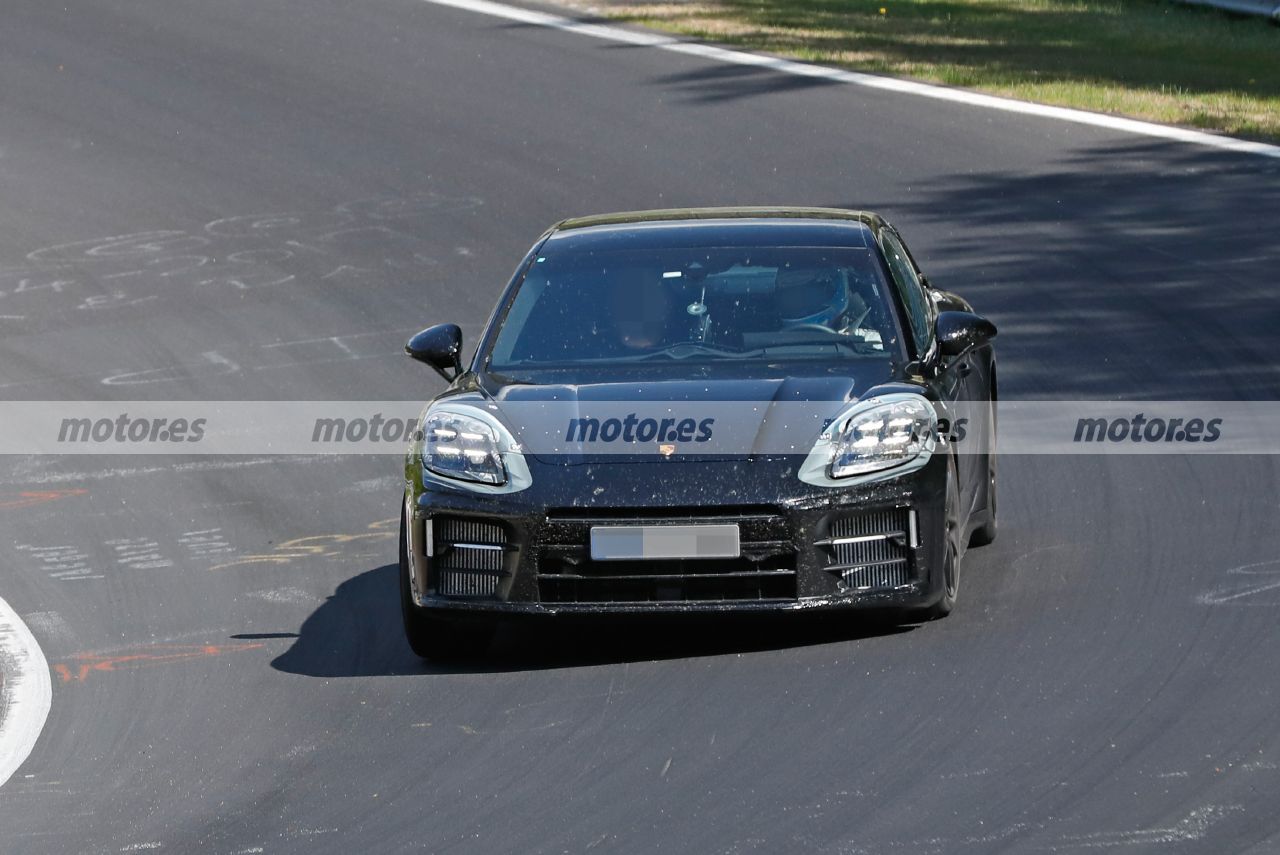 The prototypes of the new Porsche Panamera 2024 are once again seen in tests, this time at the Nürburgring circuit. Having passed the winter tests, it faces a new round on the demanding German track, where the saloon continues to maintain the same level of camouflage as in previous spy photos.

The test units new Porsche Panamera 2024 They have been seen again. Having passed the first winter tests, it is now the turn of the circuit of Nurburgring where he is squeezing himself thoroughly. One of the authentic Porsche flagship models that is immersed in the first phase of your testing programand a stage, such as the winter tests, to which he will return on more occasions until his presentation.

Seen inside, these new spy photos They show the sports sedan demonstrating its qualities and testing the adjustments implemented in the chassis, rolling at a more than fierce pace on the German track. There are no major developments in the design, as this prototype has a bulky camouflage covering key areas of the bodywork. In fact, the German firm has shown special emphasis on camouflaging the wings with a sheet metal riveted right between the wheels and the front doors, concealing a vertical air intake with vinyl.

But it also draws attention to some small stickers that can be seen on the muscular front wheel arch and around the headlights, actually being sensors to measure rigidity. The spy photos show two prototypes, one of them with a very unique detail, hiding the fixed window on the right side. In fact, the design of the one on the opposite side is slightly visible through the rear window taking up more surface of the rear pillar than the camouflage hides.

Read:  The Audi A6 Sportback e-tron prepares at the Nürburgring to rival the Mercedes EQE

In line with the increase in the wheelbase, and in the length. From behind, you can see how the brand has disguised the central part of the fine pilots with a red band, hiding this section. One of the keys to a rear that will experience almost a true revolution with pilots in the purest of Taycan technology, a feature that is being implemented throughout the range. The third generation of the Panamera will also inherit much of the dashboard design of the electric sedan, with three large screens that will be standard in the most exclusive versions, and only two in the most “conventional”.

This will be the Porsche Panamera 2024, a faithful preview of the new sports saloon

The model has more than a year and a half in testing ahead of it, which adds to the months it already accumulates. Altogether, approximately two years until it is revealed, so it will be a world first in 2024. The German brand is obliged to reduce emissions, so it will introduce the technology 48 Volt MHEV on petrol versions, also increasing the autonomy of the plug-in hybrid versions. Porsche will also give an important twist to the brutal “Turbo S E-Hybrid”, because its power figure is far off the AMG GT SE Performance that reigns in the category with its 843 CV.