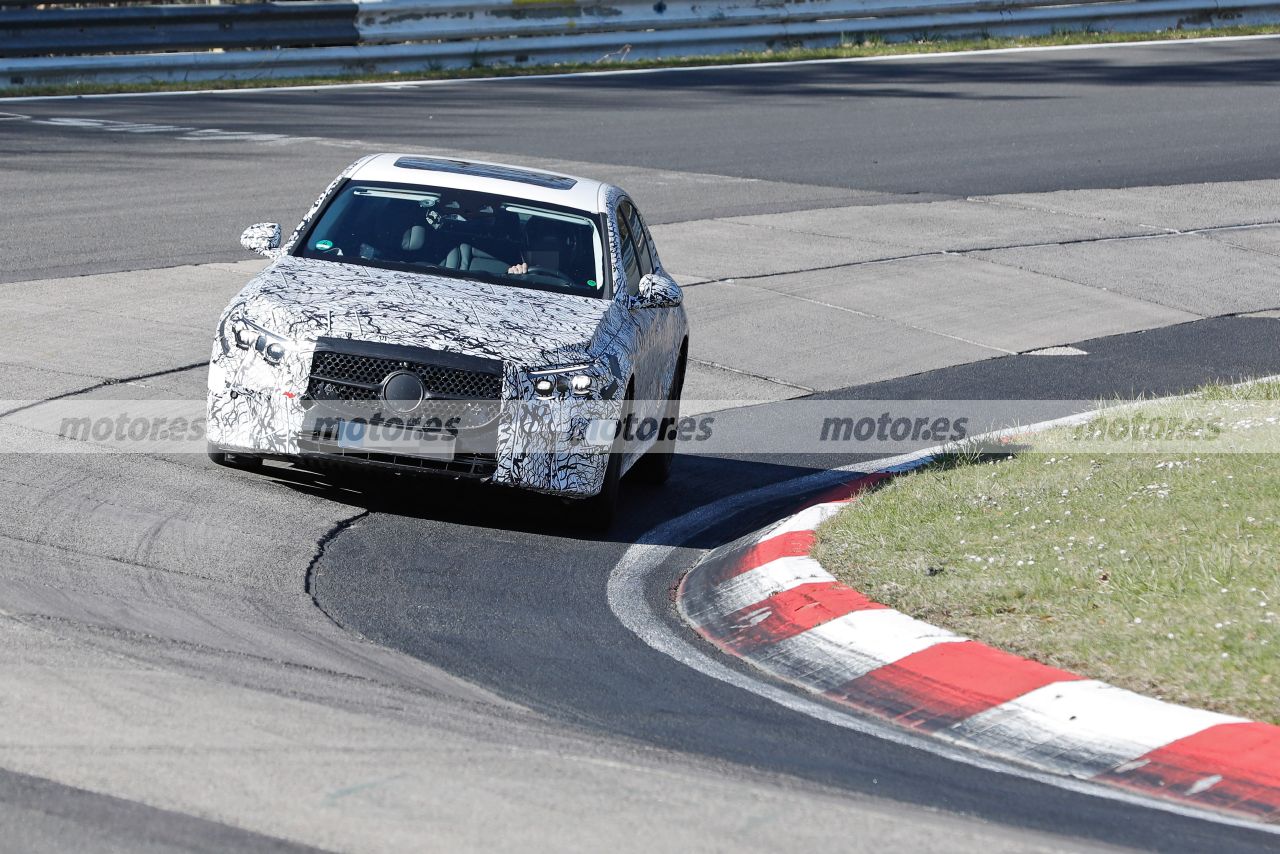 With just six months in development, the prototypes of the new Mercedes E-Class 2023 are already facing the German Nürburgring track for tests that will assess dynamic resistance. The new saloon of the star brand has been seen with two prototypes and. both dressed in the sporty AMG Line finish.

They have not reached the halfway point of their development program, but those with the three-pointed star are already facing the prototypes of the new generation of the Mercedes E-Class to the demanding tests of resistance and driving dynamics on the north track of the circuit from Nurburgring. Rolling hard in the little more than 20 kilometers that this section has, this morning a couple of well-camouflaged units have appeared, but leaving some details in sight, which you can see in these spy photos.

These test prototypes sport the “AMG Line” sports finish, betrayed by a couple of details that until now had not been seen. The new Mercedes E-Class 2023 begins to uncover part of the front of this new sedan, with the large radiator grille for now painted black and a single horizontal slat holding the emblema framework that lacks the small chrome stars that will be carefully added between each hole as in the new C-Class with this sportier line.

This is one of the signs, but also the front bumper reveals a taller bumper, with the vinyl hiding larger air intakes at the ends and being closer to the asphalt. In addition, the side skirts are slightly more prominent, precisely to hide the lower ground clearance, and behind the alloy wheels it hides some sports brakes with perforations on the front discs. A detail typical of the “AMG Line” sports equipment, together with more powerful calipers on this axis.

Read:  Will Hamilton have to penalize? This is how Mercedes "juggles" to avoid it

The rear part is also betrayed because you can see perfectly that the lower section of the bumper has a more aggressive look under the camo, some more marked lines typical of a specific insert that will enhance this part. Furthermore, the absence of leaks, hidden under a rear fairing, and the absence of the hitherto usual trims integrated, will especially distinguish this new E-Class Saloon. Spy photos prevent you from taking a look inside, although you can see perfectly part of the 10.25-inch instrument display that occupies the dashboard, with the central section covered.

The Mercedes E-Class Sedan is sold out, why are orders not accepted?

Known internally as “W214», the code corresponding to the sixth generation of another of the most important Mercedes models, has a long year ahead of it in testing. It still lacks the heat tests, and a second pass through the winter tests and also through this same scenario, prior to its market launch, which is scheduled for spring 2023. With a range of petrol, diesel and plug-in hybrid engines with four and six-cylinder blocks, the “AMG Line” level will be one of the available extras associated with the entire range of enginesprinting a sportier extra to the new sedan.

Lunar Occultation of Mars: Can it be seen in Mexico, when is it and why does this phenomenon occur?

Alpha Centaurids Meteor Shower 2023: What DAY, and what TIME can they be seen in Mexico?

Esen gives away Maruchan outside the Poli; schools line up