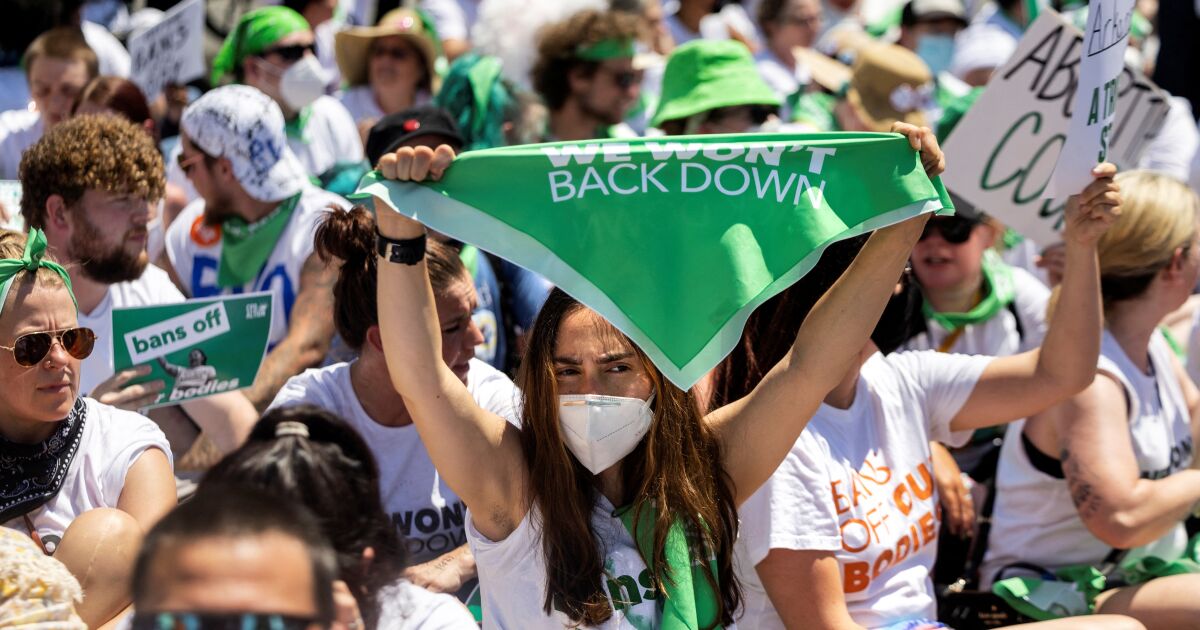 In Kentucky, Justice Mitch Perry issued a temporary restraining order to prevent the state from enforcing a ban approved in 2019 and triggered by the Supreme Court decision.

Also Thursday, the Supreme Court overturned lower federal court rulings that had invalidated limits on abortion in Arizona, Arkansas and Indiana based on Roe.

With the federal right to abortion no longer guaranteed, pro-choice groups and clinics have rushed to state courts to try to curb or stop Republican-backed restrictions on women’s ability to terminate pregnancies, which are now are going into effect or about to go into effect in 22 states.

State courts in Texas, Louisiana and Utah have also temporarily blocked bans in those states since last week, and abortion providers are seeking similar relief in states including Idaho, Ohio, Mississippi and West Virginia.

Florida’s 15-week ban, signed into law by Republican Gov. Ron DeSantis in April, was due to take effect Friday. The law mirrors one in Mississippi that is at the center of the case Roe struck down.

“I believe that the state has failed to provide convincing and credible evidence that this law, HB 5, exhibits a compelling state interest that must be protected,” Judge Cooper said.

Several groups, including Planned Parenthood affiliates and Florida abortion clinics, have sued, arguing that the state constitution protects the right to an abortion up to 24 weeks of pregnancy.

Cooper said he agrees the statute violates the state constitution’s right to privacy guarantee, noting that the state Supreme Court previously ruled that the state right is broader than the federal equivalent and includes abortion.

Read:  The Mexican company that made tapioca tea an export drink

Florida Attorney General Ashley Moody, a Republican, had no immediate comment. However, there is likely to be an appeal, and the case could reach the state’s high court, whose composition has changed and now includes all Republican-appointed judges.

Kentucky is one of 13 states that have enacted so-called “trigger” laws, designed to take effect if Roe v. Wade were overturned, according to the Guttmacher Institute, an abortion rights research group.