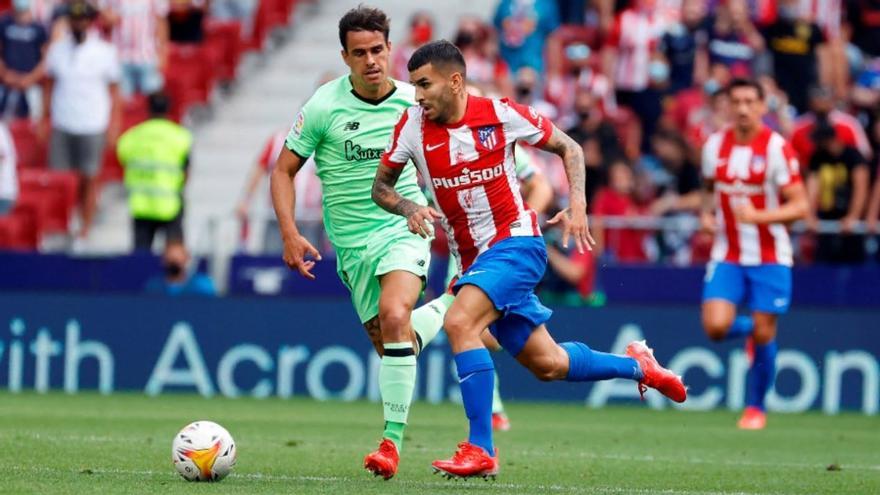 Two champions, two crowns, two thrones, a sea of ​​doubts. The current LaLiga champion, Atlético de Madrid, and the current Spanish Super Cup champion, Athletic Club. Two teams that are not meeting the expectations or goals of the start of the season.

Much more accentuated in the case of the Metropolitan as a whole. In his attempt to defend the title he is failing in capital letters. He is currently 16 points behind Real Madrid with one of the best squads in its history. Doubts have appeared even with the Cholo. But the Super Cup may be the necessary stimulus.

Riyadh can mean a turning point for mattress makers. Fighting for the league is almost impossible although worse utopias have ended up being reality. The obligation is to seal a ticket for the Champions League in the domestic competition and, for now, eliminate United in this edition. Win the Super Cup in Arabia it may be the necessary boost for an unrecognizable team.

Back to the origins

To do this, Simeone will recover the system that led him to glory last season, the 5-3-2. The drawing dances have not gone well for the Argentine coach who recovers the undisputed Koke for the occasion. The captain will be accompanied by Lemar and Kondogbia. Behind, the absence of Savic leaves the scene clear for a trident formed by Felipe, Hermoso and Giménez and escorted on the lanes by Carrasco and Marcos Llorente.

The great doubt of the Cholo resides in the attacking duo. One of the squares, except for unexpected surprise, has a name and a surname. Angel Correa. The other has her on track a Joao Félix who has left specific sparkles but who is asked for much more regularity. Suárez would stay on the bench despite being the team’s top scorer. Of course, his streak of two goals in the last fifteen games has not done him any favors.

Perhaps that is why they are more dangerous than ever. Athletic has taken flight in 2022 with its victory in Pamplona and its pass to the second round of the Copa del Rey. The game against Alavés, a 0-0 of those that are recorded for bad, served to keep the undefeated in this new year. But the feelings up to this point in the season have not been as expected.

There were doubts with Marcelino because the project is designed to fight for the European places and the team has a whopping 10 draws so far in the league. In fact, Athletic linked eight days in a row without winning, a streak that ended with his victory against Betis in San Mamés.

The lions are into the Super Cup and they already showed it last year. They beat Real Madrid in the semifinals and did the same with Koeman’s Barça in the final. The one with the trumpet of a Villalibre that tied the game in 90 ‘and that Williams sentenced in extra time. Raúl García gave notice before flying to Riyadh. They are convinced that they can repeat history this season.

For this, Marcelino will not be able to count an Unai Winner who had made a hole in the eleven based on good performances. The manual 4-4-2 ensures only the place at the top for Iñaki Williams. Sancet is in a state of plethora of form but Raúl García’s seniority can tip the balance.

Sony will make series based on the video games Horizon Zero Dawn, God of War and Gran Turismo