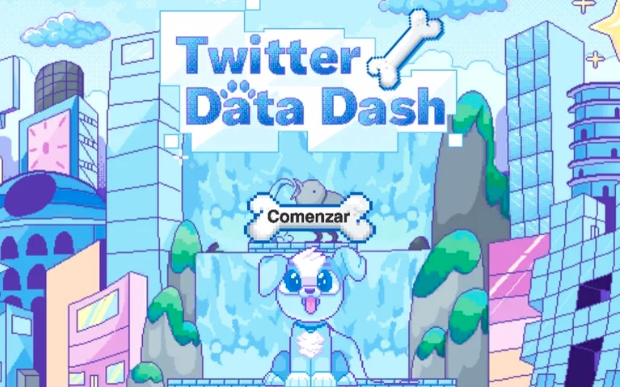 Twitter has been making various changes since Elon Musk became the new owner of this social network. The social network recently announced that it will implement its new privacy policy from June and In order for users to understand this regulation, it created a game with which they can learn to take control of their experience on the social network.

According to data from Statista, in 2023, the number of monthly users of the social network could exceed 340 million, that is, 50 million more than those registered as of 2019.

Likewise, the statistics platform indicates that Twitter currently ranks as one of the social networks worldwide leaders based on active users.

The social network explained that through the game its intention is to train users in the privacy policies of the platform, since, “Twitterverse can be difficult to navigate if you don’t know your way around.”

The game is called Twitter Data Dash and places the user in PrivaCiudad, where a dog, named Data, has to get safely to the park.

Given this, they explain that in the game, the user must dodge cat ads, swim “in a sea” of direct messages and even fight trolls. As well as the objective is to learn to “take control” of the own experience on Twitter.

On the other hand, it details that the game is accessed from the browser, is free and is available in nine languages, including Spanish. The company ensures that it does not collect data from users who decide to participate in it.

Twitter announced that the change in privacy policies will take effect on June 10, so the game includes new wording for users to more easily understand what it means to be a public platform, the data it collects and the use he makes of them.

It also adds what the controls it integrates look like and allows users to better understand how to configure their experience, among other things.

“A new copypasta and duplicate content policy is being implemented on May 10. This is an initiative that aims to combat spam and duplicate content. By copypasta the company refers to material that is simply copied and pasted from an original source to later be shared by other profiles as if it were their own or original”, they explain.

While copypasta or duplicate content is a tactic to spread a message and is used for a wide range of purposes, it can be repetitive, spammy, and disruptive to people’s experience on Twitter.

Another recent change is that as always, anyone on Twitter can report tweets that they think are in violation, so to do this you have to click on the three dots next to the post and choose the Report Tweet option. Then you have to select the reason for which the material is being reported and send the report.

Chicken with “extra protein” from Soriana earns the anger of consumers