Twins in class: together or apart? 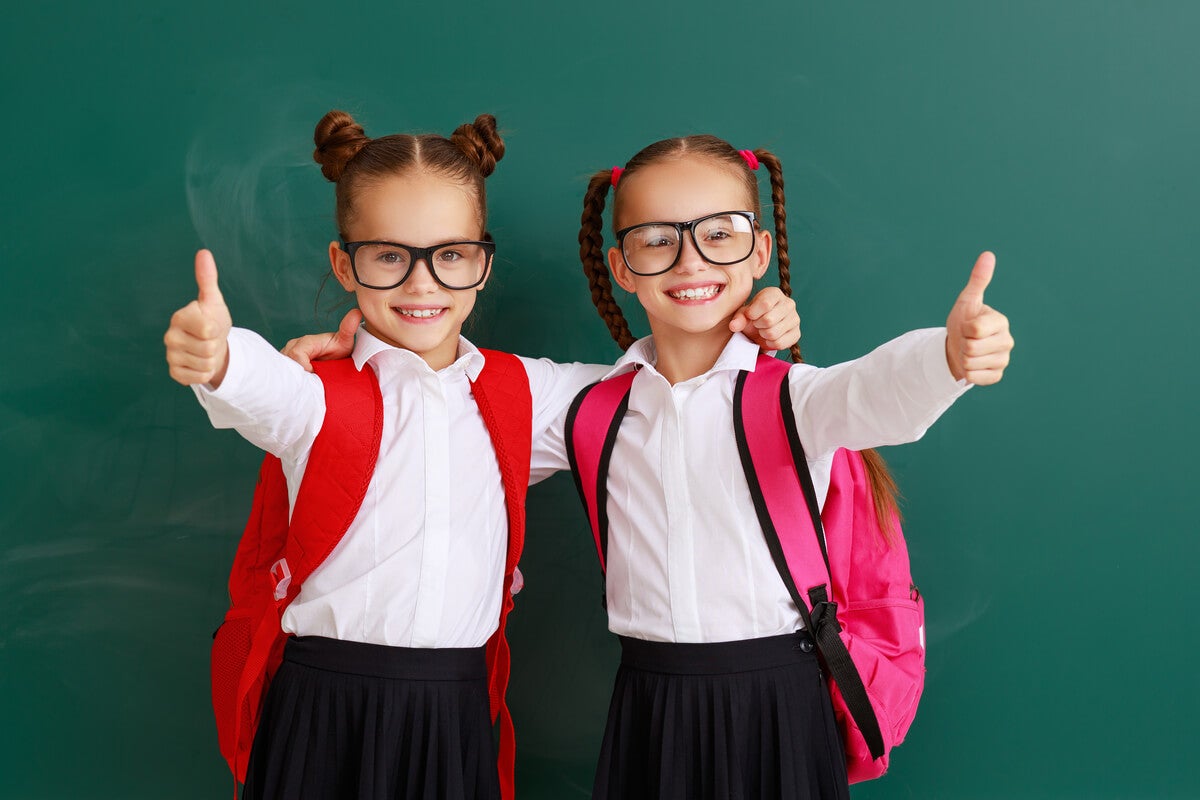 The further away from daily care one is from twins, the closer to the decision to separate them. Parents and teachers who know them best agree that it is recommended that they be together.

Reviewed and approved by the psychologist Elena Sanz the November 18, 2021.

When it’s time for school, parents and teachers wonder if the twins in class should be together or apart. The doubt is recurrent. More now, that multiple births are frequent compared to decades ago.

The twins, identical or fraternal, have been together forever and feel or perceive as unity. It is what is known as peer identity.

As in many difficult decisions, common sense must prevail. Parents know children better than anyone and know what would be ideal for their children. Let’s see in the article why some schools order the separation and look at the problem in the light of science.

Index hide
1 Schools versus the separation of twins in class
2 What does science say?
3 Buying double in the long run is not the best
4 Socialize before school
5 When should twins be separated in class?

Schools versus the separation of twins in class

To the parents, attending the same school is an economical formula. And the twins in class would necessarily be together if there was only one classroom per grade and age; not so if there was an alternative or possibility to choose.

In general, traditional schools consider it advisable for twins to be separated because they start from a fixed criterion of identity construction. This suggests that the person stands up autonomously and individually; something that contrasts with the unity exhibited and demonstrated by the twins.

Separation in schools stems from fear that one child will be overly dependent on the other, to the point of affecting their development. In some, they do not even suggest, but impose separation, claiming that together they compete and one seeks to prevail over the other.

To avoid possible conflictive situations they resort to putting them in separate classrooms; a decision that is increasingly at odds with scientific evidence. These point to a perfect development if they remain together, so the schools have been joining flexible policies agreed with the parents.

What does science say?

Science confirms that separation per I know, as a fixed or mandatory rule, can bring problems. The twins defend, support and collaborate by being together, a condition that they feel in a very special and intense way. In fact, it is said to be the closer relationship that can exist between 2 people.

The complexity arises because every child grows apart from the unity with the mother. But the twins must not only achieve this with respect to her, but in their relationship with the brother. Twins who grow up together achieve a distinctive identity because each one focuses on being different.

With everything, in the first years it is not convenient that they are separated. The data confirm this assertion. The early separation It brings internalization problems and more in the case of monozygotic than fraternal or dizygotic.

Read:  Pull-up bar: which one is better to buy? Tips and Recommendations

Teachers in particular have been convinced of this before the directors. Indeed, teachers and parents agree and propose to agree on the terms of permanence of the twins in class.

On the other hand, the way of assuming identity-differentiation goes through whether one speaks of identical or fraternal twins. The latter will have different behaviors than monozygotic twins. Sometimes, the inclination to protect is reflected in the fact that the twin girl will play the role of mother, taking care of her brother.

Buying double in the long run is not the best

Parents of twins tend to dress and shop for double items. It is practical and has economic and aesthetic advantages, since the scene of children who are mistaken for identical is funny and arouses interest and curiosity. Now, this contributes to affirming the uniqueness within the identity.

From this it follows that it is the parents, before the children, who are called upon to make an effort to differentiate themselves. In fact, there are parents who speak to both as if they were one. They read the same nightly story to both of them and give them the same gift with the intention that they do not dispute.

Raising awareness of this attitude will help to overcome the double inclination equally to offer children a variety of ways and stimuli that help them grow. That they learn to choose separately and without pressure from one over the other would be the ideal.

If they dress alike, when looking at their brother, the twin will be seeing himself continuously as in a mirror. It will take longer for your own recognition. The already grown twins may not remember this fondly.

From Every point of view, sudden changes and unforeseen breaks are unfavorable. For the twins to face the novelty of school, it is prudent that they previously participate in free and playful educational and socialization dynamics.

The children have been close and alone interacting in their daily lives in the intense family life. The pre-socialization is a good preview of what they will find in school. The other children and the diversity outside the home broaden their horizons of recognition.

It would be great if they participate in tutoring experiences for a couple of hours, where they can be alone, sharing with a group. Children their age, toys, and other attractions may make them forget about parental attention and vigilance for a while.

These exercises will let children know that they are different. Not just with each other, but with respect to the people they interact with. The school will not be so strange to them and they will have trained communication and relationship strategies.

When should twins be separated in class?

We have already said that there should be no fixed and restrictive position around twins in class. But if being together hinders one’s social development, they should separate.

Also, when one of the twins is ostensibly imposing on the other, or if the language develops faster, it is convenient to make the change. If competition or negative feedback makes them irritable and confrontational is not a good sign.

That is why it is important that twins up to 5 years old have a level of socialization that allows them to generate friendships. Leaving the house and frequenting groups will help them at the time of any separation..