Turbo Golf Racing announced, or what Rocket League would be like with giant golf balls 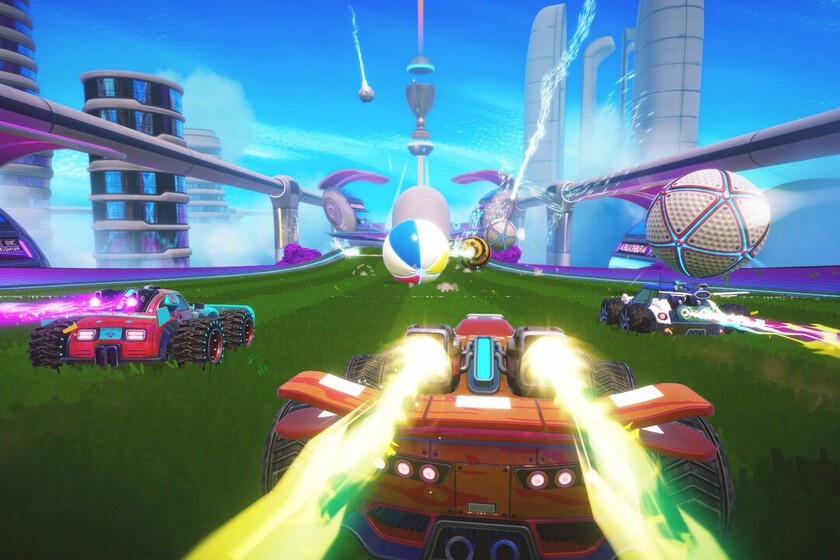 Hugecalf Studios has announced the development of Turbo Golf Racingthat if they tell me that it is actually a new Rocktet League mode, I would believe it, because it is impossible not to remember the Psyonix game after seeing the presentation trailer of this sports title with arcade gameplay.

In it we will have to pilot some turboprop cars that must push gigantic golf balls while they move at full speed in order to put them in the holes of the circuits. Until you reach the finish line, you can jump, turn, glide and shoot through the air in order to be the first to get the ball into the game.

The games will have a capacity for eight people with an arcade gameplay, since you can push your opponents or even launch missiles at them to briefly neutralize them. Along with this there will be special abilities, such as the ability to fly faster, the stomp or the gravity ball, among other series of super cores that can be equipped on vehicles.

As you level up they will go unlocking cosmetic items to modify the appearance of the cars, which will be accompanied by free updates that will not stop including more circuits, power cores and more new features so that it is worth continuing to play.

In the absence of knowing when it will go on sale, you can sign up for a beta from its official website, while its launch is scheduled for pc via Steam and on consoles for Xbox One, Xbox Series X/S and Xbox Game Pass since the first day.

Read:  Kami Terzieva in a perfect cosplay of Evelynn K/DA from League of Legends