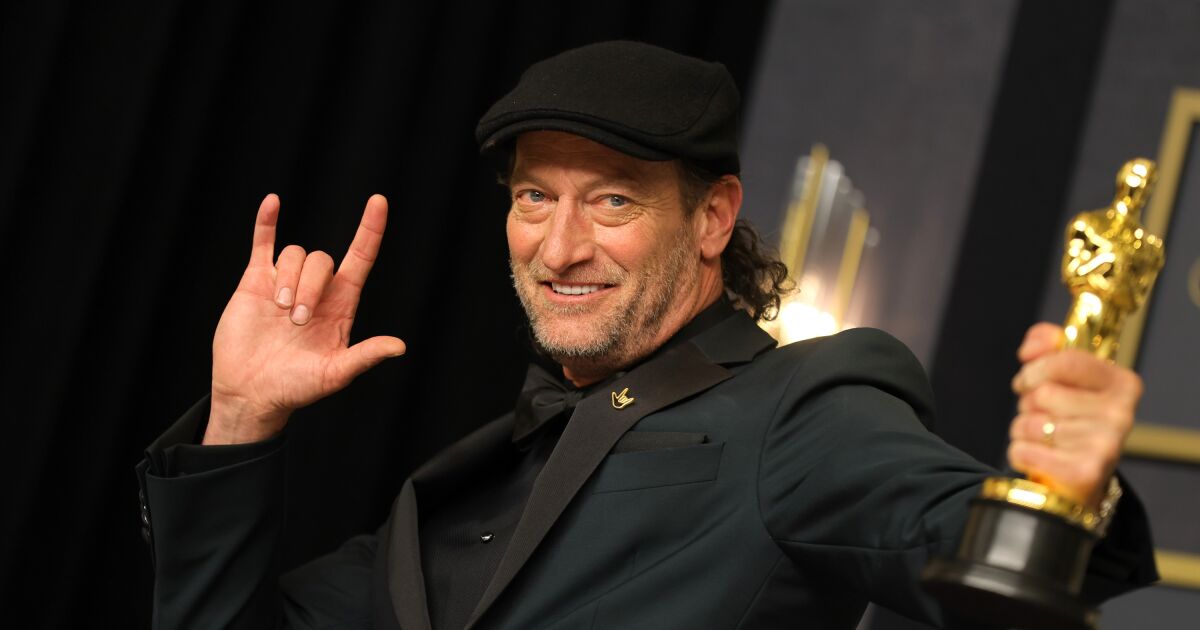 The star of the film CODA reported what happened through a tweet published last Saturday and that he later deleted, according to the portal. The Hollywood Reporter .

Nevertheless, his vehicle and the Oscar award were recovered by local authorities.

Kotsur, the first deaf actor to win an Oscar, had shared a photo of himself with several agents as he thanked them for their efforts.

His truck was found with two minor suspects inside, police told The Hollywood Reporter.

Both minors admitted to assault and were charged with Theft of Less Than Transportation. “They were remanded into the custody of the Maricopa County Juvenile Court System,” a Mesa Police Department representative said, according to the outlet.

Kotsur was recently honored with the key to his hometown of Mesa last Thursday. “It is such a special honor to receive the key to the City of Mesa, the place where I was born and raised, and where I will always call home,” the actor said during a ceremony, according to the agency. Associated Press.

Troy Kotsur, 54, received his Oscar Award in the category for Best Supporting Actor for his role in the movie CODA: Signs of the Heart.