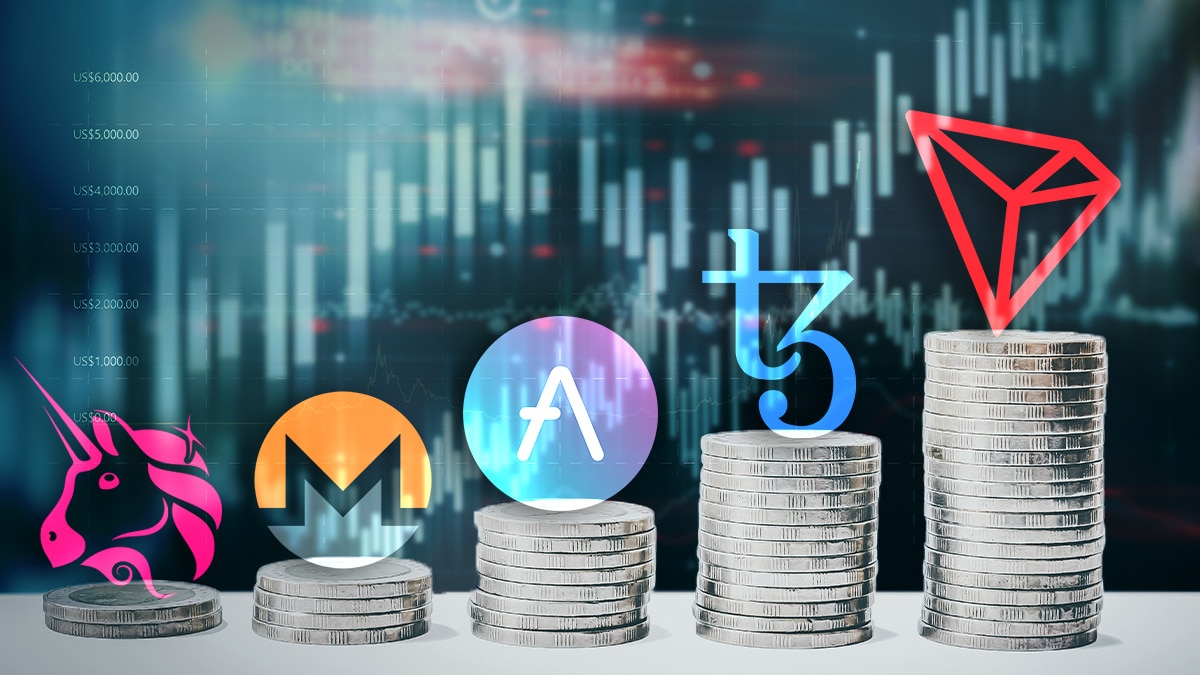 The cryptocurrency market remains reeling, with bitcoin (BTC) failing to recover above $30,000 per unit. However, there are certain altcoins that managed to do well in the last 7 days. Some of them even rose more than 10% in that period.

The most successful of the main cryptocurrencies in the market was Tron (TRX), with a 15% rise. TRX seems to continue with the momentum that the announcement about the launch of a stablecoin characteristic of this network.

The second cryptocurrency of the week was Tezos (XTZ), which will have a non-fungible token (NFT) exhibit at the Art Basel Hong Kong 2022 art festival. Aavewhich has just officially launched its social network, completes the trio of cryptocurrencies with more than 10% increase.

The top closes it Monero(XMR), whose next fork is getting closer; Y Uniswap (UNI)decentralized finance (DeFi) protocol that joins two new blockchain networks.

As we reviewed in CriptoNoticias this Monday, May 23, bitcoin (BTC) closed for the eighth consecutive week in red. The entire top 10 of the altcoin market (ETH, XRP or Solana, for example) is also in the red in the last 7 days, with the sole exception of Binance Coin (BNB).

Tron leads the top again with 15% up

A month ago, the creator of Tron, Justin Sun, announced the launch of a stablecoin characteristic of this network. Called simply Decentralized USD (USDD), the currency was intended to compete with the stablecoin of Terra, now fallen from grace.

The market welcomed the announcement of USDD, as this is not the first time since then that Tron’s flagship coin TRX leads CryptoNews’ top altcoins.

On this occasion, the cryptocurrency had an increase of 15.71% in a range of 7 days at the cut of this bulletin. Thus, its price stands at USD 0.08124, accumulating an increase of almost 7% so far this year.

With more than 7,700 million dollars of capitalizationTron is currently ranked 14th From the market of cryptocurrencies with more capital. Furthermore, in the last 24 hours it has seen remarkable trading activity, exceeding $1.4 billion in volume on exchanges.

Tezos recovers from its lowest price of the year

The second top cryptocurrency does not have the level of increase of Tron in this year 2022. With a rise of 12.43% in the last 7 daysTezos (XTZ) has managed to recover a little, after touching its lowest price this year.

With this momentum, XTZ has its market value above $2 per unit again, having dipped below that mark during the second week of May. Despite this rise, the coin is still more than 50% below its initial price for the yearor, about $4.4.

The most prominent news for Tezos in recent days is your participation with an NFT exhibition at the Art Basel Hong Kong 2022 art fair, to be held between May 27 and 29. However, it does not seem that this news has the power to give such a boost to the currency, which could have risen more as a rebound after hitting rock-bottom levels in the market.

Tezos is the 37th coin by market capitalization, with a accumulated value of 1,859 million dollars at the time of writing. The volume traded on exchanges in 24 hours is about 158 ​​million dollars.

The third coin in this top that exceeded 10% increase in the last 7 days was Aave. That rise took it to about USD 98.60 in price in the market, at the time of this article, although for a moment it managed to exceed 100 dollars in the week.

As in the case of Tezos, Aave is well below the initial price of this 2022, in addition to coming from its lowest prices of the entire year reached the previous week.

Aave had an uptick, perhaps fueled by the launch of its social network on the Polygon network. Although its creation had already been announced last February, Lens Protocol was released on Polygon this weekaccording to an official announcement via Twitterr.

Right now, Aave accumulates more than 1,350 million dollars of capital, which places it in 43rd place in the cryptocurrency market. Its trading volume in 24 hours is around 288 million dollars.

Monero strikes back as its next hard fork approaches

A new hard fork or update is coming to the Monero network. And while that update is still more than a month away, the market appears to be bracing itself with a boost to the network’s cryptocurrency (XMR).

During the last 7 days, XMR increased by 8.37% to be located in the USD 187 price. This rally completes a more than 40% boost for Monero in a matter of two weeks.

Located at position 25 of the market, XMR accumulates more than 3,450 million dollars of capitalization and a trading volume of 235 million in 24 hours.

Uniswap completes the top after its deployment in two new blockchains

To finish this week’s top, we find UNI, the token of the decentralized finance platform (DeFi) Uniswap. right after announcing the deployment of the protocol in two new blockchains: Gnosis and Moonbeam.

Its impulse of these last 7 days was 6.61% at the cut, for a price of USD 5.65 per unit. Put into perspective, the rally seems irrelevant when we see that the token is down more than 65% so far this year.

At the time of writing this article, UNI has a capitalization of market of more than 4,000 million dollars and a volume of trade of 225 million in 24 hours. the token it is the 21st most valuable asset on the market today.