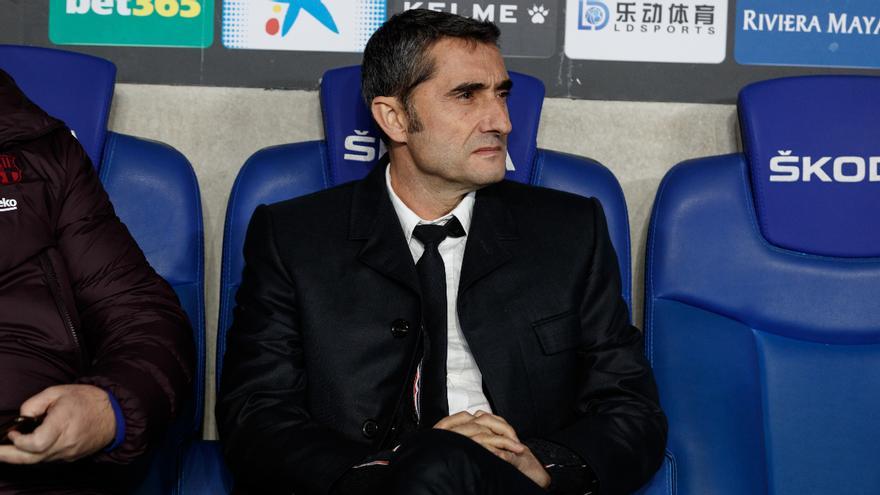 The future of Ernesto Valverde is approaching the Premier League. The former coach of Barça is on the Manchester United roster as a candidate for interim club coach, after the dismissal of Solskjaer. The red devils are looking for an option for the bench to take over the reins of the team until the end of the season, and they would have already contacted Valverde’s environment, according to England.

The Extremaduran coach is part of a list of candidates among which also rang Laurent Blanc, currently in the Qatari Al-Rayyan, or Ralf Rangnick. However, Manchester United’s long-term plans look in another direction. Specifically towards Paris, where it is Mauricio Pochettino. Long admired at Old Trafford, and a good friend of Sir Alex Ferguson, the man from Rosario is the great man to change the team’s course.

In fact, according to Goal.com, United would have already surveyed the coach himself. The response has not been positive, with Pochettino making it clear that he cannot leave Paris Saint-Germain before next summer. The former Espanyol coach has a contract with the French until 2023. In the next market an exit would be more feasible, and it is in this context where Valverde, as a temporary solution to the endless problems, have been ravaging the Old Trafford dressing room during the last decade.

Valverde, attracted by the Premier

Valverde He has not worked as a coach since he left Barça in January 2020. The Extremaduran decided to move away from the benches for a while, having rejected several proposals along the way. Some of them millionaire offers from Qatar or China. Now his environment would have reactivated the options to return to training, but in England. The Premier is an appetizing challenge for Extremadura, and Manchester United one of the best places to do it.

Last Tuesday, Valverde attended the presentation of the book by Iker Muniain in Bilbao. He greeted the protagonist and left as fast as he could, aware that with the rumors that had just come out in England and without wanting to remain in the spotlight.

For now, Manchester United will continue with Michael Carrick. The former footballer made his debut with victory against Villarreal, but from the club they have doubts about whether they can prolong the situation much. With Carrick, the entire staff of Ole Gunnar Solskjaer. The news did not sit well with part of the United squad, who preferred a more radical change.

Meanwhile, in Manchester devotion to Pochettino was unleashed. Dozens of United fans crowded around the Hotel Lowry, where Paris Saint-Germain stayed on the eve of the Champions League match with Manchester City. All of them cheered the name of the Argentine coach. In the pre-match, Pochettino was asked about the rumors about his departure to Old Trafford, in which he tried to pour water on the fire, but without ruling out anything: “I understand that people talk about these things & mldr; I do not know if it is positive or negative, but what I do know is that they do not usually distract me. I am happy at PSG, this is a fact and it is what there is & rdquor ;.

A complete menu of healthy and quick recipes in the walk...