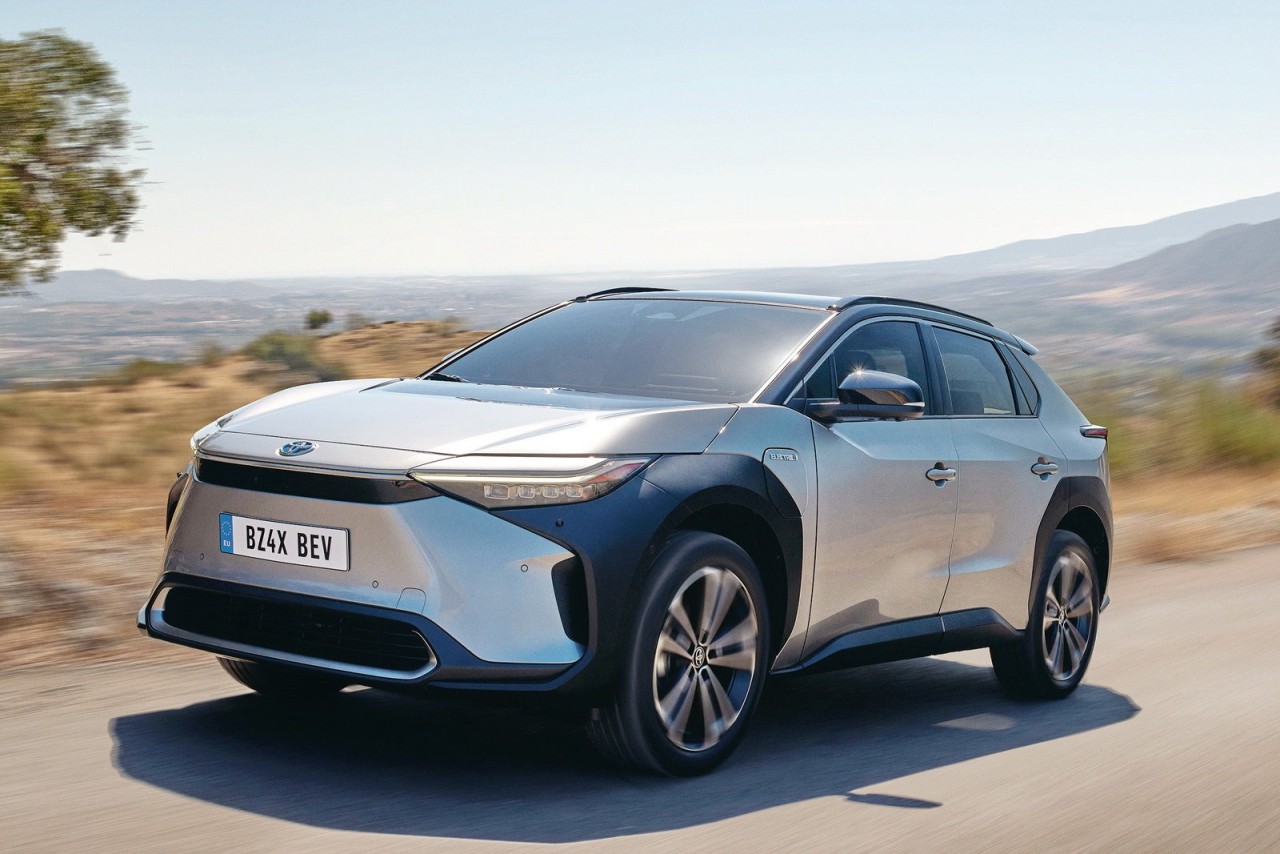 The new electric model of the Japanese brand is scheduled to arrive in Spain at the end of next summer. The Toyota bZ4X prepares its progressive landing in European markets, arriving with a couple of important and interesting details with which it will try to captivate customers interested in making the leap to electric cars.

The Toyota bZ4X It is the great bet of the Japanese in the field of battery-powered electric cars, where experience is not exactly what they lack. A new generation crossover based on a platform specially designed for zero emission models and with a design that is as modern inside as it is outside, with which they intend to stand up to all the competition, especially in a segment in which they have not been in business for a long time. are present, the«»D.

Because they abandoned it with the Avensis and the Camry, it really hasn’t gelled like they hoped it would. Now, with the bZ4X, they expect customers to make the real leap into full electrification. Space will not be lacking in the 4.69 meters long, and neither will technology, with an avant-garde and ergonomic driving positionsays Toyota, with the center console’s touchscreen at hand. But this It is not the true star argument of the new Toyota model, but its battery.

Index hide
1 The key to the new Toyota bZ4X will be its high autonomy
1.1 First contact with the Toyota bZ4X, the genesis EV (with video)

The new model promises an advanced level of technology in all areas, with wireless remote updates. In the future, the brand will also offer an interesting “by wire” steering system, eliminating the mechanical connection between the front wheels and the steering wheel. Only some electric motors housed in the front wheels will attend to the angle of rotation of the steering wheel to make the turns, with greater precision in the lines.

The Japanese firm will offer a lithium-ion battery placed between the axles that contains a net capacity 71.4 kWh in all versions, and of which it was known that the maximum autonomy was greater than 450 kilometers. However, this data has been more specified by the different divisions of the manufacturer in terms of prices and availability in national configurators. Thus, this figure will a minimum of 470 kilometers and a maximum of 516 kilometers. The minimum value corresponds to the four-wheel drive options and the maximum to that of the front-wheel drive versions.

First contact with the Toyota bZ4X, the genesis EV (with video)

Toyota offers an extended warranty, a paid option, with extra battery protection that will cover performance and up to 70 percent of it up to 10 years or one million kilometers traveled. Authentic record figures that are rarer to guarantee. The new bZ4X also has an on-board charger with 11 kW of power, and a “CCS2” type charging port that allows recharging 80 percent full capacity in just 30 minutes at charging points with a power of 150 kW.

Source: At the wheel