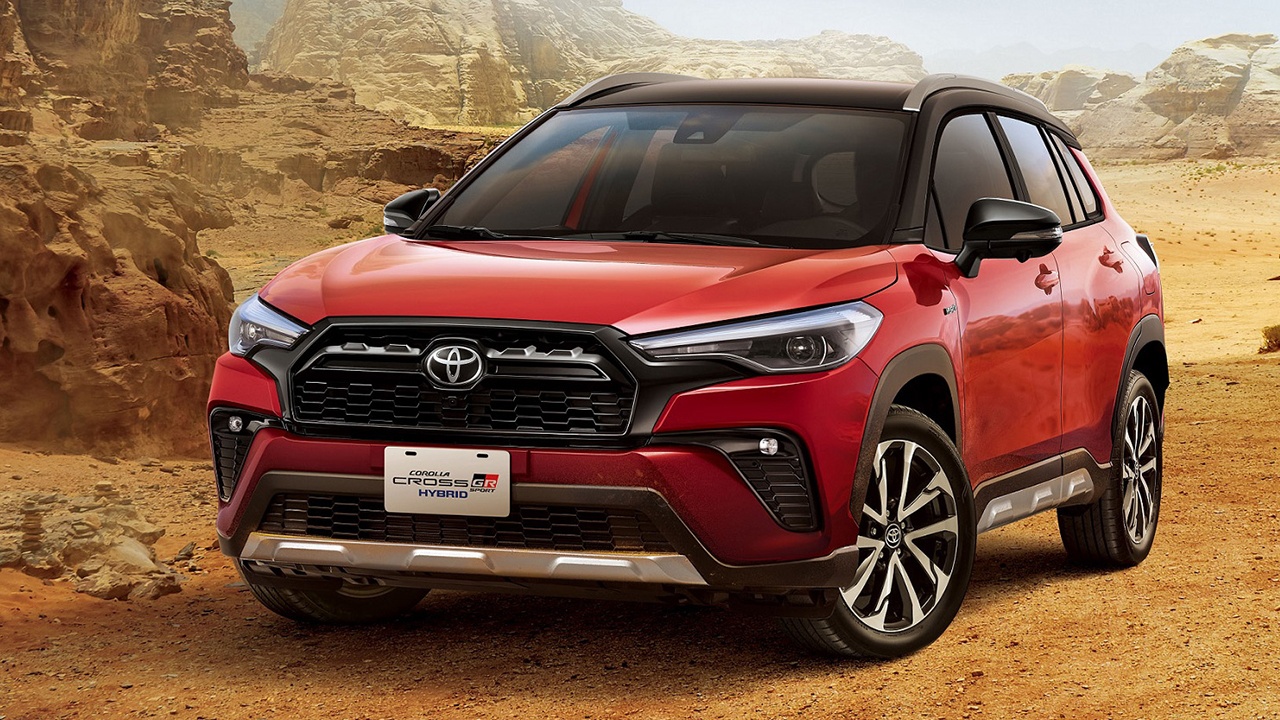 The Toyota Corolla Cross has a premiere. Toyota has enriched the range of its new compact SUV with the GR Sport trim level. The new Corolla Cross GR Sport sports a differentiated exterior appearance as well as several differentiating details in the cabin. It is available with a gasoline engine and in a hybrid version. It has been introduced in Taiwan.

Toyota has announced a very important novelty for the range of one of its new SUVs. The Toyota Corolla Cross, a compact SUV based on the successful and popular Corolla, is making its debut. And it is that he has received neither more nor less than the level of GR Sport finish. The Japanese model with hybrid mechanics now sports a more sporty and dynamic exterior finish.

The new Toyota Corolla Cross GR Sport has been introduced in Taiwan. This distant Asian country will be the first to enjoy this version. A launch that is part of an offensive of GR Sport models that Toyota is carrying out in Asia. The Corolla Cross has been chosen to give a boost to this commercial name that we quickly associate with sportsmanship and, above all, with Gazoo Racing.

The design of the new Toyota Corolla Cross GR Sport

How is it different from the rest of the versions? The images of the new Corolla Cross GR Sport that illustrate this article allow us to discover the most characteristic features of the vehicle’s exterior design. The front has been modified
and premieres bumpers, grill and fog lights that have been repositioned and are accompanied by black moldings. There are also some new vents.

On the other hand, and in parallel, to increase the feeling of robustness, the bumpers have part of their defense painted in matt silver. And in the same way, it should be noted that the body has a two-tone finish with the roof and exterior mirror housings in contrast. In addition, he wears some pretty 18 inch alloy wheels.

Finishing our tour of the exterior at the rear, in addition to the new bumper treatment, the insignia that refers to the GR Sport version has been incorporated. And if we venture inside, we will also find distinctive elements, although not so flashy. The seats, start button and infotainment system feature references to Gazoo Racing.

Beyond all these changes in the aesthetic and / or equipment section, Toyota has also made various adjustments to improve the vehicle’s behavior. That is why a sports suspension and a small reinforcement for the chassis.

The engines of the new Toyota Corolla Cross GR Sport

With regard to the mechanical section, Toyota will offer its Taiwanese customers the possibility of choosing between two very different engines. On the one hand, the new Corolla Cross GR Sport will be available alongside a 1.8-liter naturally aspirated gasoline engine that develops a power of 140 hp and 172 Nm of maximum torque. It is associated with a Super CVT-i automatic gearbox and a front-wheel drive system.

The other available option is, how could it be otherwise, a hybrid mechanics (HEV). The self-recharging hybrid powertrain consists of a 1.8-liter gasoline engine and is accompanied by a small electric motor. It reaches 122 hp and also has a front-wheel drive system. All of this is handled through an e-CVT automatic transmission.

The new Corolla Cross GR Sport is now on sale in Taiwan. The starting price is € 26,750 for the version with a gasoline engine. The Corolla Cross, while not available in Europe, is marketed in numerous global markets. In the American continent, it is playing a leading role in its competitive segment.

The 21 best offers for accessories, monitors and PC Gaming (MSI, ASUS, Lenovo …) in our Hunting Bargains