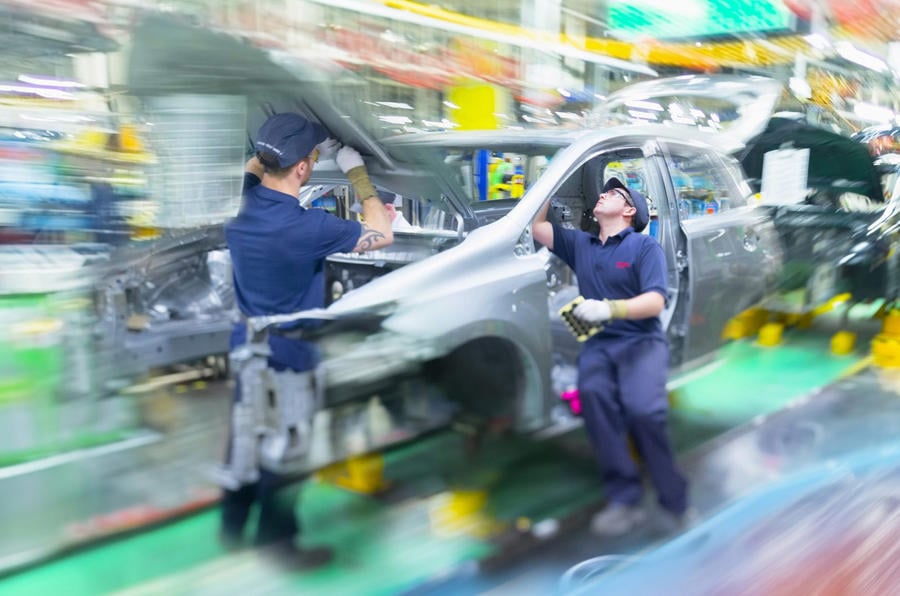 Manufacturers are expanding their traditional business areas and incorporating mobility. Following the example of Renault, Toyota is committed to remanufacturing so that other customers can re-release the same car after having gone through the factory again.

Toyota has a mobility branch called Kinto, which among other things offers a modality of leasing in which customers drive Toyota and Lexus brand cars, but do not own them. They only have to pay the monthly fee, refuel and pay the fines, everything else is included.

In the UK these contracts are typically two to three years, after which the vehicle is considered to have completed a ‘life cycle’. Typically, these cars are introduced to the used car circuit through their own dealers, in the equivalent of “Toyota Certified Used Vehicles”.

And why not offer the same car for Kinto One again, after leaving it as new? It is the idea that has been accepted for the British market, where there is a Toyota factory in Europe, TMMUK in Burnaston. There will be an area dedicated to the reconditioning of used cars.

Within this area the cars will be left as new, replacing all the components that are necessary, leaving the paint and sheet metal in a state of review, and exhaustive cleaning. In this way, the useful life of cars can be extended to a second and third cycle, as if they were new again.

Agustín Martín, head of Toyota in the United Kingdom, dropped some details to the middle dean Autocar: ‘I think we are familiar with the usual two to three year cycles that are so popular in the UK, but we have to go further and say’ okay, what about the second and third cycle? ‘

Well, both the second and the third client will pay their monthly fee in exchange for a practically new car, we do not know if they will make any discount, but at least they will have to notify the client that new new will not be, unless they change even the engine and batteries – in the case of hybrids.

From the third cycle Toyota intends to recycle vehicles, do not place them on the second-hand market, although this detail may not be the case. After all, the intention of the brand through Kinto is to keep the cars operational for at least 10 years, but after that date they would still have a lot of life ahead of them as used.

Read:  Toyota confirms changes to its GR010 Hybrid ahead of Sebring Prologue

Today Toyota customers who go to the official service to do preventive maintenance receive up to 10 years of guarantee, then the manufacturer believes in that useful life at least. The useful life of a Toyota can be substantially longer than 10 years, and of this there are plenty of examples -in other competing brands too, beware-.

The manufacturer wants to save on the environmental impact of making new vehicles, it is less expensive to “remanufacture” and recondition those that have already been manufactured. You also want to minimize waste. If they adhere to the latter strictly, it makes no sense to scrap cars that work well even if they are 10 years old.

Even the Toyota bZ4x, fully electric and soon to be sold, will be guaranteed the life of its batteries at 90% for 10 years

Welcome are these initiatives of circular economy to get more profitability from its assets, although the used car market is wise in that sense, and the useful life of cars is often squeezed to unsuspected limits. The difference and the nuance are in the “like new”, literally.

A couple of well-trained operators can leave a car completely disassembled – not piece by piece, but by modules – and leave it on the chassis in one or two working days. What can be used, is used, and what is not, is replaced by original components with specialized labor for the brand and models in question.

That is a good guarantee for the customer. Perhaps Toyota will be encouraged to do the same in France and in the Czech Republic, where it also has factories in Europe, although at the moment we only have evidence that it will be done in the United Kingdom. The UK Kinto website He still does not say a word about this initiative.

these Amazon accessories will make you enjoy the sun