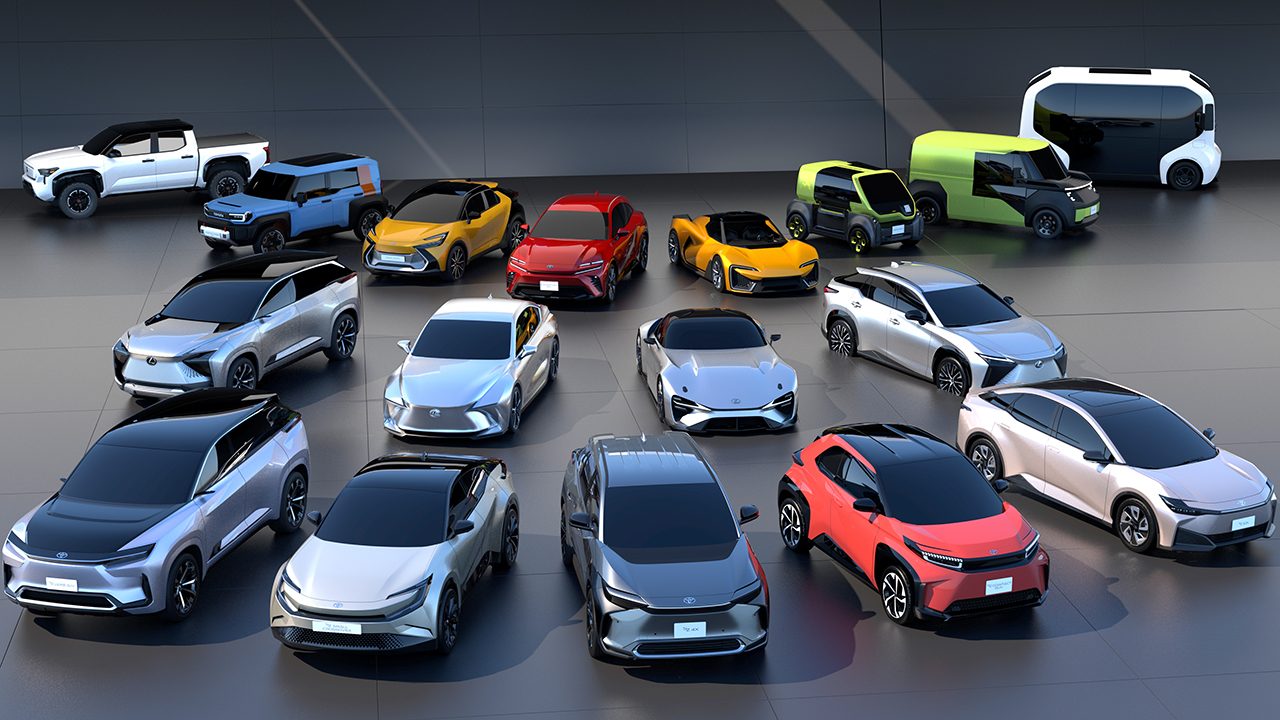 Toyota has revealed the main keys of the roadmap that it will follow in the field of 100% battery-electric mobility. By 2030, 30 new electric cars will be introduced. One of these models will be a small urban crossover that will follow in the footsteps of the Toyota bZ4X in Europe by being integrated into the beyond Zero sub-brand.

Toyota, one of the main giants of the global automotive industry, has held a very important event in which it has given the main keys of the strategic plan launched in the field of electrification at its highest level. Akio Toyoda, President of Toyota Motor Corporation, has been in charge of announcing the main aspects of the roadmap that the company will follow to be a global benchmark for fully electric mobility.

It’s official Toyota to launch 30 electric cars by 2030. An ambitious product offensive that will be key to achieving the goal of achieving global sales of electric vehicles of 3.5 million units in the same time. The new one Beyond Zero (bZ) sub-brand and Lexus will play leading role.

Index hide
1 Beyond Zero, the new members of the young family of electric cars
2 The new electric cars from Lexus
3 Toyota’s electric car sales in 2035

Beyond Zero, the new members of the young family of electric cars

The new Toyota bZ4X Soon to hit the European market is the first member of the young bZ (beyond Zero) family of battery electric vehicles. At the moment the company is working at full capacity to close all the details and be able to start serial production of a model that will be used as a spearhead. A model developed in collaboration with Subaru. Manufacturing of the bZ4X will take place at the Toyota factory in Motomachi, Japan.

The Toyota’s plans for the bZ sub-brand go well beyond the launch of a small number of electric vehicles. The bZ4X will be out of your alone in no time. In the event led by the top leader of Toyota, a preview of some of these new models that will be introduced for the aforementioned year 2030 has been shown.

Akio Toyoda placed special emphasis on various SUVs. One of medium size and one of compact dimensions. There will also be a small-size urban crossover specially designed for Europe and Japan. Setting the sights on Europe, after the bZ4X, the next model in the bZ range to land in dealerships is the urban crossover. Because small electric vehicles cannot equip large batteries, Toyoda stressed the importance of achieving a high level of energy efficiency. The target energy consumption is 125 watt-hours per kilometer.

Read:  Mikel Azcona achieves a memorable pole in Most to dream of WTCR

It has also had the opportunity to glimpse what the future mid-size electric saloon that the company will launch will look like. Similarly, a large SUV with three rows of seats is on the agenda.

The new electric cars from Lexus

Lexus is known for its commitment to electrification. Its commitment to hybrid technology is well known and now, the premium firm has started its transition process towards fully electric mobility. The Lexus UX 300e is just a glimpse of what is already on the horizon.

The Japanese luxury brand will go one step further in the short term with the introduction of the new Lexus RZ. A sports car with a low driving position, bold proportions and the ability to accelerate from 0 to 100 km / h in 2 seconds, will be combined with a range that exceeds 700 kilometers. And what is equally important, the door is opened to the use of solid state batteries.

One of the electric models Lexus has on the agenda should play a huge role. And it will be influenced by the iconic Lexus LFA. A high-performance, fully electric sports car that will also offer a high level of exclusivity.

Toyoda stressed that the majority of electric vehicles that have been shown during the press conference will reach the market in the coming years. Thus, the door is opened to a electric pick-up and even a Compact cruiser also with electrical mechanics.

The company’s goal for 2030 is to achieve global electric vehicle sales of 3.5 million units. In the specific case of Lexus, the established premise is that it has a complete range of electric cars for said year and that they represent 100% of its sales in Europe, North America and China. By 2035 it will go one step further since the ultimate goal is to make Lexus a 100% electric brand.

Serbia protests to Australian ambassador in Belgrade over Djokovic case

Tennis player Elena Rybakina, qualified for the semifinals of the Adelaide WTA 500 tournament

Assertive indifference will help you in your personal relationships