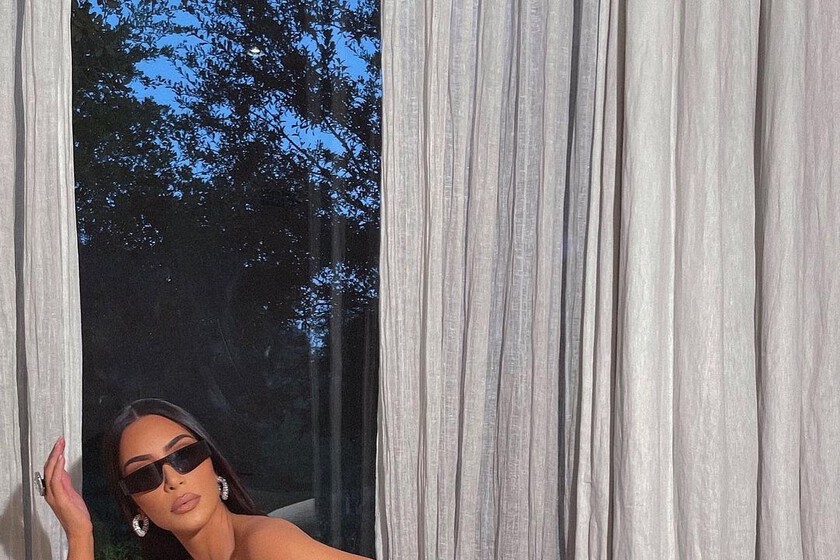 Kim kardashian She has shown over the years that she is a woman true to her tastes. If a few years ago you became obsessed (in a good way) with vintage Thierry Mugler garments or Versace, now all her love and attention is focused on Demna Gvasalia’s designs for Balenciaga. After showing off an endless number of pink proposals, the businesswoman captivates us with a black party look.

We know that it is unlikely to wear Balenciaga at Christmas (basically because of the prices that are shuffled in the brand), but for that reason we do not stop admiring their creations. Serving us as a base of divine inspiration, Kim Kardashian has captivated her audience with this perfect look for these holidays.

A sequined strapless dress with a large cut to the skirt takes center stage. Its drama is enhanced by the black lycra boots / leggings that have been worn so much this season and that help create a wonderful effect. In addition, the futuristic sunglasses add a touch of the coolest Matrix (why are we going to fool ourselves) and end up rounding out an honor plate styling.

Either creating a similar style with pieces low-cost or wearing this look in dreams, the businesswoman re-ignites the RRSS with her mere presence.

Linen in its most formal facet stars in your summer outfits with the perfect shirts for summer that we find (with a discount) in...

five premieres that hit it this week