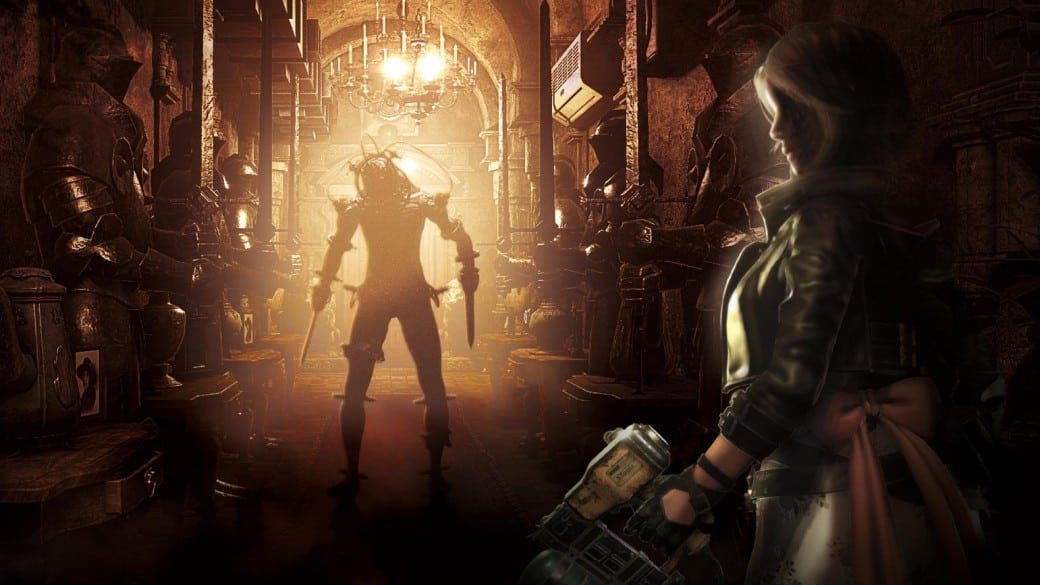 Tormented Souls came to the market a few months ago as a proposal that intended to return us to classic survival horror. With a plot very similar to that of cult classics of the genre, such as the first Resident Evil or Haunting Ground, Tormented Souls manages to take us back to the golden age of the genre, although presenting certain flaws that hinder the playable experience. This is ours Tormented Souls review for Xbox Series X | S.

Tormented Souls is the debut title from Dual Effect Games, a small studio located in Chile. Being their first game and the low budget they had to create it, the team’s talent for developing video games is indisputable and we certainly hope to know what else they have in store for us in the future. But Dual Effect Games has not been alone in the development of Tormented Souls, because it has had the support of Abstract Digital Works; Chilean video game company that was founded in 2013 and currently has 15 professionals. This studio not only performs video game design functions, but also provides marketing, advertising and distribution support for small studios.

Finally, Tormented Souls arrives distributed with the support of Pqube Games, internationally recognized British video game distributor and creator, especially in independent games. Some of the games that we have been able to enjoy thanks to it have been New Super Lucky’s Tale, BlazBlue, Guilty Gear or Shantae: Half Genie Hero among others.

“As Caroline Walker, you will have to explore the terrifying corridors of an abandoned mansion, to discover what happened to two missing twins. But you will not be alone. You will have to solve puzzles, face the most sinister enemies in deadly combats, without being able to escape from an endless nightmare. Can you face your fears and discover the secrets of Winterlake … or will you die trying?

Tormented Souls offers us a classic survival horror, whose initial proposal is reminiscent of the titles it is inspired by, such as Resident Evil or Alone in The Dark. The game begins when our protagonist, Caroline Walker, wakes up in Winterlake Hospital, not remembering how she got there. Our objective will be to investigate the place where we are to discover what is behind the disappearance of some twins and what Caroline has to do with all this matter. But our protagonist will not be alone, because the hospital is populated by enemies who will finish her off as soon as they can.

The game is a classic survival horror, in the third person and fixed cameras, which follows the usual scheme of games of this genre: varied enemies from which it will be better to escape, low ammunition, medicines to recover life and puzzles that we will have to solve in order to advance and unlock new areas. Regarding the enemies, we must highlight the interesting design work of its creators, both from the aesthetic point of view and in the fighting. Throughout the game we will find different types of monsters, which will attack us and follow different patterns, so we will have to be very careful and keep our distances with them, because their blows will be fatal. To end them we will, of course, find different weapons, although the most efficient and effective will be the nail gun. But, as is often the case in this genre, the nails will be scarce throughout the adventure, so we better ration them and take advantage of other more durable weapons depending on what you fight.

The same will happen with the morphine that we find and that acts as a medicine, because it will not be too frequent (not to say that there are practically no bottles), so we better treasure it. Another element that Dual Effect has designed quite correctly are the puzzles. These are quite present in the adventure, they are varied and it will not cost us too much to do them, which is appreciated in games of this type. And we can’t stop talking about one of the most interesting aspects of the game, both artistically and playable: the use of light.

Read:  Xbox once again reinforces its RPG bet after the purchase of Activision-Blizzard

In Tormented Souls, darkness equals death. So Caroline will be equipped with a lighter, which will be of special use to us to cross the dark areas, frequent in the game, and prevent us from getting lost in them, dying as a result. But the lighter and the use of light will not only serve to pass through these areas without further ado, but it will also be useful to overcome certain puzzles, in which Tormented Souls will force us to play with light and know how to use it in order to advance.

However, despite the interesting proposal presented by Tormented Souls, the game fails in its execution. If there is something that characterizes the classic and good survival horrors, such as the first Resident Evil, Alone in The Dark and Silent Hill, it is the proportion of elements that they offer the player; Although it is a complicated genre, the games are very balanced in terms of enemies, ammunition and medicines and save areas, making the experience somewhat complicated but balanced. But all this is lost in Tormented Souls, because the game goes beyond the difficult to become disproportionate. The map is not entirely well designed and the areas are quite wide, without the game telling us well what we have to do. So it will be common for us to get lost and spin around aimlessly.

This is even more complicated with the enemies, because they are quite resistant and we will hardly find ammunition to be able to face them in conditions; especially if they attack us in a group. And all this taking into account that the save rooms are conspicuous by their absence, becoming frustrating for the player not knowing where to advance, dying due to not having enough ammunition and having to start from the last save area found, which perfectly it can be found half an hour back in the game. All this would have been solved with automatic control points or a little more ammunition and morphine, without this having meant losing that playable difficulty that characterizes this genre so much.

Without a doubt, one of the elements that we have to highlight the most of Tormented souls it’s your precious artistic design and the excellent use that the game makes of lighting. It is common for independent horror titles to stand out in the visual design, something that in Tormented Souls is no exception. The hospital is full of details that make us feel part of it and move us to a vintage hospital. The enemies marry perfectly with the rest of the game, picking up aesthetic elements that always triumph in games of this type, such as wheelchairs, gas masks and the like. Something that manages to remind us of titles like Haunting ground, game with which Tormented Souls has a lot of similarities, or Resident Evil Remake.

As we have already mentioned, the use of light is very interesting at a playable and visual level, recalling experiences such as those lived in Silent Hill 2, in terms of the play of light and shadow to achieve that disturbing and pessimistic environment in which the game unfolds. Other elements such as the use of mirrors to “travel” between worlds, music, ambient sounds and melodies that sound in the save rooms are well implemented and are sure to delight fans of the genre.

Technically, Tormented Souls is correct, surprising for being an independent game and the first title from its creator studio. The game comes subtitled in Spanish and with a duration that probably ranges between 10 and 15 hours, although it may be shorter if you prefer to play with a guide (which we highly recommend to better enjoy the experience).

Conclusion: a correct game although with playable defects

Tormented Souls could have been a round game if it had managed to better balance its playable aspect. Elements such as an unclear map, unintuitive design when guiding the player, few save points or the difficulty of the enemies tarnish an experience that would otherwise have been ten. Even so, it is a curious game, full of nods to the genre and that will undoubtedly delight the most purists of the most complex survival horror experiences.