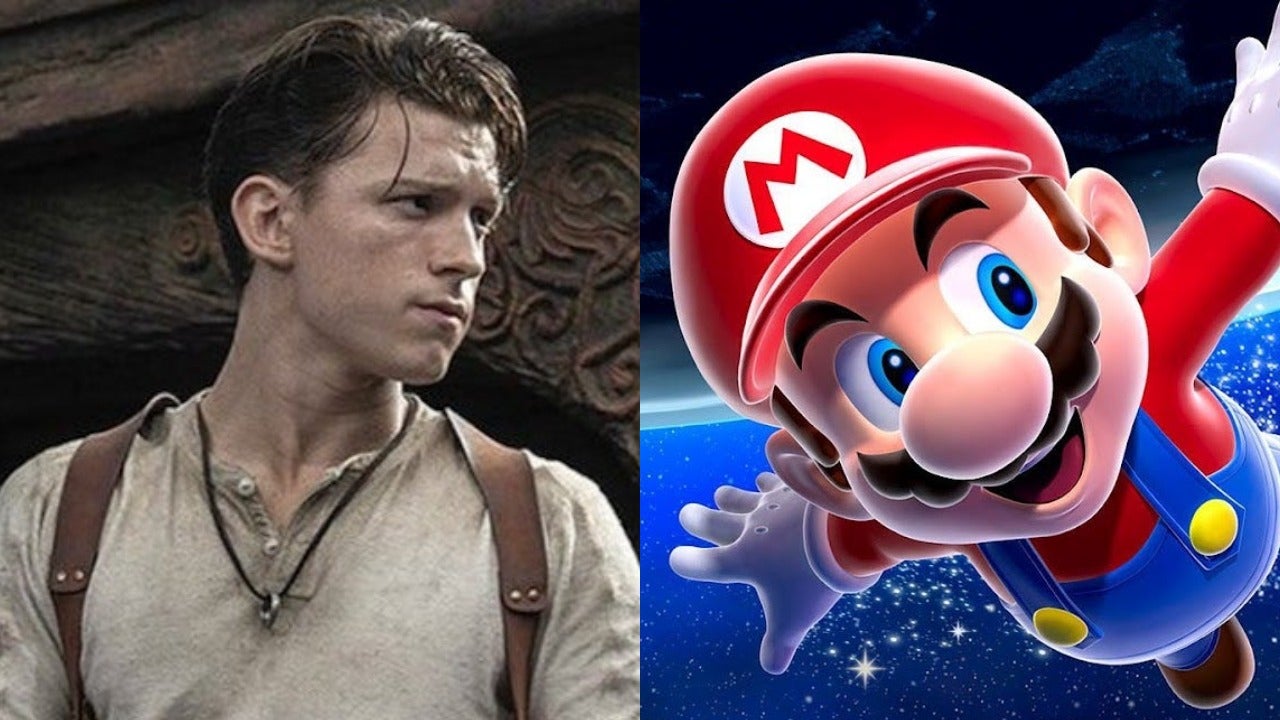 Index hide
1 The world of gaming continues to enter Hollywood and we bring you 5 series and movies based on video games that arrive in 2022. Check the list here!
1.1 Uncharted
1.2 Halo
1.3 Super Mario Bros. The Movie
1.4 The Cuphead Show
1.5 resident Evil
2 Share it with whoever you want
3 Related Posts

The world of gaming continues to enter Hollywood and we bring you 5 series and movies based on video games that arrive in 2022. Check the list here!

The 2022 seems to be the year gaming in any format, whether in the form of videogame or of series or movie. Some of the most anticipated releases are the sequel to the Horizon, Horizon Forbidden Westthe sequel to Zelda or God of War: Ragnarok. But as for the series and movies based on video games that arrive this year, there is a very interesting list to put down the joystick and relax in the cinema or on the couch. In geeky culturewe bring you 5 of them that you cannot miss.

One of the most anticipated movies by fans of Sonyand arguably also those of Tom Hollandis Uncharted. In it we will see for the first time the beloved protagonist of the famous video games of PlayStation, Nathan Drake along with your mentor/friend, Victor Sullivan. From what could be seen in the trailers, The movie is going to have a couple of winks that are quite noticeable for video game fans, such as the plane scene.

In the movie, we will see the first adventure of Nathan Drake (Holland) and how he knows Sully, in this case interpreted by Mark Wahlberg. In an epic action adventure that spans the globe, they embark on a dangerous quest for “the greatest treasure never found before” while tracking down the clues that could lead them to the brother of Nathanlost long ago. Uncharted arrives in Argentine cinemas this February 11.

One of the latest series announced is that of Halothe saga of video games that come exclusively from the hand of microsoft. With a season of less than 10 chapters, Halo It will have deep personal stories, but at the same time full of action, adventure and a richly imagined vision of the future. It will follow the epic 26th century conflict between humanity and an alien threat known as Covenant but it will not follow the story of the games.

The series for the public latin america will premiere in Paramount+. Although the platform is available on the continent, the content it offers is different from that of U.S. This, however, is not certain, so we will have to wait until the premiere of the series during the course of this 2022 to see how and where it will arrive.

One of the films that nobody expected, but that we didn’t know we needed either, is Super Mario Bros. The Movie. At 2021 Nintendo Directthe renowned company that owns Mario announced that in 2022 would come an animated film centered on the beloved characters that made the franchise famous by the hand of IlluminationEntertainmentcreators of the Minions.

Read:  This Huawei tablet with Android and Google Apps costs only 130 euros and is ideal for watching series, browsing or playing games

But what surprised everyone was the cast that the film has: Mario will be Chris Pratt (Guardians of the Galaxy, Jurassic World). The actor is joined Anya Taylor-Joy (Queen’s Gambit) What peach, Charlie Day (Horrible Bosses) What Luigi, Jack Black (Tenacious D) like Bowser. Later Keegan-Michael Key will make Toad Y seth roden will play Donkey Kong. The movie reaches US theaters on December 21.

One of the most successful video games in recent years was Cupheada run and gun with animations similar to those of the 30spublished by StudioMDHR. Its colorful characters arrive in series format thanks to the platform of streaming Netflix.

The series will follow the “unique misadventures of the lovable and impulsive scoundrel Cuphead and his cautious but easily influenced brother mugman” and will have 12 episodes of only 12 minutes each. The Cuphead Show arrives on the screen of Netflix this 1February 8th.

resident Evil It could be considered one of the video game franchises that received the most adaptations, with the last one being the movie by 2021 Resident Evil: Welcome to Raccoon City. Y Netflix will be in charge of adapting the video game once again, but this time in the form of a series.

The official synopsis of resident Evil He says: Almost three decades after the discovery of the T virusan outbreak reveals the dark secrets of Umbrella Corporation. In the first timeline, the fourteen-year-old sisters Jade Y Billie Wesker they move to New Raccoon City. A manufactured corporate city, which was imposed on them in full adolescence. But the more time they spend there, the more they realize that the city is more than meets the eye and that their father may be hiding dark secrets. Secrets that could destroy the world.”

As the series takes place in two time lines, the second line will show us a quite different panorama. “Less than fifteen million people remain in the Earth. And more than six billion monsters: people and animals infected with the T-virus. Jade, now thirty years old, struggling to survive in this The new World, while the secrets of her past, about her sister, her father and herself, continue to haunt her.. The series does not have a confirmed release date, but it will come sometime in this 2022.

There are many other series and movies that were left out of this list, but did not make it because their premieres are not this year. One of them is the series HBO that has everyone waiting for its first trailer, The Last Of Us. Anyway, it’s interesting how slowly the world of video games reaches more people thanks to adaptations. And it is also interesting to see how the adaptations of now are quite attached to the canon of video games.