Bullfrag
Home Entertainment “Too many Marvel movies are nothing more than a cut and paste... 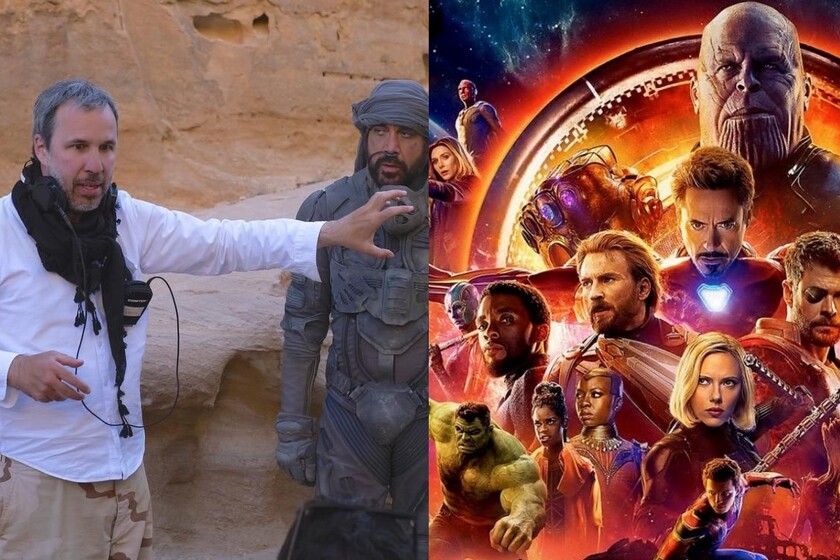 A few statements from Martin Scorsese about superhero cinema they raised the controversy a couple of years ago. In them, the director of ‘The Irishman’ defended that those films were not cinema, but “amusement parks“. It has now been Denis Villeneuve who has made it clear that he is not a great follower of the Marvel adventures.

“They have turned us into zombies a bit”

In an interview with El Mundo on the occasion of the promotional campaign for ‘Dune’, Villeneuve pointed out that the majority of Marvel films they look too much like each other:

Perhaps the problem is that we are in front of too many Marvel movies that are nothing more than a “cut and paste” of others. Perhaps these types of movies have turned us into zombies a bit … But big and expensive movies of great value there are many today.

And it is that the own director of ‘The arrival’ also defends in the interview that “I have never felt like a loss or an impediment to have a generous budget to do what I wanted to do“It is clear that he refers to both his latest work and ‘Blade Runner 2049’, but he has no problem in pointing to Christopher Nolan and Alfonso Cuarón when it highlights filmmakers capable of making a movie “on a big budget” that are “at the same time artistically relevant“.

I suspect that Villeneuve’s words are doomed to be controversial, since the Marvel Universe has millions of followers, being the most popular film franchise today. For my part, what of some are perhaps too similar to each other I see a fairly accurate statement. After all, any studio will prefer to bet it safe when it knows that something works, and very well, at the box office.

Read:  The 8 best animated series you can see on STAR +

Barcelona trusts the Depay-Benfica connection to regain prestige in Europe