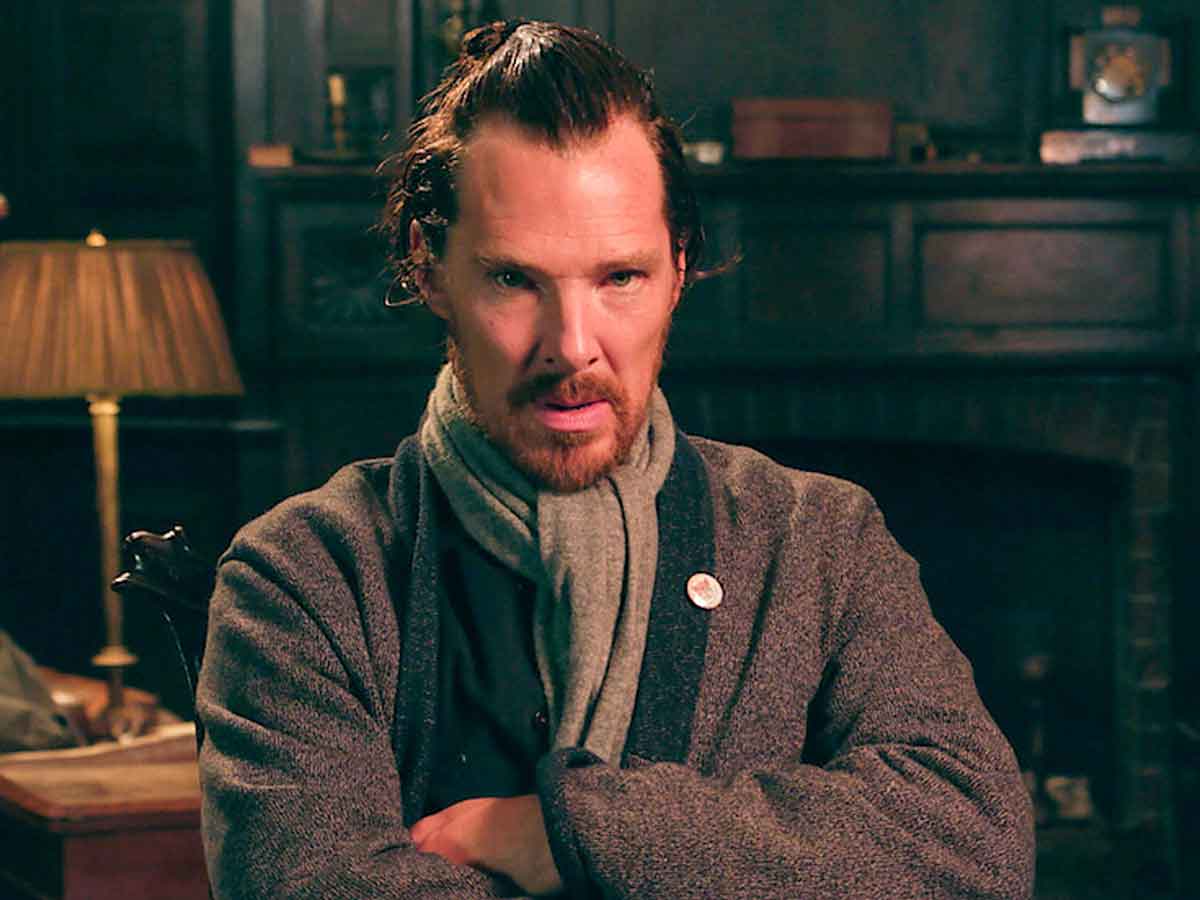 Share
Facebook Twitter LinkedIn Pinterest Email
Index hide
1 Tom Holland interviewed Benedict Cumberbatch and talked about his role in The Power of the Dog, “I really hated you”
1.1 He also said that he really needed to live a life like Phil’s, so he went to Montana.
1.2 You can watch the video below:

Tom Holland interviewed Benedict Cumberbatch and talked about his role in The Power of the Dog, “I really hated you”

Spider-Man: No way home star Tom Holland interviewed Benedict Cumberbatch about the preparation, demands and challenges of playing Phil Burbank in the film the power of the dog from Netflix directed by Jane Campion, which casts him as a charismatic but troubled rancher who torments his brother, played by Jesse Plemons, his surprising sister-in-law Kirsten Dunst, and their young son, newcomer Kodi Smit-McPhee.

Benedict Cumberbatch followed the method for the role and the results have been impressive: He’s currently nominated for a Screen Actors Guild (a seventh SAG nomination overall with no wins) and has earned nearly two dozen critics’ panel honors, more than any actor this season.

But before questions were raised, Holland had nothing but praise for his partner in No way Home. “Congratulations friend, the film is impressive”Tom Holland told Benedict Cumberbatch during an online event for voting members of the Academy, SAG, PGA and other industry guests. «Is incredible. The movie is so shocking and so heartbreaking and the intricacies of your character – I’ve never seen a character quite like this.”

He went on to say that he came to see the film from a “privileged point of view” because he knows Benedict Cumberbatch very well. “When I meet you at the beginning of the movie, I’m like, ‘Wow, that’s not the Benedict I know. What the hell is happening here?’ For the first time meeting you, I really hated you. I thought you were horrible and so, just, grotesque and horrible. As the movie goes on, what I loved was that it has these themes of gaslighting and toxic masculinity, but it explores the problem rather than the problem just being there. Not that his actions are justified in any way, but you understand why he is the way he is.”

Benedict Cumberbatch as humble as ever gave credit to Campion and novelist Thomas Savage, whose book was adapted for the screen by the author. He said he has received a variety of reactions from viewers, some of whom, like Holland, found the film difficult to watch. “His behavior, as you said, is disgusting. I’ve had some reactions, from people saying, ‘I can’t watch your whole movie. You’re so horrible,'” she explained. “So I get the reaction from people that they go back to it, maybe a second time, or even like you, they start in this position of being repelled and then they lean in and see it for what it really is, which is a figure. tragic”.

The pair then dove deep into a conversation about toxic masculinity, repressed sexuality, the root cause of Phil’s behavior, Holland’s interpretation of the story, and the performances of Cumberbatch’s co-stars. Holland asked Cumberbatch to open up about his process for achieving the level of authenticity the role required, as he played the banjo, rode a horse, rolled cigarettes, tied ropes, etc.

“I went from the inside out on this one. First, source material wise, the book is an incredible blueprint for character and physicality, even, and a bit like Watson describing Sherlock. There’s such a detailed kind of understanding, visually, for me of who this character is.” he explained before pointing out how important the costumes were in helping him find Phil’s balance. “That’s when it turns from the outside in, that’s the time when you have a dress rehearsal. Kirsty [Cameron], our costume designer, was fantastic. I really fought for those overalls, the bibs. Everyone was like, ‘Ah, they don’t look heroic enough.’ I said, ‘This is authentic. I need to use them. I really need to use them.’”

He also said that he really needed to live a life like Phil’s, so he went to Montana.

“The dirt, the feeling of sweat, smell, stench, blood, tendons and shit, all of that had to be real,” He said. “I went ranching there with an amazing cowboy named Randy and his wife, Jen. They put me up on their farm, which sits on this amazing flat prairie overlooking what the local tribe calls the backbone of the world, and it really is. it was magical. And then they took me all over the state of Montana to two very different wonderful ranches where I experienced cattle branding and herding, while also being constantly taught how to lasso, how to braid, trying to correct my mistakes as a horseman, and on top of that an English horseman. I learned from it. I learned by watching men and women who do it for a living.”

They then discussed the process of working with McPhee. “Working with Kodi was just a dream, and because we were more intimate in that relationship, I was able to be much more on the same page with Kodi. It was once or twice that I let my guard down as a character all day, every day because I felt like we both needed to do that dance so well at the end.”, He said. “We weren’t talking about what effect we wanted it to have, but rather we were encouraging each other as actors rather than just being in character all the time. And we’re both terribly giggly, so we used to laugh a lot in rehearsals. We laughed a lot on set, which probably undermines the gravity of those moments. But we were engaged.”

At one point, Cumberbatch took a moment to congratulate Tom Holland on his performance in the drama. Cherry by Joe and Anthony Russo. “You are fearless in what you did in your craft in that film, and so are Anthony and Joe and their uncompromising gaze, and so is Jane”Cumberbatch said, mentioning the Russos, who directed them both on deliveries of Avengers: Infinity War and Endgame.

He also took a moment to thank Tom Holland for taking his time in the interview, especially now after the success of No Way Home. “It means the world, as a friend and someone who is experiencing what you are experiencing. Sharing a little bit of Spider-Man with you, and the phenomenon that he’s become, and just watching you and working with you on other things as well.”, He said. “It’s amazing to think that you’re almost at the beginning. You’ve already accomplished a lot.”.

Holland returned the praise. “Honestly man, I was blown away by the movie and knowing you as well as I do, you don’t need me to tell you how amazing of an actor you are, but it’s an amazing movie.”, He said. “No one could have done better.”

You can watch the video below: