Bullfrag
Home Technology Automobiles TOGG, the Turkish manufacturer, already has the first chassis of its future... 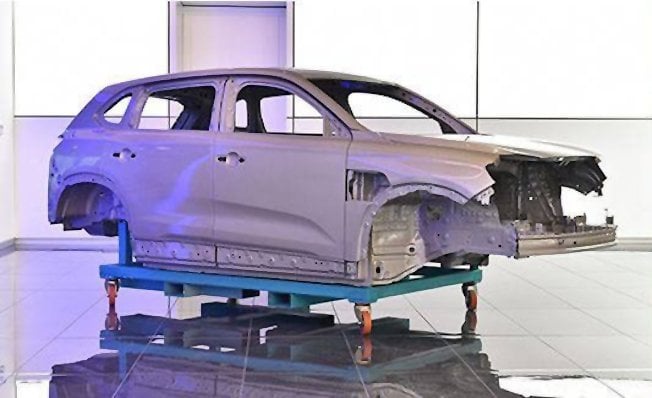 Turkey has an automobile industry and has several factories, but practically all of them are controlled by foreign companies. TOGG was born as the dream of a completely Turkish car, even at its conception. They hope to start serial production next year.

The first time we talked to you about TOGGIt was at the end of 2019, when its first prototypes of an SUV and a saloon, its first modern ones, were presented. Actually, TOGG’s origins go back a few years, when President Erdogan fantasized about a Turkish brand.

TOGG comes from the acronym of “joint investment Turkish automobile group”, since it is owned by different companies, five of them with each 19%, and the last one with the remaining 5%. Its foundation was in June 2018, and two years later the works of its first factory began.

The Turkish automobile industry is basically dedicated to assembling foreign engineering vehicles, without its own manufacturers

On July 18, 2020, work began on Gemlik, in the province of Bursa. The site will cover 400 hectares, is located in a strategic location with a nearby port, a free trade zone, and a supplier park that supplies subsidiaries of Fiat and Renault, etc.

TOGG’s official Twitter account (@ TOGG2022) posted this image on Sunday. It is the first finished shell of the SUV, a big step forward for an emerging manufacturer, although it is a long way from being a finished car.

The assembly has been carried out in Gebze – the manufacturer’s headquarters – with all the components of Turkish origin. In fact, the vast majority of TOGG’s suppliers are based in Turkey, although foreign companies still need to lend a hand. The first prototypes were made by Pininfarina in Italy.

If all TOGG plans are fulfilled, production will start in 2022, but rather at the end of the year, as they advanced in another tweet dated July 14. The main manufacturing facilities are not finished yet. Months to go before even pre-series can be built for testing.

READ:  The prototypes of the new BMW X1 2023 show their production lights

In another tweet from a month agoOn June 18, they indicated that the dream had already been waterproofed, the basic iron structure was ready, and the concrete foundation work would have been completed. A lot of work is ahead.

TOGG wants to start directly producing electric vehicles, and the reasons are various. This avoids the entry barriers of the EU Euro 7 regulation, it greatly simplifies production (and is cheaper), it can be more dependent on suppliers, etc.

For example, the company that will supply the lithium for battery cell production will be Pharasis, with whom he signed a memorandum of understanding in October 2020. The batteries will be developed, produced and packaged within Turkey as well.

And this is the sedan prototype

Its first launch will be an SUV -unnamed- at the end of 2022, followed by the sedan two years later, both framed in the C segment. Later, towards 2030, they will have a compact model, a crossover of segment B and even a minivan of segment C. They are very popular segments inside and outside Turkey.

The basic versions will be rear-driven, with a 200 hp electric motor, and above there will be all-wheel drive versions with two engines and about 400 hp. The batteries will provide autonomies of more than 500 kilometers in the superior models and will admit quick recharges of less than half an hour.

Slowly, the electric car market is starting to boil, with several medium-sized companies putting the status quo from traditional manufacturers, immersed in an accelerated transition from combustion vehicles to fully electric vehicles.