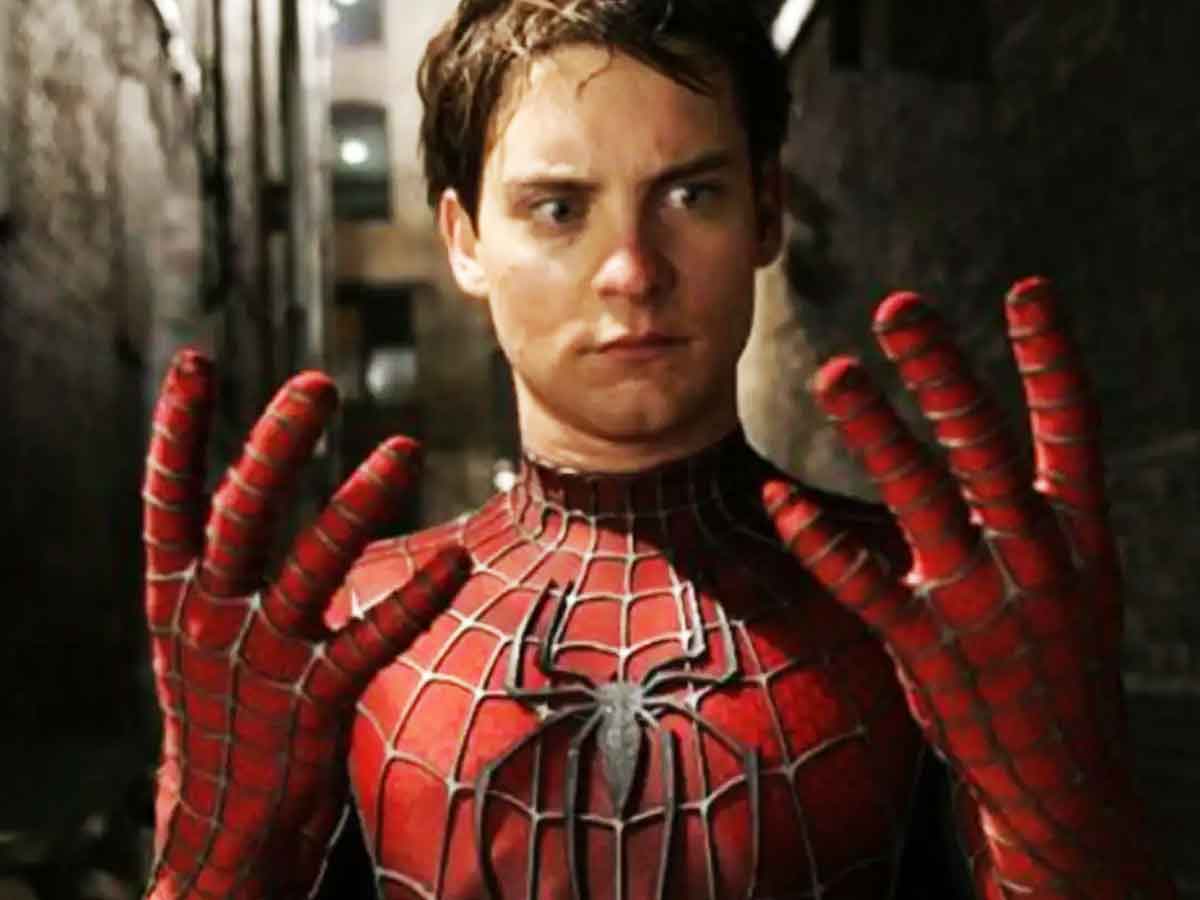 Share
Facebook Twitter LinkedIn Pinterest Email
Index hide
1 Actor Tobey Maguire has stayed out of the media explosion since Spider-man: No Way Home was released… Until now!
1.1 He also talked about what it was like to put on the costume of the beloved hero again.

Actor Tobey Maguire has stayed out of the media explosion since Spider-man: No Way Home was released… Until now!

Marvel Studios has a new success, since Spider-Man: No Way Home It has already grossed more than 1,693 million dollars in theaters around the world and the number does not stop rising. One of the great successes is that they have brought together different versions of peter parker performed by Tobey MaguireAndrew Garfield Y Tom Holland.

Now the actor Tobey Maguire wanted to give an interview reviewing everything he has experienced in his epic return to spider-man:

“In the first conversation with Amy Pascal (SONY) and Kevin Feige (Marvel Studios), it was clear the intention, the kind of love and celebration of these films and what it meant. For Amy, Kevin and myself, when the artists or, you know, the people who are directing the creative process have some kind of authentic, genuine intention of celebration and love, it was so evident in both of them that, I don’t know, I just wanted to join in. to that And I’m a big fan of Tom Holland and those movies and also Andrew Garfield. So, it was definitely intriguing, but yeah, I was also thinking, Well, what are we going to do? And that was a bit of a mystery.”

“I appreciated what was shared, but it was really about meeting these people and reviewing what was part of my story and having the opportunity to come together. There’s also personal things, which are kind of resolutions or a way to revisit and I’m not quite sure how to say it, just to go back to that and, I don’t want to say like closing the chapter, but to revisit and have certain resolutions and just join this loving creative spirit.” revealed Tobey Maguire on what it was like to join the film Spider-Man: No Way Home.

Read:  "There was a lot of coordination," Kevin Feige on Venom 2 post-credit

He also talked about what it was like to put on the costume of the beloved hero again.

“It was awkward to put on and then it’s silly, and then it also has a power, in a sense, because it brings me back to that character. It really does. There’s so much affinity with this character, because Spider-Man means so much to so many people, that once the nonsense of being in lycra or spandex wears off, you’re like, Oh wow. This is great. This is a responsibility, but a blessing, as something that I can do and for which I am grateful. Honestly, being with these guys, it really was a much, much richer experience than I anticipated or could really put into words.” Tobey Maguire said.

“Just to be able to be there with these guys in their suits and whether it was us dancing or playing scenes and improvising or feeling that sense of service to each other and to character, to be of service to humanity. It really gives some perspective. It felt super safe and like we were all on the same team and all supporting each other and that just brought this, I don’t know how to put it any other way than this really loving and fun creative experience.”

“I was just sitting in gratitude every day, which isn’t always the case when you’re working on something, even from the standpoint of trying to figure out what you’re doing and it wasn’t without its challenges, but it all just kind of unfolded. the way I needed. I also had a sense of this kind of destiny, so I guess the suit was the gateway to that.” concluded Tobey Maguire.

The movie Spider-Man: No Way Home it’s still in theaters. While the rest of deliveries of Marvel Studios can be seen in the Disney Plus streaming platform.